Jorge Vega from Granada was crowned champion of the Intervera ABS 3,000 tournament. 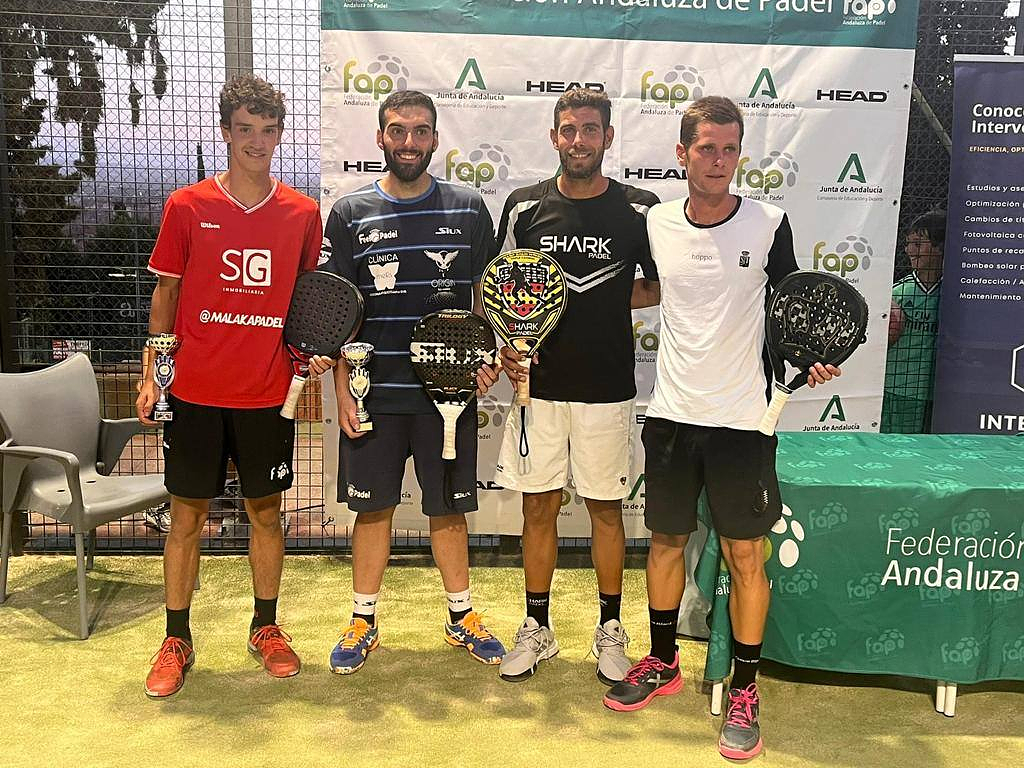 Jorge Vega from Granada was crowned champion of the Intervera ABS 3,000 tournament. It took place at the Royal Tennis Society of Granada. The event saw 64 of the top players from Andalusia participate in a three-day tournament that opened the summer season.

A spectacular final was enjoyed by more than 300 people. It featured the number 1 seeds, Jose Maria Benavides of Granada, and Fran Tobaria, from Malaga. The number 5 seeds Jorge Vega, and Pablo Reina, both from Granada.

The Granada duo won every set in a thrilling tournament. They met their big favourites in the final, but they played an amazing match with many spectacular plays, and won 6-4, 6-1.

The tournament was concluded with the presentation of prizes and trophies.

‹ ›
Keywords:
JorgeVegaPabloReinaSorprendenImponenTorneoIntervera
Your comment has been forwarded to the administrator for approval.×
Warning! Will constitute a criminal offense, illegal, threatening, offensive, insulting and swearing, derogatory, defamatory, vulgar, pornographic, indecent, personality rights, damaging or similar nature in the nature of all kinds of financial content, legal, criminal and administrative responsibility for the content of the sender member / members are belong.
Related News