In the case of the soccer betting plot, the FEF will be present

The Spanish Football Federation (FEF), will ask to appear in an open case at a Sanlucar de Barrameda, Cadiz court for "Operation Conifer", which allowed the dismantling a group that was dedicated to fixing matches in First and Second RFEF, and the Gibraltar National League. 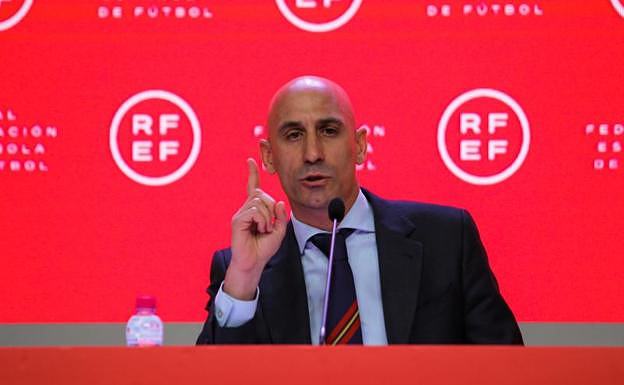 The Spanish Football Federation (FEF), will ask to appear in an open case at a Sanlucar de Barrameda, Cadiz court for "Operation Conifer", which allowed the dismantling a group that was dedicated to fixing matches in First and Second RFEF, and the Gibraltar National League. The plot was thwarted and 21 people were taken into custody. Twelve of these are active soccer players from six teams in Extremadura and Andalusia. They are accused of defrauding more than 500,000 euro.

Luis Rubiales, the chair of the body, congratulated the General Directorate for the Regulation of Gambling and the National Police Center for Integrity in Sports and Betting, "for the development of the operations, which began from an alert transmitted to the Department of Integrity and Security of the FEF," according to what the federal entity highlighted on Friday.

"That alert was transmitted in May 2021 by the FEF Integrity Department, which was then transferred to the DGOJ who, in turn, passed it on to the Cenpida, the National Police. This is the police unit that carried out the actions now revealed by the Investigating Court 4 in Sanlucar. Cenpida and the DGOJ were congratulated by the FEF. This statement highlights the importance of cooperation between sports institutions and entities in order to protect the cleanliness of sporting competitions, particularly football.

FEF reminds us that along with 19 Spanish territorial federations, we "carry out many protection actions in Spanish soccer throughout the season." The training in Integrity, which is provided to all players, coaches, and referees, stands out. In the 2021-22 season, this training was received. He reports that there were 3,078 participants. The FEF also uses the services and expertise of Sportradar to monitor the betting markets. He stresses that this involves the monitoring of Spanish competitions to detect any elements that could be violating disciplinary rules.

With the help of Interpol and Europol in a joint operation, the National Police dismantled the non-professional football betting scheme. The National Police said that the organization was composed of two men who were connected to professional football. They also included brokers who gave identities to play in the online game. And mules who went to gambling venues to place pre-fixed bets on sports and collect the winnings.

They are being charged with crimes including corruption in sports and fraud against gaming operators, belonging to a criminal organisation, and corruption among individuals. According to Police, the alleged ringleader would be a CD Rota player and a person connected to Atletico Sanluqueno. Atletico Sanluqueno has many players among the arrested in recent seasons.

‹ ›
Keywords:
PersonaraCausaTramaApuestasFutbolistas
Your comment has been forwarded to the administrator for approval.×
Warning! Will constitute a criminal offense, illegal, threatening, offensive, insulting and swearing, derogatory, defamatory, vulgar, pornographic, indecent, personality rights, damaging or similar nature in the nature of all kinds of financial content, legal, criminal and administrative responsibility for the content of the sender member / members are belong.
Related News