With the 2021 T20 World Cup in full flow, and England in a strong position according to the T20 World Cup odds, it’s a great time to cast our minds back to the last time they won the competition.

2010 was the third edition of the T20 World Cup, hosted by the West Indies. The tournament had experienced success and popularity in its first two iterations, with South Africa playing host to the inaugural competition in 2007, and England hosting two years later. India and Pakistan won it in 2007 and 2009 respectively, and from an English point of view the two tournaments had been disappointing, with the team failing to reach the semi-finals on either occasion.

Much was expected of England, who were captained by Paul Collingwood, but things didn’t exactly get off to the best start. Defeat to the West Indies on a rain-soaked afternoon in Guyana meant that the English had work to do if they were going to get themselves back in the running.

Their second group match against Ireland was seen as a chance to run up an impressive victory, but again the weather wreaked havoc, causing the game to be abandoned. However, England managed to squeeze through the Super 8s round by virtue of their superior net run rate compared to the Irish.

It’s fair to say that England had yet to really get going in the West Indies. The rain delays caused to their matches prevented them building up any kind of momentum, and you can imagine the relief among Collingwood and his teammates that they managed to avoid embarrassment by crashing out in the initial group stage.

But England made sure that they did not let the opportunity slip. In a tough group containing Pakistan, New Zealand and South Africa, they produced some fine cricket to finish in first place and secure their place in the semi-finals.

The first game of the Super 8s stage against Pakistan set the tone, with England building huge confidence by securing a narrow victory in Bridgetown.

Then, South Africa were swept aside at the same venue by a convincing 39-run margin, with England’s decision to bat first paying dividends. Top spot was sealed with a much closer victory over New Zealand in St. Lucia, and suddenly there was huge belief among the team that this could be their tournament.

The semi-finals awaited, and Sri Lanka were the opponents, having pipped the West Indies and India to second-place in the other Super 8s group. Sri Lanka elected to bat first, but that proved to be a poor decision as England swept them aside to win by seven wickets, securing the win with four overs remaining.

That set up a mouth-watering final against Australia, as the two old foes went toe-to-toe once again. England won the toss and chose to field, which proved the right decision on the day as they won by seven wickets with three overs to spare. Craig Kieswetter was the star for England, notching 63 runs which went a long way towards sealing the victory.

Cue the celebrations, and the present-day England team will be hoping that similar scenes of jubilation might be in the offing at the ongoing 2021 T20 World Cup. 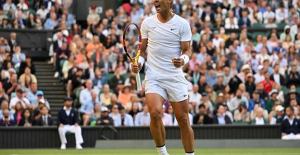