Diggins explanation for the strange tv-pictures 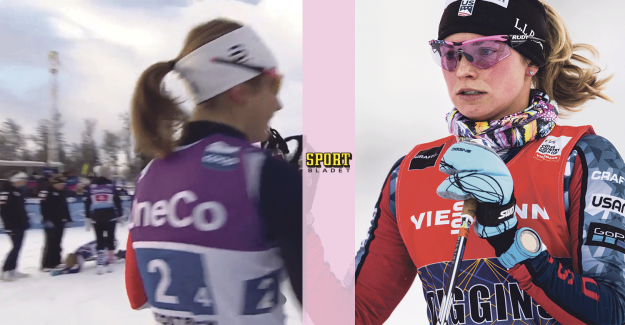 Strange images took place after the women's relay on Sunday.

”I'm almost about to faint, then,” she writes on her blog.

The observant could in the past pay attention to the remarkable photographs after the women's relay in the Norwegian Beitostölen Sunday.

While both the Norwegian and the Russian team ended up in a big joint hug afterwards gathered only the us team in a single large ring around the star Jessica Diggins without any touch.

Now, however, comes the explanation for the strange images.

”I used to be freaked out.”

On his blog writes Diggins that she is so exhausted after a race that she does not want any physical contact.

in the Past, she has to suffer something akin to panic at such events.

”I have often so difficult to breathe at the end of a race after the last push that I just fall together. When I lie in the snow the first 20 seconds, I'm almost about to faint and they have so much pain. Often, people want to come to and knock at one to say ”congratulations” or ”good job”, which is very nice and supportive. But I used to be freaked out when I felt a hand on me when I was hyperventilerade. So it was like a weird rule in our law that it never touches Jessica's torso until at the earliest 30 seconds after the finish,” writes Diggins.

”It has been pretty crazy after the race when the other skiers want to come back and say ”good job” and touching my back, but Sadie (Bjornsen) or Rosie (Brennan) must shout: ”Stop – related to her not”. The other riders are freezing and they have to explain, ”I'm Sorry, but she has this rule. Related to her not, simply,” writes Diggins.