Wahl-O-Mat – Which party in Lower Saxony suits me best?

The state elections in Lower Saxony will take place on October 9th, 2022. 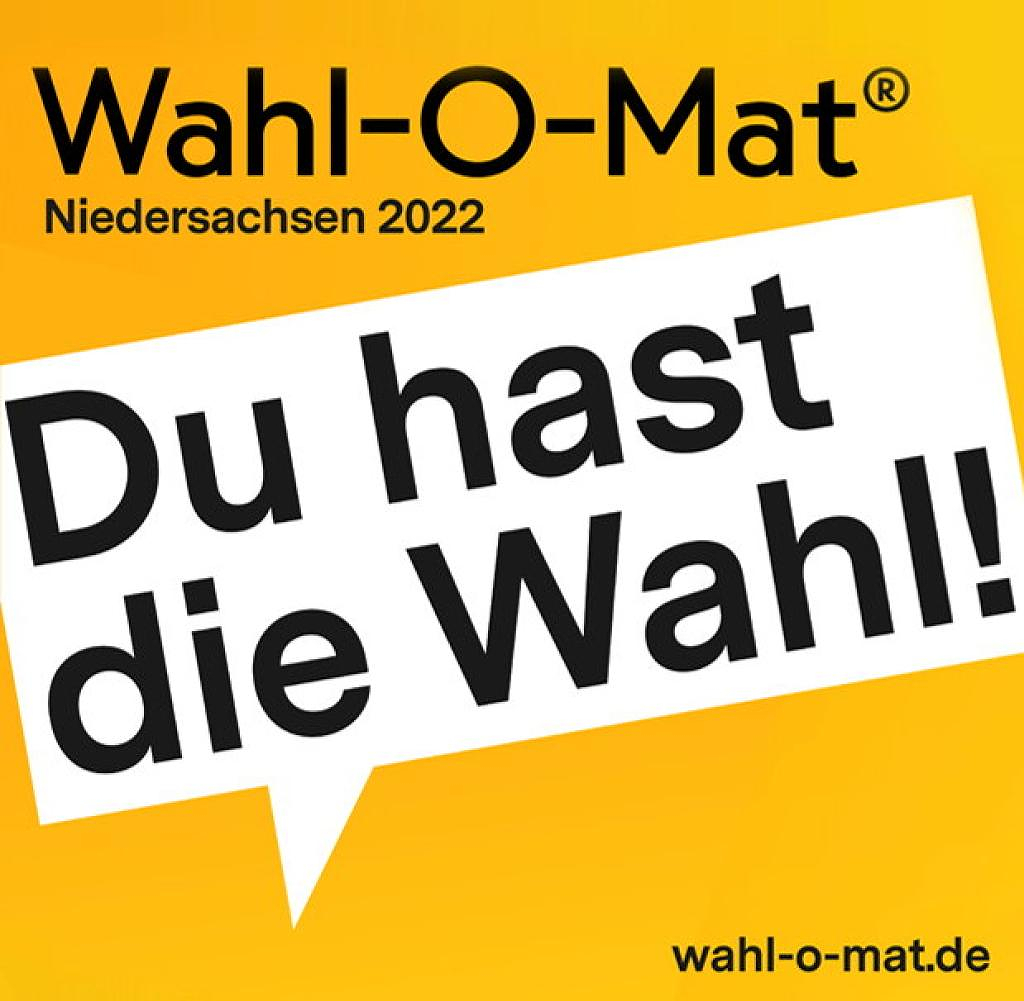 The state elections in Lower Saxony will take place on October 9th, 2022. The vote will decide who will govern the country in the next five-year legislative period. Stephan Weil (SPD) has been Prime Minister of Lower Saxony since 2013. He has governed together with the CDU in a red-black coalition since 2017. Can Weil stay in office? The chances are good at the moment, and overall satisfaction with the coalition in the state is high: 62 percent stated that they were satisfied or very satisfied with the work of the state government.

The biggest challenger for top candidate Weil is, of all people, a member of his government: the current Economics Minister, Bernd Althusmann, from the CDU.

As with every election in Lower Saxony, the Federal Agency for Civic Education surveyed the parties standing for election and compiled their plans and positions on 38 topics.

The Wahl-O-Mat for this year's election in Lower Saxony was developed by the Federal Agency for Civic Education. In cooperation with young and first-time voters, a catalog of questions was drawn up containing 38 theses on central questions of state politics in Lower Saxony. The parties standing for election were then asked to comment on the individual theses.

Users of the Wahl-O-Mats can click on “agree”, “disagree” or “neutral” for each individual thesis and ultimately decide on a maximum of eight parties that should be taken into account in the evaluation.

The Wahl-O-Mat then calculates which party is closest to the voter and shows the individual positions of the parties for each thesis.

WELT is the media partner of the Wahl-O-Mats of the Federal Agency for Civic Education/bpb.

‹ ›
Keywords:
TexttospeechWahlOMatNewsteamNiedersachsenLandtagswahl NiedersachsenGrüneCDUSPDLandtagswahlSmartphone
Your comment has been forwarded to the administrator for approval.×
Warning! Will constitute a criminal offense, illegal, threatening, offensive, insulting and swearing, derogatory, defamatory, vulgar, pornographic, indecent, personality rights, damaging or similar nature in the nature of all kinds of financial content, legal, criminal and administrative responsibility for the content of the sender member / members are belong.
Related News