EU Commission President Ursula von der Leyen spoke out in favor of EU measures against "distortions" in the conflict over US President Joe Biden's subsidy policy. 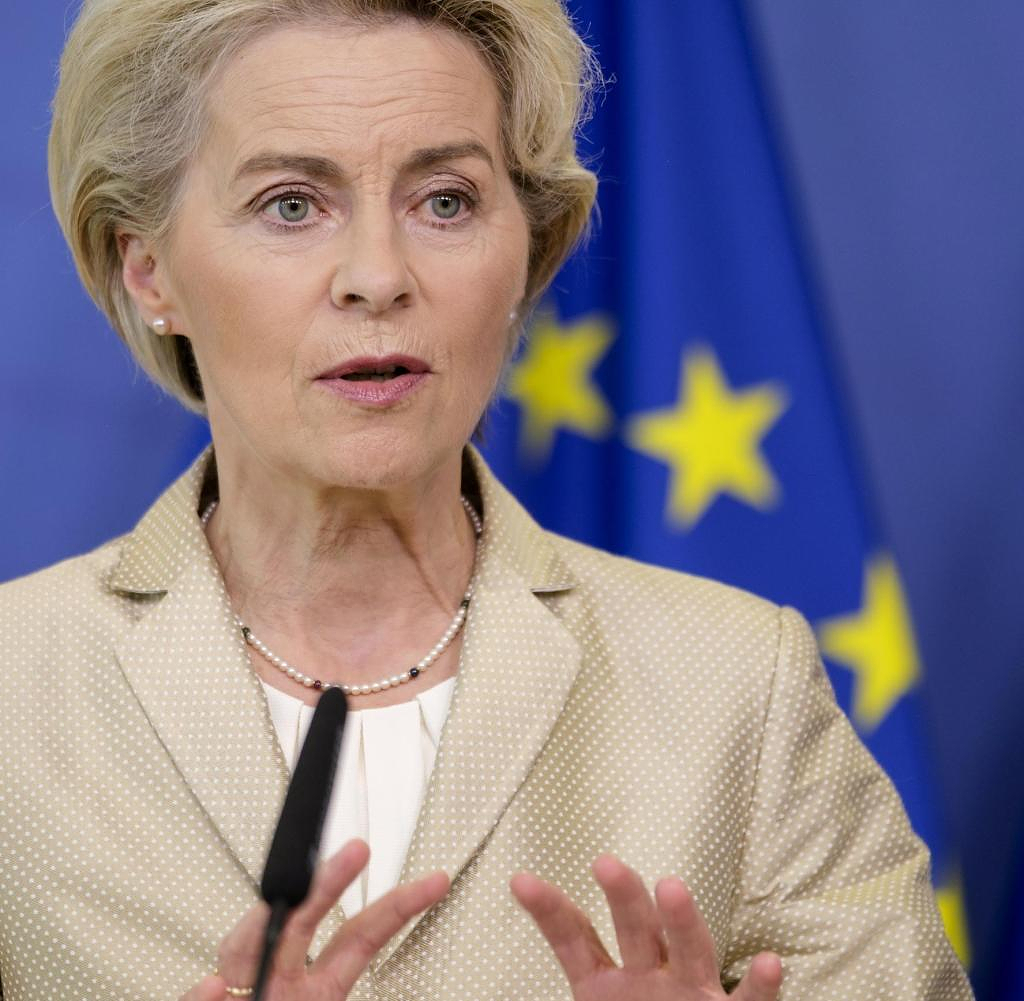 EU Commission President Ursula von der Leyen spoke out in favor of EU measures against "distortions" in the conflict over US President Joe Biden's subsidy policy. The EU must "take measures to create a level playing field" where the US climate protection and social package worth billions or other advances "lead to distortions," said von der Leyen on Sunday in a speech at the College of Europe in Bruges, Belgium.

Von der Leyen went on to say that the EU must work with the US "to address the most worrying aspects of the law." Brussels must also relax EU rules on public investment to make it easier to invest in the green transition and "reassess the need for further European financing of the transition".

The US and Europe are currently at odds over Biden's multi-billion dollar climate and welfare package, known as the Inflation Reduction Act (IRA). It provides 370 billion dollars (around 357 billion euros) for climate protection and energy security - including subsidies for electric cars, batteries and renewable energy projects. However, the funds are linked, among other things, to how many preliminary products are used by American companies.

This is met with massive criticism in the EU: there are fears that European companies will be disadvantaged and that important sectors of the economy will relocate. During a visit to the United States, French President Emmanuel Macron described Washington's measures as "super aggressive". He warned: "These decisions will divide the West."

Critical tones also came from Berlin. "The USA is our value partner, but at the same time there is an enormously protectionist economic policy," said Federal Finance Minister Christian Lindner (FDP) of WELT AM SONNTAG. But he warned of a trade war. Germany must rely on "economic diplomacy".

At a meeting of the EU and US Trade and Technology Councils on Monday, representatives from Washington and Brussels want to discuss the massive European concerns about the IRA subsidies. The head of the Trade Committee in the EU Parliament, Bernd Lange (SPD), recently no longer expected any significant progress in the talks and therefore called for the EU to file a complaint with the World Trade Organization (WTO).

‹ ›
Keywords:
BidenLeyenNewsteamSubventionenJoseph R.Ursula Von DerUSAWirtschaftEUKommissionspräsident
Your comment has been forwarded to the administrator for approval.×
Warning! Will constitute a criminal offense, illegal, threatening, offensive, insulting and swearing, derogatory, defamatory, vulgar, pornographic, indecent, personality rights, damaging or similar nature in the nature of all kinds of financial content, legal, criminal and administrative responsibility for the content of the sender member / members are belong.
Related News