The pandemic has triggered the number of applications that citizens of third countries make to obtain the nationality of the community states. 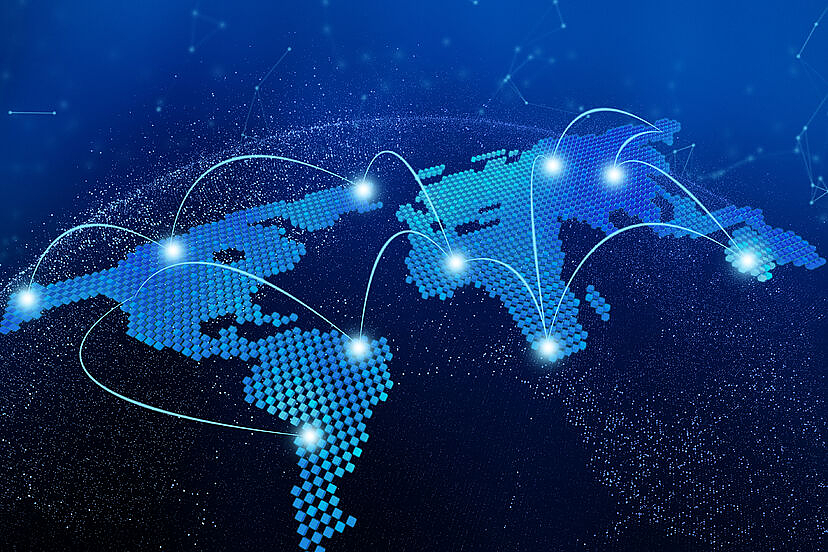 The pandemic has triggered the number of applications that citizens of third countries make to obtain the nationality of the community states. Being able to work in the EU with its incentives is one of the reasons.

On the first day of last year, the countries that make up the European Union were home to 447.2 million people. Of these, 37.5 million were born outside the Community borders, which represents 8.4% of all the inhabitants of the Union. The figures can be interpreted in different ways but the reality, according to the European Commission portal, is that the proportion of the population born outside the community environment that inhabits the Old Continent is lower than that of most high-income countries. The inhabitants of the first three countries with the highest capital have a percentage of foreign citizens that exceeds that of the EU by more than 20 points.

However, that 8.4% of residents born outside the European Community is likely to increase. And it is worth noting that, in 2020, around 1.9 million people immigrated to the European Union. "And, the year before, 85% of the people who were granted European citizenship came from third countries," says Lucía Goy, founding partner of Goy Gentile.

The pandemic has exposed the superiority of the Old Continent in terms of economic recovery and quality of life, which, in turn, in Goy's opinion, "has led Europe to restrict the much-desired concessions of nationality." In its absence, the lawyer observes a rise in new visas for digital nomads, "a search for adaptation to the new times and to prioritize the attraction and flow of human capital over financial capital exclusively."

At this point, and given, on the one hand, the need for digital talent in a continent with a population that is clearly aging -according to a report by the UN Economic Commission for Europe, in 2050, 25% of Community citizens will be over 65 years old - and on the other, the increase in obtaining a European passport, it is worth reviewing the different legal channels that citizens of third countries have to obtain nationality.

The option of obtaining the community passport by descent implies obtaining the nationality held by the parents (or other ancestors of the applicant) by the family relationship that unites them, legally known as ius sanguinis.

This option suffers from a lack of uniformity of requirements, since these vary depending on the State whose nationality is intended to be obtained. "In addition, it is observed that the conditions for their access have been tightening," explains Goy.

In this way, the limits may be related to age (in the case of original Spanish nationality, it is transmitted automatically as long as the interested party is under 18 years of age), the lack of generation gaps, the non-waiver of nationality or links with the State (in the application for Portuguese nationality by descent, when the grandparents are Portuguese nationals, one of the tests that demonstrate the aforementioned link with the country is knowledge of the Portuguese language).

Similarly, there are other nationalities by descent that require specific conditions, such as Sephardic origin. Despite being a quality that cannot change in the applicant, the Spanish Government closed the option of requesting it in 2019 and Portugal published in March 2022 legislative changes and new requirements, restricting all people of Sephardic origin to access their nationality originally.

It corresponds to the right to automatic acquisition of the nationality of a State by the mere fact of being born in its territory.

However, according to current regulations, not even being born in one's own country is enough to acquire European citizenship: of the 33 countries that grant unconditional citizenship by birth, none is European. The few countries in Europe that allowed it (Germany, France and the United Kingdom), modified their legislation requiring the permanent residence in the country of at least one of the parents. For its part, Luxembourg only allows it in special cases, such as orphans or children of stateless parents.

Obtaining the nationality of a European State by naturalization refers to "the remaining route, the acquisition of nationality through links with the country in question, with continuous legal residence being the most common and with usually very long periods of time," says Goy. .

Thus, this alternative is more in line with the position maintained by the European Union, since it will seek the granting of European nationality to people who, in some way, have contributed something more than financial capital to Europe. "This is explained by the fact that in order to maintain a legal and continuous residence it will be necessary, in most cases, to carry out some type of work, which is a contribution to the functioning of the State in particular and of Europe in general", comments the managing partner of Goy Gentil.

In this area, golden visas are one of the most used ways to obtain nationality since they would allow legal residence in the country for the subsequent application for nationality, as long as the financial requirements established by its regulation are met. Currently, there are ten European countries that offer the visa for investment, although some require more than an amount of money to obtain nationality.

Thus, for example, Austria requests ten years of residence in the country, Portugal five years and Belgium requires passing a knowledge test of its official languages.