The high court agrees with a professor from La Rioja who "has served as interim for 19 years. 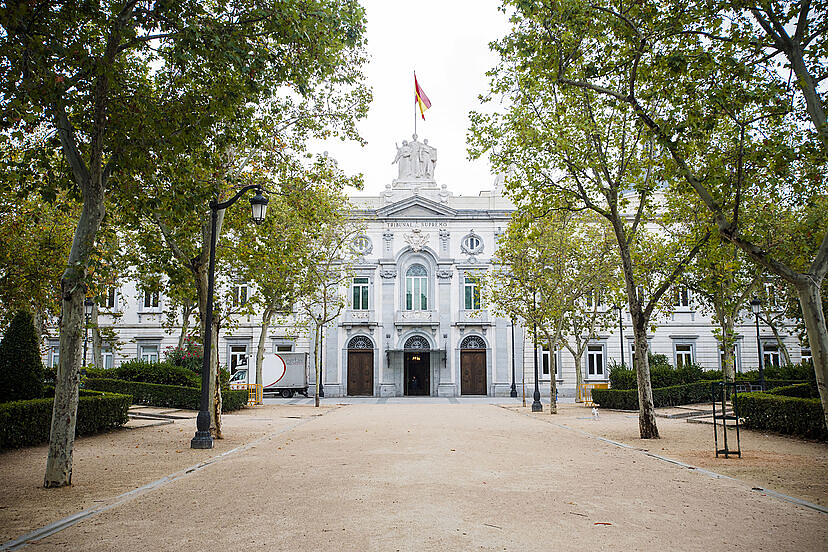 The high court agrees with a professor from La Rioja who "has served as interim for 19 years."

The Supreme Court has concluded that the system of lists of interim non-university teaching staff does not constitute an "equivalent legal measure" to prevent and punish "abuses" in interim appointments, but rather "confirms the abusive use of employment relationships of fixed duration".

The magistrates have addressed the case of an interim Secondary Education teacher who worked for 19 years in schools in La Rioja and requested recognition of the status of indefinite staff, dating back to 1999; claim that was dismissed by the Ministry of Education. The Superior Court of Justice of La Rioja agreed with the teacher and declared the existence of abuse.

The Contentious-Administrative Chamber of the High Court has agreed with the analysis of the La Rioja court and has concluded that "the system of lists of interim non-university teaching staff for temporary limited appointments does not constitute an equivalent legal measure, from the perspective of the jurisprudence of the Court of Justice of the European Union, to prevent and punish abuses in interim appointments".

Thus, in a judgment of May 12, the court has dismissed the appeal filed by the autonomous community of La Rioja against the aforementioned judgment and has concluded that the system of interim lists "does not prevent but rather confirms the abusive use of fixed-term employment relationship.

In this particular case, the Supreme Court has been perplexed not only because the professor in question "has served as interim for 19 years", but because "in all that time no selective processes have been called in the specialties in which he teaches".

The magistrates have underlined that the Administration of La Rioja itself admits that the concatenation of appointments does not comply with the provisions of the Spanish legislation on public function, nor with the requirements of the Framework Agreement of Directive 1999/70 that "must be fulfilled contrary to what appears to be supported by the filing document". "It is an abuse in the terms of clause 5 of that one", they have influenced.

The Supreme Court has ensured that the solution provided for in Order 3/2016 "rests on the systematic use of temporary work and, according to all indications, has not managed to alleviate the temporary nature that afflicts public employment in the non-university educational field of La Rioja".

Thus, the court -in the resolution for which magistrate Pablo Lucas has been the rapporteur- has considered that "the needs are not circumstantial but permanent, structural, and that the lists of interim applicants are used systematically".

As he specified, this case "reveals" something that in his opinion is "sufficiently clear": that there is a "structural deficit of teaching staff that they want to partially remedy with a kind of body of interim applicants that it is necessary come regularly because there are no career officials".

In this sense, he explained that the lack of such career officials "is related to the non-existence of calls for selection processes in the specialties of the case."

The Supreme Court has insisted that said situation "does not meet the requirements of article 10 of the Basic Statute of Public Employees, nor does it show that effective measures have been taken to put an end to the use of fixed-term appointments", which -according to what has been underlined - "They are not prohibited" but "they are not the ones to be used to meet permanent needs".

In line, the court has specified that "it is not contrary to law that the relationship maintained in said interim regime lasts over time until the position is occupied by a career official or is amortized."

Within the framework of the sentence, however, the magistrates have stressed that if the rule is that the public service is provided by career civil servants and the use of interims is "exceptional", there is a difficult legal explanation for the temporality in the public employment in the field of non-university education in La Rioja reaches "a third of the total", as indicated by the professor in his appeal.