The retransmission of football in public establishments, using an illegal signal, is a crime

The ruling of the second criminal chamber of the Supreme Court of June 2, 2022, the full text of which has just been made public, clarifies certain doubts about the criminal classification of the retransmission of sporting events in public establishments, without authorization from the holders of recording, through the use of illegal signals. 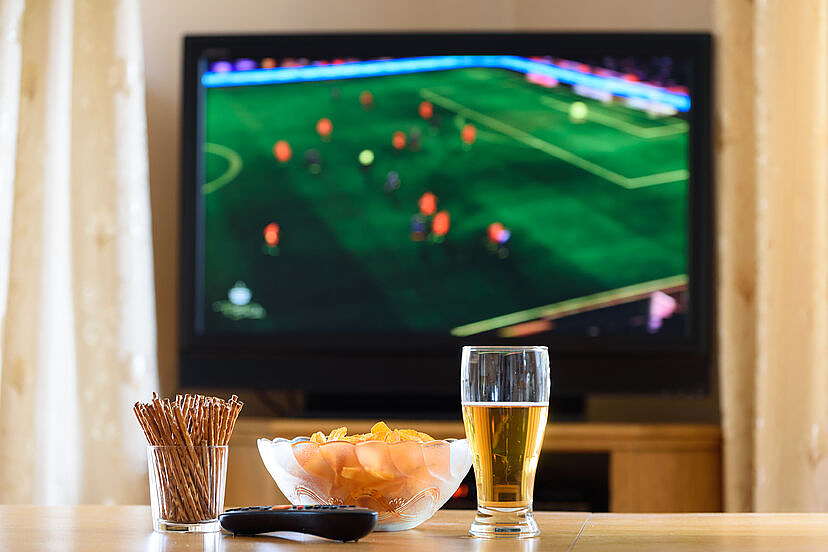 The ruling of the second criminal chamber of the Supreme Court of June 2, 2022, the full text of which has just been made public, clarifies certain doubts about the criminal classification of the retransmission of sporting events in public establishments, without authorization from the holders of recording, through the use of illegal signals.

This is a "full" sentence, which shows the intention of the Court to put an end to the "debate" that had been generated in this regard.

The facts are very simple: the defendant had been broadcasting continuously in 3 bars of which he was the owner, through the television sets installed in them, football matches whose exploitation rights were held exclusively by the National Professional Football League, without authorization of the latter, nor of its assignees. To do this, it used the use of an illegal signal, which could be verified by not appearing on the screen the security measures consisting of symbols or logos that prove the legality of the retransmission.

The court ruling sentenced the accused, as the perpetrator responsible for a minor crime related to the market and consumers, to a two-month fine, with a daily fee of twelve euros. In addition, by way of civil liability, the defendant must compensate the League, for the damage caused, in the amount determined during the execution period.

The appeal, defended by the Public Prosecutor's Office, questioned the legal classification of the crime. For the appellant, the facts described above can be subsumed in the type of article 270.1 of the Penal Code (crimes against intellectual property) without prejudice to its application in competition with the type regulated in article 286.4 (crime related to the market and consumers) .

The difference is not small: article 286.4 punishes with a simple penalty of "fine" from one to five months whoever uses the equipment or programs that allow unauthorized access to conditional access services or telecommunication equipment; while article 270 punishes with "prison" from six months to four years and a "fine" from twelve to twenty-four months whoever, with the intention of obtaining a direct or indirect economic benefit and to the detriment of a third party, reproduces, plagiarizes, distributes, publicly communicates or in any other way economically exploits, in whole or in part, a literary, artistic or scientific work or benefit.

Although the ruling recognizes that the Public Prosecutor has filed an appeal "exemplary for its exhaustiveness and systematicity", the court does not end up identifying with all of its reasoning.

The Court declares, in effect, that it is "unquestionable" that audiovisual recordings and broadcasting entities' transmissions "form part of the material content of the right to property in view of articles. 120 and following of the Consolidated Text of the Intellectual property"; According to the sentence, it is also beyond doubt that the public communication of these recordings is legitimate "only if it is duly authorized", since the rights of the broadcasting entities "are exclusive rights"; and it is also not debatable, in the opinion of the Chamber, that the infringement of these rights "is criminally sanctioned". These premises cannot be ignored.

The issue being debated, however, is another. It is a matter of determining whether the conduct of those who allow the viewing of these sporting events in a public establishment, without having paid the rights that authorize their exhibition, must be punished, "always and in any case", in accordance with art. 270.1 of the CP. That is, if that conduct fits into the notion of "literary, artistic or scientific work or performance" that configures the type of article 270.

And that is where the discrepancy between the Court and the Public Prosecutor occurs. Assuming that these audiovisual recordings are not "works" in the strict sense (because they belong to the field of related rights), the Court also rejects that they can be considered as "performances" for punitive purposes.

The "valuable" arguments put forward by the appeal on the protected legal interest, the will of the legislator or the jurisprudence of the Court of Justice of the European Union, do not prevail in the opinion of the Judgment against the imperatives of the principle of criminal legality.

In this sense, the judgment points out that if the law had wanted to include this behavior in the type "it would have been enough to add the word "sports" to the phrase "literary, artistic or scientific performances" so that no doubt would arise about the inclusion of the facts denounced in the precept -art. 270 of the CP". When in doubt, the principle of legality commands.

Now is not the time to delve into this debate. But it does warn that the Judgment of the Criminal Chamber of the Supreme Court cannot be interpreted as a sort of decriminalization of behavior that is extraordinarily harmful to the holders of these rights. Nor can it be received as a guarantee of immunity by bars and establishments.

The retransmission of football matches without authorization continues to be an offense subject to criminal prosecution. Another thing is that he is right with the type in which to fit these behaviors.