The regional computer systems of Justice begin to connect 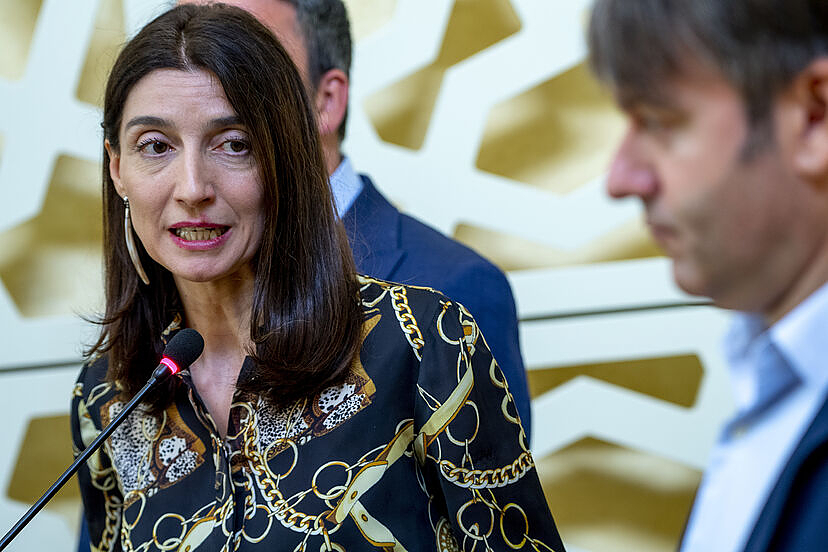 The Minister of Justice, Pilar Llop, has announced that the seven regional procedural management systems are now "interoperable" with the Supreme Court, which is "a first big step to advance in this technological dialogue that must exist between all the territories ".

This is how the minister advanced this noon in Toledo, where the Justice Sector Conference is being held and where she explained to the media that they had been working for "many years" to advance interoperability and that "all the courts talk to each other, that the courts also speak with other institutions, with the prosecutor's office and with the different territories".

The objective of Justice is not only that the different autonomous systems communicate with each other, but that the courts can also connect with administrations with which they frequently work, from the State security forces and bodies, to the institutes of legal medicine or Penitentiary Institutions.

At this point, he has indicated that he is waiting for parliamentary approval of the organizational efficiency and procedural efficiency laws, as well as the digital efficiency law, which "soon" will reach Congress, and which they support, he stressed, " the great modernizing project, transforming our administration of justice".

His challenge is to place the new public justice service "at the same level as public education and health services", which he believes will be achieved with the deployment of municipal judicial offices.

"There is nothing as socially and territorially cohesive as any citizen anywhere being able to access justice services," asserted Llop, who highlighted the "tuning" with all the autonomous communities.

In the last Sectorial Conference, the distribution of the Recovery and Resilience Funds was approved and next week the transfer of the 410 million euros to the communities will be made.

The minister has also referred to the agreement reached with the General Council of the Judiciary (CGPJ) to renew the measures to reinforce the courts.

In his opinion, it is clear that the courts are subject "to a great workload", but also that there is "a very inefficient organizational model".

"The justice system is like a black hole that eats up all the resources that we throw at it for such an ineffective organization, and that is why we need to pass those efficiency laws and tackle this transformation towards a new, more agile and efficient organization with the new judicial offices and courts of first instance", he reasoned.