The classroom had three doors, two for boys and one for girls. 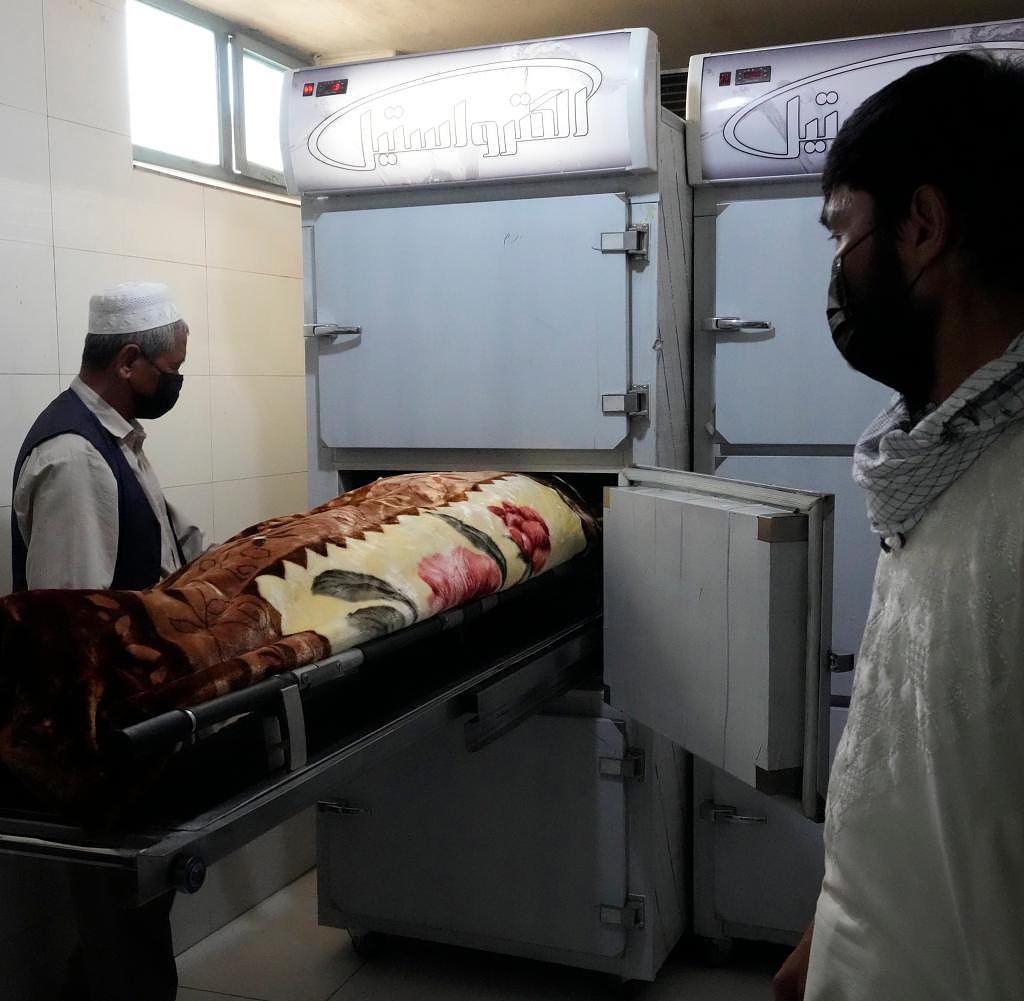 The classroom had three doors, two for boys and one for girls. The assassin came through the girl's door on Friday morning. Before that he had killed two security guards. He shot around the classroom, then blew himself up in the midst of the students. According to the UN, he killed more than 20 youths - most of them girls; Dozens more escaped with injuries.

The Kaaj educational center is located in a district of the Afghan capital Kabul that is predominantly inhabited by the Hazara ethnic group. At the center, young people prepare for the national university entrance exams; the test for prospective pilots usually takes place on Fridays. Due to the poor facilities in these centers and the poverty of the students, the classes are often several hundred young people in size.

The suicide bombing in late September was not the only attack on Hazara since the beginning of the second Taliban rule. At least ten suicide bombings have been carried out on Hazara since then, including in Herat, Kandahar, Kunduz, Balkh and Kabul provinces. So far, no one has claimed responsibility for the attacks. Some claim that the ultimate goal of these attacks is to wipe out the Hazara.

The Hazara are among the ethnic minorities of Afghanistan who were massacred in Mazar-i-Sharif for three days during the first Taliban rule from 1996 to 2001. Now that the Taliban have been back in power for a good year, their situation is deteriorating again.

After the peace agreement with the United States, the Taliban have claimed that they want to ensure stability in Afghanistan. But the security situation has not improved under the Taliban regime. The Hazara have now become the target of suicide bombers on a significant scale. If they are not killed, they will be forced from their homes and otherwise harassed by the Taliban and their allies.

Most Hazara live on low incomes. They only get low-paid, insignificant jobs and were not allowed to occupy high positions. So education is often the only way for Hazara families to make their mark in Afghan society. But the quality of public schools, especially science classes, is mostly poor.

Every winter, Hazara children from different provinces - mainly the central region - come to Kabul to receive lessons during the three winter months in educational centers set up especially for them. In spring they return to their provinces.

This is the only way they have a chance of being admitted to study at Afghan universities. But higher education and attention to Hazara have cost them more than winter hardship and hard work: they are discriminated against.

This was evident back in 2013, when 96 students from Kabul University's Faculty of Social Sciences went on a sit-down and hunger strike outside Parliament after philosophy professor Faisal Amin said before the exam: "I'm going to give half of this class one." second chance and send 20 to 30 others back to their hometowns in the central provinces.”

Mojtaba Hossaini - one of the strikers - wrote on Twitter: "We laughed and said we learned all the lessons well. How can he say that to us before the exam even took place?” But after the results were announced, Hossaini was shocked. He, who had been obsessed with studying, ended up with four out of 100 points. Together with others he protested for eight days.

Zahra Khavari from Daikundi province studied veterinary science at Kabul University. She committed suicide in 2017 after her thesis was repeatedly rejected. Witnesses testified that racist reasons were behind the "successive rejections" of Zahra's work. However, after two years, the Supreme Court dropped the case of Zahra Khavari's suicide in favor of the defendant.

Attacks on Hazara have increased noticeably since 2014. They were attacked everywhere at civil demonstrations, on highways, in mosques, maternity clinics, schools, on public transport, in stadiums. In the past five years alone, seven Hazara educational centers have been the target of suicide bombings.

Rahila Rafie, a victim of the 2018 Mawood Education Center suicide bombing, wrote in her diary, "Education is the only solution to all of Afghanistan's problems." The Rahila Foundation and library were established in her memory. After the fall of Kabul to the Taliban, the foundation ceased operations.

Translated from English by Jessica Wagener.

‹ ›
Keywords:
AfghanistanInnenpolitikTalibanSelbstmordattentate
Your comment has been forwarded to the administrator for approval.×
Warning! Will constitute a criminal offense, illegal, threatening, offensive, insulting and swearing, derogatory, defamatory, vulgar, pornographic, indecent, personality rights, damaging or similar nature in the nature of all kinds of financial content, legal, criminal and administrative responsibility for the content of the sender member / members are belong.
Related News