The attempt to escape in a van failed on Avenida Inca Garcilazo de la Vega in the middle of the Peruvian capital Lima. 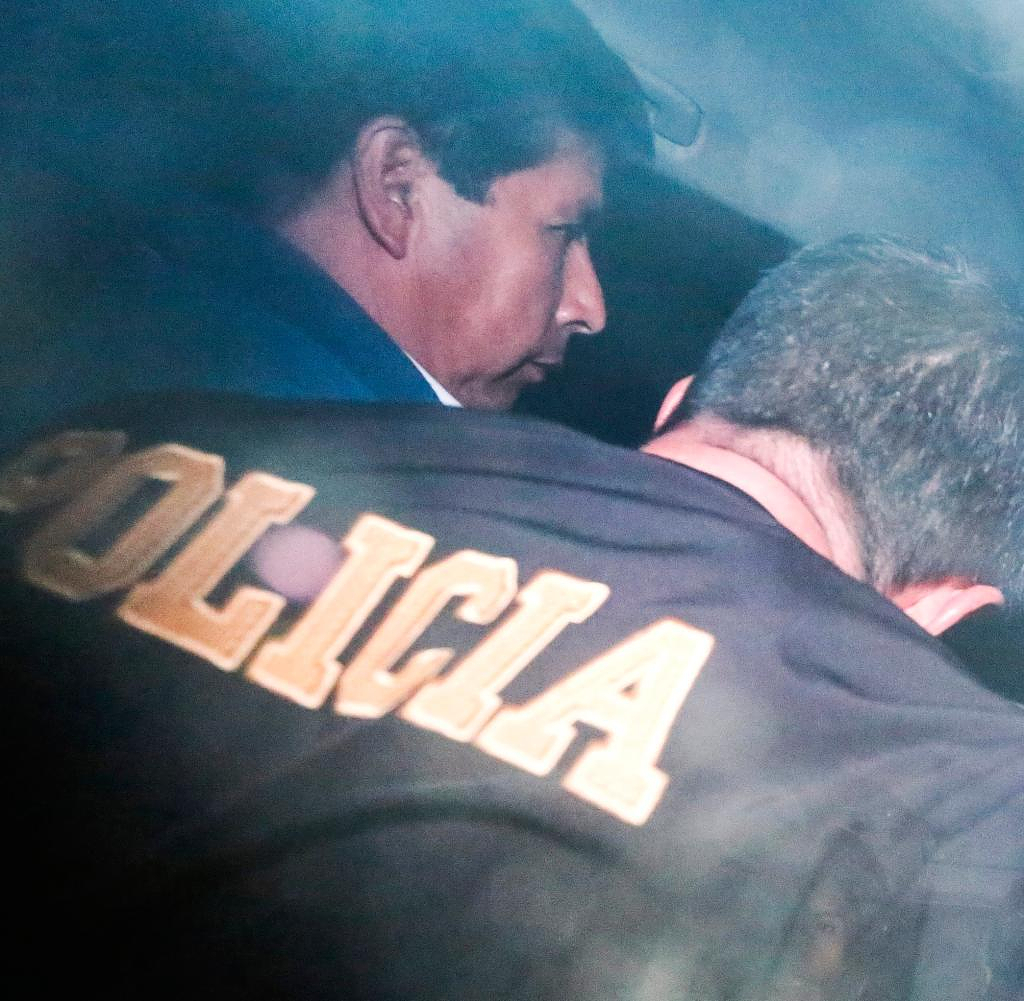 The attempt to escape in a van failed on Avenida Inca Garcilazo de la Vega in the middle of the Peruvian capital Lima. Instead of taking the President to the Mexican embassy and thus preventing the police from accessing it, the personal bodyguards followed the authorities' telephone request and changed the route.

And so Pedro Castillo ended up in a police station instead of in the embassy of the country that had offered him asylum that evening. end of a presidency.

This ended a day that will not only go down in Peruvian history, but also symbolized the Marxist's tenure: dilettantism, chaos and self-enrichment. Castillo had prepared neither his coup attempt nor his escape properly.

In the end he was alone - abandoned by his vice president, the cabinet, his bodyguards, the military and his deeply disappointed constituency. With the unpredictable Castillo, apart from two ministers and a handful of MPs, nobody wanted to be drawn into the downward spiral.

The Marxist project, which was initially greeted with international sympathy, failed, although it was never clear how it was supposed to work.

Castillo started the day as president. But when he – apparently almost single-handedly – ​​wanted to dissolve Congress, which was supposed to decide on a motion of no confidence against him, his house of cards collapsed.

The military, who were also not in the know, did not even think of monitoring the curfew that had been imposed or drawing their weapons for him. By the lunch break, Castillo had become a lonely putschist.

Congress voted him out and appointed Vice President Dina Boluarte as his successor. By then Castillo was already fleeing in the direction of the embassy, ​​where he never arrived. Since then he has been a suspect in custody. Boluarte now has to sweep up the shambles.

“I call for a political ceasefire to establish a government of national unity. This great responsibility must be taken on by everyone,” she said.

How long this government will remain in office, if it can be found at all, remains to be seen. Voices are already being raised calling for quick new elections to resolve the crisis democratically.

Last year's election campaign was actually a complete disaster. But because mostly white TV journalists with economic trick questions in the studios made fun of presenting the poorly prepared indigenous candidate from the countryside like a schoolboy, the destitute indigenous voters in the countryside showed solidarity with the village school teacher.

They knew such arrogant treatment from the upper class all too well from everyday life. Castillo promised them that everything would get better with him and Marxism.

And indeed, his predecessors had left a trail of social devastation, corruption and shattered trust. His opponent in the election campaign was Keiko Fujimori, the daughter of right-wing extremist Alberto Fujimori, who is now in prison.

During his term of office (1990 to 2000) he had indigenous women sterilized against their knowledge and without their consent – ​​as a policy to combat poverty. A trauma for the indigenous population that has not yet been fully worked through or repaired.

Five of the last six presidents before that: all thoroughly corrupt, in prison, in exile or dead because they killed themselves while being arrested. Conservative politics had run out and had nothing left to offer.

This is one of the reasons why churches, international NGOs and civil society called for votes for Castillo and his Marxist-Leninist Free Peru party in the runoff.

Only the Peruvian-Spanish Nobel Prize winner for literature, Mario Vargas Llosa, warned as a lone voice about Castillo's election - and was insulted for it by the left camp. It took a whole month before Castillo's razor-thin victory of 50.13 to 49.87 percent was officially confirmed.

But as badly as Castillo campaigned, so too did he govern. Around 80 worn-out ministers in 17 months, five different cabinets.

Nasty abuse against media representatives, xenophobic slurs against Venezuelan migrants who were met with hatred and anger from the locals, abandoned miners and campesinos.

Worst of all, however, Castillo's family and his closest comrades-in-arms enriched themselves. Because there was a risk of absconding, Congress prohibited Castillo from traveling abroad – he was not even allowed to travel to the Pope in the Vatican.

It is a deeply bitter experience for Castillo's rural constituency. She had hoped that one of them, who had come out with promises of social justice and against everyday racism, would finally do something for her. Now Castillo is just another big disappointment.

‹ ›
Keywords:
InnenpolitikPeruPutscheFujimoriAlbertoKeiko Sofia (Tochter)
Your comment has been forwarded to the administrator for approval.×
Warning! Will constitute a criminal offense, illegal, threatening, offensive, insulting and swearing, derogatory, defamatory, vulgar, pornographic, indecent, personality rights, damaging or similar nature in the nature of all kinds of financial content, legal, criminal and administrative responsibility for the content of the sender member / members are belong.
Related News