Tens of thousands at funeral of influential rabbi in Israel

Tens of thousands of people attended the funeral of the late, influential Rabbi Chaim Druckman in Israel on Monday. 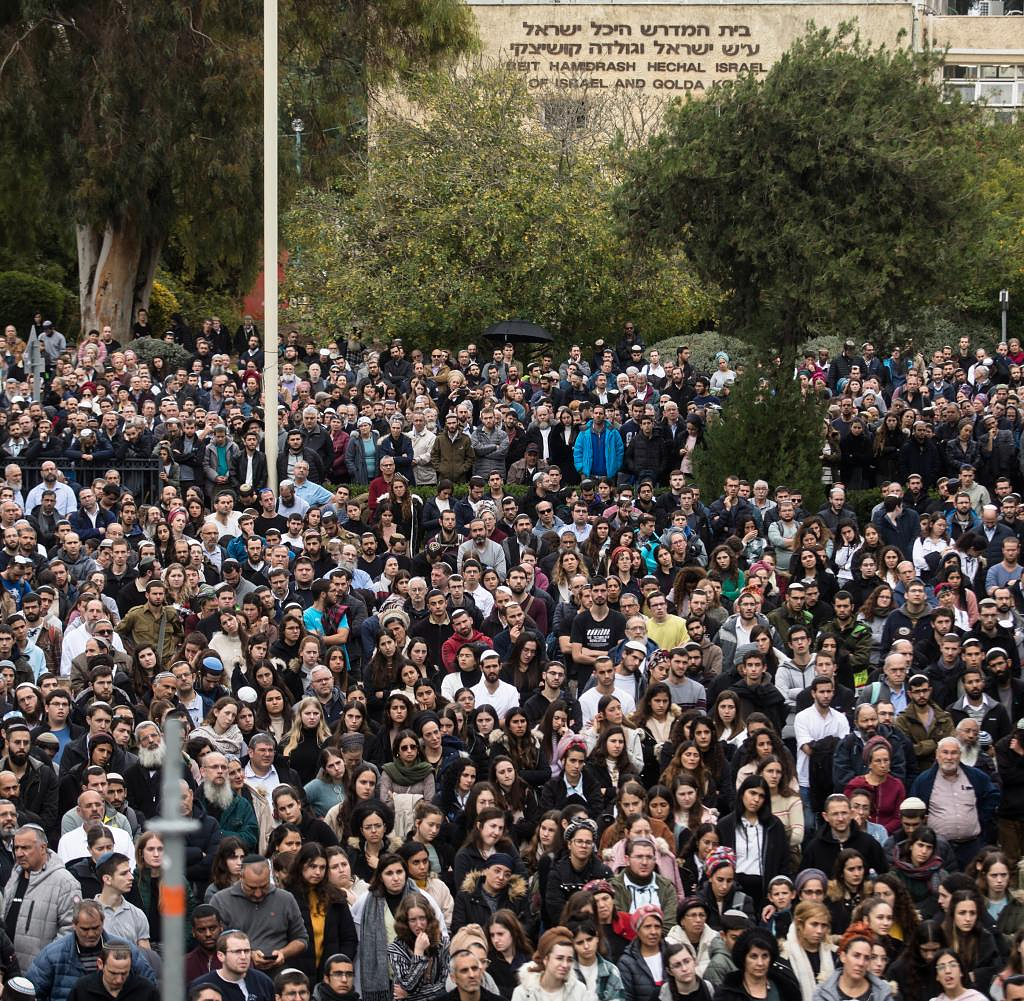 Tens of thousands of people attended the funeral of the late, influential Rabbi Chaim Druckman in Israel on Monday. Druckman died Sunday at the age of 90. He was considered the spiritual leader of the religious Zionist movement. He had been treated in the hospital after being infected with the corona virus and succumbed to the disease there. He was buried in the pouring rain in Masuot Izchak near the coastal city of Ashkelon.

Druckman was known as one of the founding figures of the Israeli settler movement and a vehement opponent of the evacuation of occupied territories.

Born in Kuty in what is now Ukraine in 1932, he survived the Holocaust in hiding with his parents. In 1944 he fled to what was then the British Mandate of Palestine. In 1977 he became a member of the National Religious Party in the Israeli Parliament, and in 1981 Deputy Minister of Religion. In 2012, he received the Israel Prize, the country's highest honor, for his contribution to Jewish education.

President Izchak Herzog wrote on Twitter that Druckman dedicated his life to the State of Israel and the people of Israel. Prime Minister-designate Benjamin Netanyahu wrote that Israel has "lost a great spiritual leader".

‹ ›
Keywords:
NewsteamIsraelIsraelPolitik
Your comment has been forwarded to the administrator for approval.×
Warning! Will constitute a criminal offense, illegal, threatening, offensive, insulting and swearing, derogatory, defamatory, vulgar, pornographic, indecent, personality rights, damaging or similar nature in the nature of all kinds of financial content, legal, criminal and administrative responsibility for the content of the sender member / members are belong.
Related News