So Meloni wants to use Germany's weakness in the EU 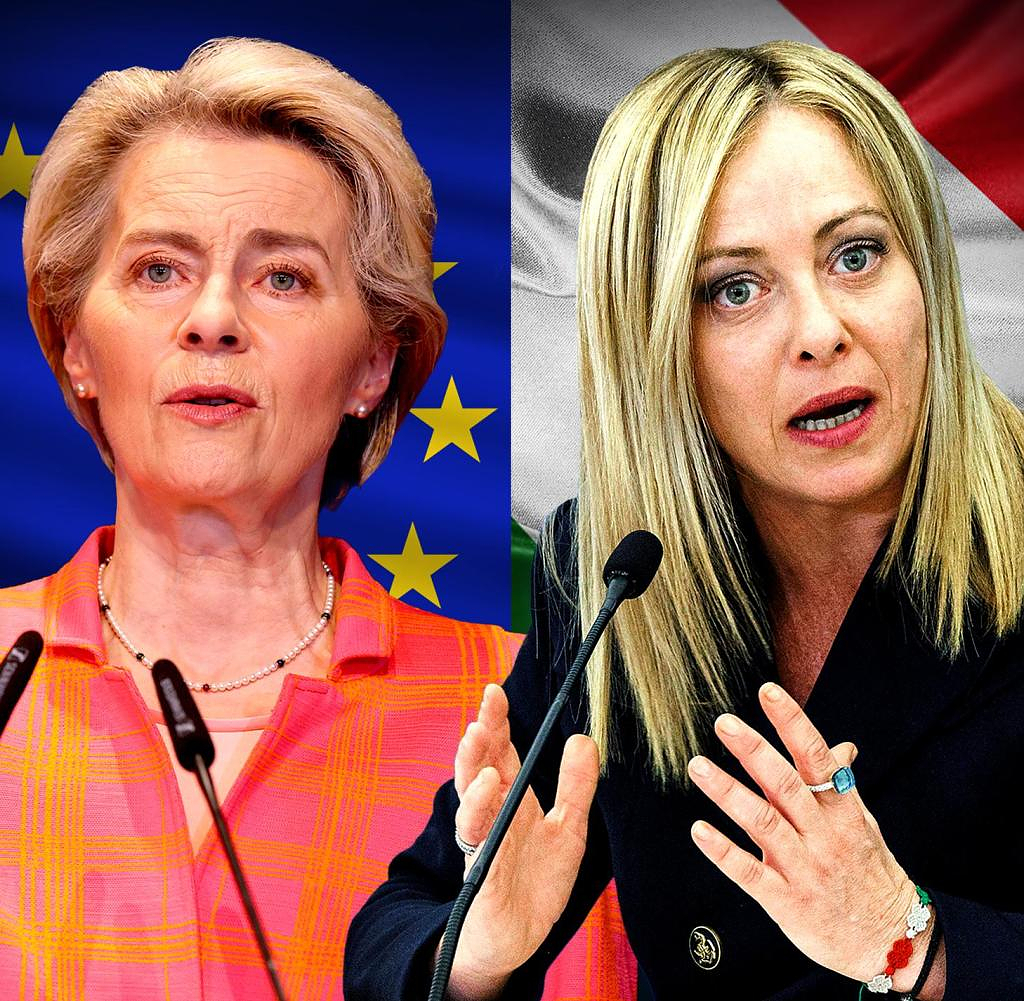 On Thursday, Italy's new Prime Minister Giorgia Meloni will begin her first trip abroad. She is going to Brussels – of all places. The right-wing nationalist Meloni, who until a few months ago was still known for her loud criticism of the EU, is showing that she is now setting other priorities: the EU is no longer an enemy that has to be fought in order to collect votes, but from now on the most important one Allies of Italy.

This change of direction shows that Meloni will pursue realpolitik in relation to the EU. She knows that the success of her country and her government is inseparably linked to the EU: because of the around 190 billion euros that Brussels will transfer to Rome as part of the Corona recovery fund "Next Generation EU", because of the EU's financial policy rules Italy's budget will determine, not least because of the issue of migration policy, where Meloni is hoping for more support from Brussels.

In order not to alienate her regular voters with this change of direction, Meloni has already set accents of right-wing politics domestically in the first days in office: The right of assembly is to be tightened to prevent illegal rave parties, the cash limit is to be raised significantly and the corona measures are to be relaxed. Against this background, her voters should forgive her for adopting friendlier tones towards the EU.

However, the federal government is likely to pay attention to these friendlier tones, because if Meloni now shows herself to be a reliable, moderate head of government, she will be taken seriously in Brussels. After all, Italy is the most important player there as the third largest economy and net contributor to the EU budget after Germany and France. So the country's interests deserve to be heard - and that could become a problem for Germany, because Italy's interests conflict with those of Germany in many respects.

Meloni is promoting an EU-wide gas price cap, which Chancellor Olaf Scholz does not want so comprehensively. In addition, Meloni aims to relax the EU stability pact, which determines the financial policy of the EU countries, and would like the EU to continue to jointly take on debt in the future - both proposals are a red rag for Finance Minister Christian Lindner.

In the area of ​​migration policy alone, German and Italian interests could come together, even if it doesn't seem so at first glance. Italy's new Minister of the Interior, Matteo Piantedosi, announced that sea rescue ships flying the German flag would be refused entry into Italian ports, evoking memories of the "closed port" course pursued by his predecessor, Matteo Salvini. But at the same time, both Italy and Germany are keen to reorganize migration policy in the EU.

It is particularly interesting that Meloni is in line with French President Emmanuel Macron on fiscal issues. If she is skilled, she could ally with him to further her interests. Because the moment to find alliances against German interests is good: Relations between France and Germany are currently at a low point.

Other EU countries are also annoyed that Berlin always takes care of itself before considering the interests of the rest of the EU. In addition, Germany's position is currently weaker than usual. While Germany normally sees itself as the EU's role model, it now has to admit that it made mistakes. Above all, the excessive dependence on Russian gas. Because of them, Germany depends on the good will of neighboring EU countries to share their gas. Good conditions, then, to weaken German dominance in the EU.

But that can only succeed if Meloni cuts a good figure on her first appearance in Brussels. Therefore, her meetings with Commission President Ursula von der Leyen, Council President Charles Michel and Roberta Metsola, President of the European Parliament, are eagerly awaited. In addition, the date falls in a quiet bridging week: All Saints' Day and the school holidays ensure that there is hardly anything going on in Brussels' European Quarter. Therefore, her inaugural visit should receive more attention than under normal circumstances.

And while before the elections in Italy there were many warnings about anti-European policies from Meloni's post-fascist Fratelli d'Italia party, Brussels is now preparing to work with the right-wing government. The Greens in the EU Parliament, for example, are demanding a pragmatic but tough stance: "Meloni must make it clear where she stands in terms of European policy," says Rasmus Andresen, spokesman for the German Greens in Parliament. “Solidarity is not a one-way street. If the new Italian government expects economic solidarity in the crisis, Italy must also have a clear European compass and work together on the rule of law and migration policy.”

Italy completes the Corona turnaround. Previous protective measures are to be lifted. "It's not like there's a big wave of fear because the government wants to scrap these measures," Italy correspondent Virginia Kirst said in Rome.

Andreas Schwab, leading parliamentarian from the Christian Democratic EPP group, calls for Meloni not to be excluded politically at EU level: "We should judge Meloni by her actions," says the CDU MP. "We mustn't play down the fact that Meloni is the elected Prime Minister of Italy. She took a very strong pro-NATO position in the Ukraine conflict and with her first foreign visit to Brussels she is sending a strong pro-European signal.”

"It is to be expected that we will see a meloni in sheep's clothing that will request a maximum of EU funds payments to Italy and a relaxation of the debt rules," says Moritz Körner, budget expert for the FDP in the EU Parliament. "Von der Leyen must remain firm with Meloni and clearly reject Italy's desire for a debt union."

‹ ›
Keywords:
KirstVirginiaKaiserTobiasItalienPolitikMeloniGiorgiaEuropäische Union (EU)LeyenUrsula Von Der
Your comment has been forwarded to the administrator for approval.×
Warning! Will constitute a criminal offense, illegal, threatening, offensive, insulting and swearing, derogatory, defamatory, vulgar, pornographic, indecent, personality rights, damaging or similar nature in the nature of all kinds of financial content, legal, criminal and administrative responsibility for the content of the sender member / members are belong.
Related News