Chancellor Olaf Scholz (SPD) has in principle committed to a successor regulation for the nine-euro ticket. 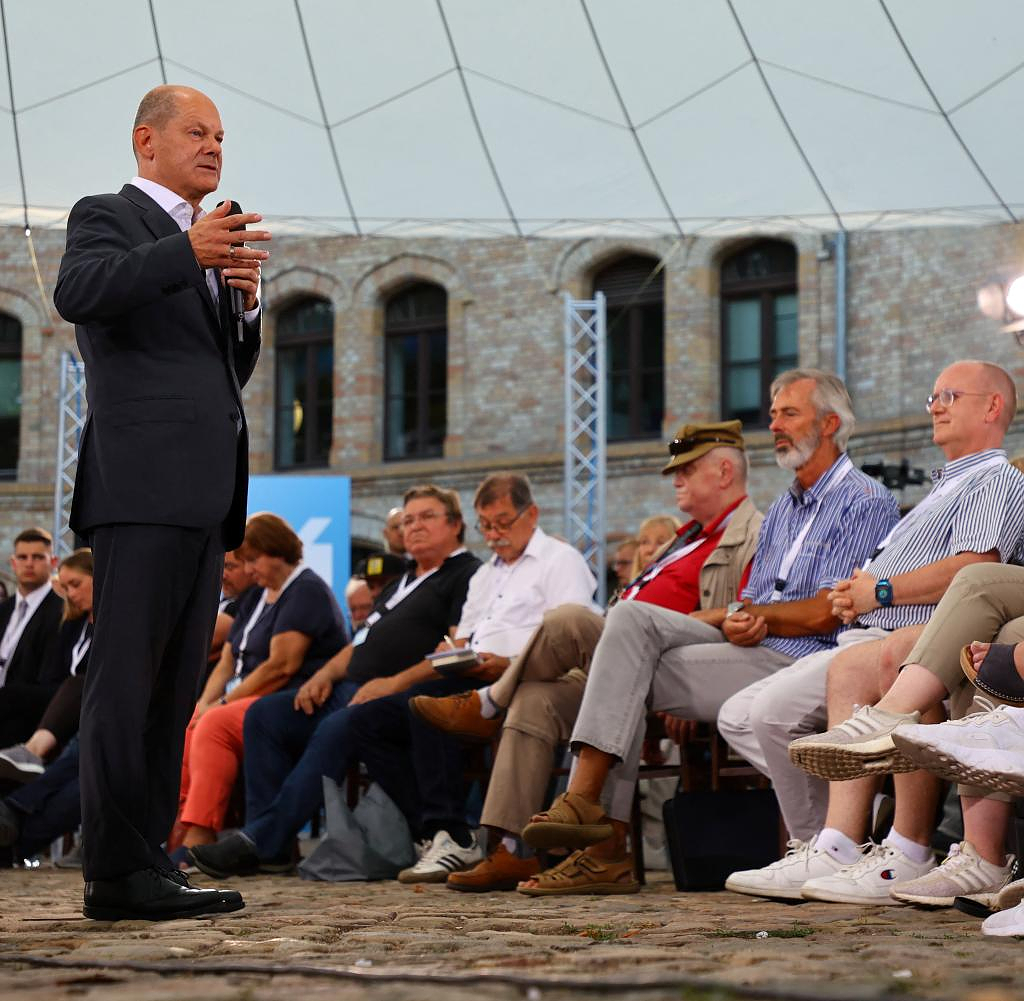 Chancellor Olaf Scholz (SPD) has in principle committed to a successor regulation for the nine-euro ticket. Although this cannot be continued in the same way for cost reasons, there should be a new offer that primarily takes up the principle of the simplicity of the ticket. "We have decided that we will develop something that will come soon," said Scholz on Thursday evening at a public dialogue in Magdeburg.

"The nine-euro ticket is a great thing," said Scholz when asked by a citizen about the continuation of the offer. This is due to the fact that the ticket is "very cheap", but also "because it is much easier" than the complicated tariff system of different transport associations, some of which are "far too small".

However, the price is so cheap "that everyone suspects that we cannot keep it up in the long run," Scholz continued, but the simplicity is "a very important part of the attractiveness". Therefore, this should be taken up and Transport Minister Volker Wissing (FDP) "is on it," said the Chancellor.

In general, public transport would have to be expanded more, Scholz assured. "We have to make buses and trains more attractive," said the Chancellor. However, this is only possible in the long term. However, the expansion should take place “by investing more money in rail transport in Germany”.

Local public transport is also the subject of a conference of transport ministers of the federal states on Friday. It is about demands for more support from the federal government because of the high energy costs, but the question of a successor regulation for the nine-euro ticket should also be discussed.

At the citizens' dialogue in Magdeburg, Scholz also announced that pensioners should also benefit from the federal government's third relief package. "The relief package will clearly also be about the pensioners," said Scholz. "That's for sure for me anyway."

He promised that the third relief package would be balanced and target those who need help. "I can assure you that we are making a proposal that will ensure that everyone finds their way back." The traffic light government is currently working "day and night" on the relief package, which is intended to mitigate the effects of inflation.

In addition, small companies could count on further help. "We will expand the loan assistance programs again," he announced.

‹ ›
Keywords:
NewsteamScholzOlafVerkehrsministeriumRentnerBundesregierungFirmenKarriereOlaf ScholzVolker WissingBürgerdialogSPDNachfolgeregelungMagdeburgFDPEntlastungspaket
Your comment has been forwarded to the administrator for approval.×
Warning! Will constitute a criminal offense, illegal, threatening, offensive, insulting and swearing, derogatory, defamatory, vulgar, pornographic, indecent, personality rights, damaging or similar nature in the nature of all kinds of financial content, legal, criminal and administrative responsibility for the content of the sender member / members are belong.
Related News