Salary of senior civil servants: how the state intends to clean up

This is a new stage in the reform of the senior civil service, launched in 2021. 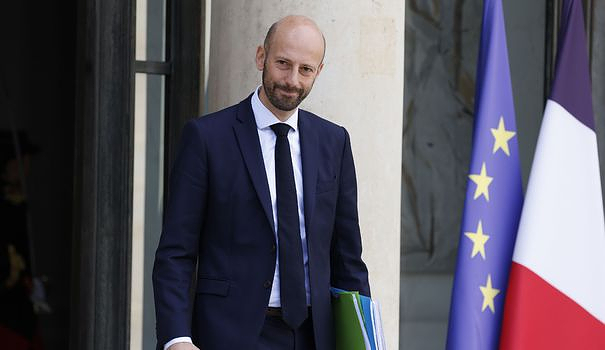 This is a new stage in the reform of the senior civil service, launched in 2021. The Minister of Transformation and the Civil Service Stanislas Guerini presented, this Wednesday, November 23, in the Council of Ministers a draft decree to clarify the remuneration of nearly 6,000 senior civil servants.

After having recorded the gradual disappearance of most of the major bodies of the senior civil service, including the prefectural or diplomatic corps, the government is preparing to create a single salary scale for all the former members of these bodies, who will join January 1, 2023 a single body of "State administrators".

"Before, you had 15 bodies, 15 similar but different (remuneration) grids", which could reduce the salary of certain senior civil servants during a change of position, explains the Ministry of the Civil Service to AFP. "From now on, there will be a single grid" common to all state administrators, to guarantee a more linear salary progression within the career, adds the same source.

"A civil administrator, appointed for example deputy director of a central administration by secondment, saw his remuneration change scale then, again, return to the grid of his body when he left his post, with phenomena of gain or of financial loss not optimum in terms of career path", illustrates the Ministry of the Public Service to Les Echos.

This new compensation system was designed with the aim of “attracting and keeping the best talents within the public service”, underlines Stanislas Guerini in Figaro. The minister "assumes to offer competitive remuneration and to give all civil servants the possibility of accessing the highest level of remuneration which was hitherto reserved for certain bodies or administrations", whereas today, in the state civil service alone, 50,000 positions are to be filled.

The government also intends to simplify the current "maquis" of bonuses intended for senior civil servants, which vary greatly from one body and one profession to another. “We are moving to a single system, a single compensation system for the thousands of (senior) civil servants who will fall under this benchmark,” explains the ministry.

The bonuses will be made up of a fixed part and a variable part, the latter representing a maximum of 30% of the total bonuses allocated to the agent. The amount of the fixed bonuses will depend on the functions occupied by the senior civil servants, while the variable part will be modeled on its "results".

“The evolution of the index remuneration will be largely determined by the assumption of responsibilities or the risk of exposure in higher positions”, is it detailed in a press kit. "The occupation of higher jobs will thus make it possible to benefit from 'accelerators' which will give faster access to higher levels of remuneration", it is further specified.

Once they come into force at the start of 2023, these new remuneration rules will apply to "a little less than 6,000 civil servants", explains the ministry, which plans to publish a decree on Thursday in the Official Journal. “The average reclassification gains by grade depending on the levels should represent 1600 to 1800 euros on average per year for a budgetary cost of 15 to 20 million euros per year”, explains the Ministry of the Public Service to Les Echos.

As franceinfo relates, senior civil servants will also be better supported in their careers, whereas, until recently, there was no HR service for the senior civil service. From now on, it will be possible for them to do a time of control, then of the field, then of the direction... This mobility will be ensured by the DIESE (the Interministerial Delegation to the higher management of the State).

In a message to AFP, the president of the Association of Territorial Administrators (AATF) Fabien Tastet welcomed the continuation of the reform of the senior civil service. Representative of the senior civil servants of the communities, "the AATF is determined to continue its commitment in the service of the rapid and complete implementation of this useful reform for our country", he affirmed.

The reform of the senior civil service also has its detractors, in particular among the students of the former ENA or among diplomats, who organized a – extremely rare – strike in June 2022 to denounce the disappearance of the two historic bodies of the profession.

Still on the subject of careers and remuneration, the government intends to open a project at the start of 2023 which this time will concern all of the 5.7 million public officials and not only senior civil servants. "I want to lead the offensive to promote the entire public service and give young people a taste for commitment to the service of the general interest", explains Stanislas Guerini.