"The Government, of course, opens all the channels of dialogue and denounces the blockade situation for more than three years as a result of the PP's policies," Llop assured. 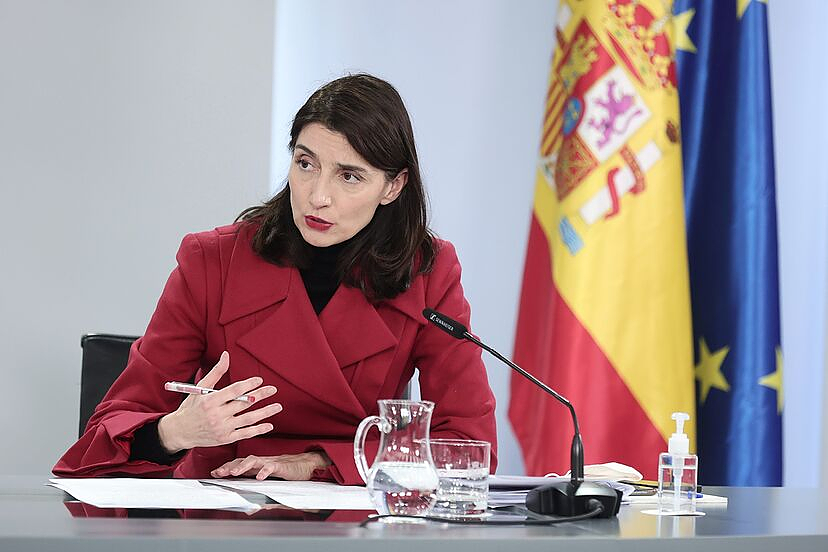 "The Government, of course, opens all the channels of dialogue and denounces the blockade situation for more than three years as a result of the PP's policies," Llop assured.

The Minister of Justice, Pilar Llop, has demanded that the Popular Party sit down to negotiate with the PSOE the renewal of the General Council of the Judiciary (CGPJ) after the Andalusian elections to comply "without conditions" with the Constitution.

In statements to the media, the head of Justice has indicated that the Executive of Pedro Sánchez maintains an open dialogue with the 'popular' to unblock the interim of the governing body of the judges, which has been in office since December 4, 2018. "I ask and, furthermore, I demand that the PP comply with the Constitution and that it renew the CGPJ," he has claimed.

Llop has expressed himself in this way when attending the delivery of the Gumersindo de Azcárate Prize of the Registrars for the Ministry of Justice and when asked if the Government sees it possible to renew the CGPJ with the PP after the Andalusian elections this Sunday.

"The Government, of course, opens all the channels of dialogue and denounces the blockade situation for more than three years as a result of the PP's policies," assured Llop, who has criticized the party led by Alberto Núñez Feijóo for not wanting be part of a "grand agreement" to resolve a "question of State", "as he has always done when he has been in the opposition".

In this regard, the minister assured that in the meeting she held this week with Vera Jourová, the vice-president of the European Commission in charge of evaluating the rule of law in the member states, the community representative told her that what is urgent for Spain is "renew and unlock" the CGPJ.

Asked about the words of Jourová, who during his visit to Spain called for studying a reform of the election system of the CGPJ so that the judges choose the members, as proposed by the Council of Europe, Llop assured that Jourová limited himself to telling him that the priority is the renewal, without further ado, of the organism.

"I do not contemplate another scenario that is not to comply with the Constitution, which is fulfilled without conditions. Nobody has to ask that the laws be complied with under any conditions," said Llop.