Pension reform: the executive delays and reopens a cycle of consultations

Amendment in the Social Security financing bill (PLFSS) from October, or in the amending PLFSS in January 2023, with the possibility of recourse to 49. 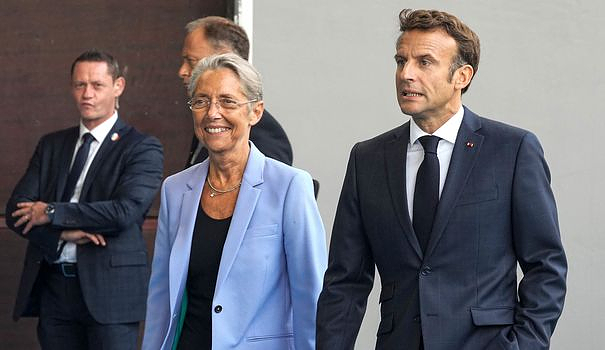 Amendment in the Social Security financing bill (PLFSS) from October, or in the amending PLFSS in January 2023, with the possibility of recourse to 49.3... Several options were on the table to initiate the pension reform - highly flammable subject - wanted by President Macron. In the end, it was a classic method that was chosen by the executive. The latter preferred to temporize by opening a new round of consultations with the social partners and political forces with a view to adopting a comprehensive bill "before the end of winter", announced to AFP Elisabeth Terminal, this Thursday, at the dawn of a day of strikes and demonstrations.

At the end of a dinner at the Elysée around Emmanuel Macron on Wednesday evening bringing together the executives of Macronie, "the choice of dialogue and consultation" prevailed, declared the Prime Minister. She detailed a relatively flexible timetable, but also clinging to the presidential promise to apply the reform in the summer of 2023. The head of government wishes to present "an assessment" of these discussions with the social partners and political forces "before Christmas". This leaves almost three months of potential talks around a reform already in the making during the previous five-year term, before being interrupted by the Covid-19 pandemic.

"We favor the inclusion of this reform in a bill which should be voted on before the end of winter, for the entry into force of the reform in the summer of 2023", she added. In this perspective, she asked the Minister of Labor Olivier Dussopt "to start negotiations next week" with employers' organizations and trade unions, as well as with "parliamentary groups".

On the menu of the consultations are the "long career system", taking into account "those who have had difficult jobs", "prevention of wear and tear at work", "subjects of end-of-career development, and transition between employment and retirement", "the employment of seniors and the fight against discrimination of which seniors may be victims", "special schemes", "the revaluation (to 1,100 euros, editor's note) of the minimum pension for people who have had a full career" and, "in general, the adaptation of the parameters to ensure the financial balance of the system", detailed the Prime Minister.

“There are important subjects on which we wish to open the discussion and therefore we place ourselves in a hypothesis where we can carry out a consultation”, underlined Élisabeth Borne, who however refuses to definitively rule out the possibility of an amendment. at the PLFSS. She intends to "take advantage of the coming weeks to properly restate the stakes" of the reform. "Because we haven't been talking about the issues for a while now, but about the method," she lamented.