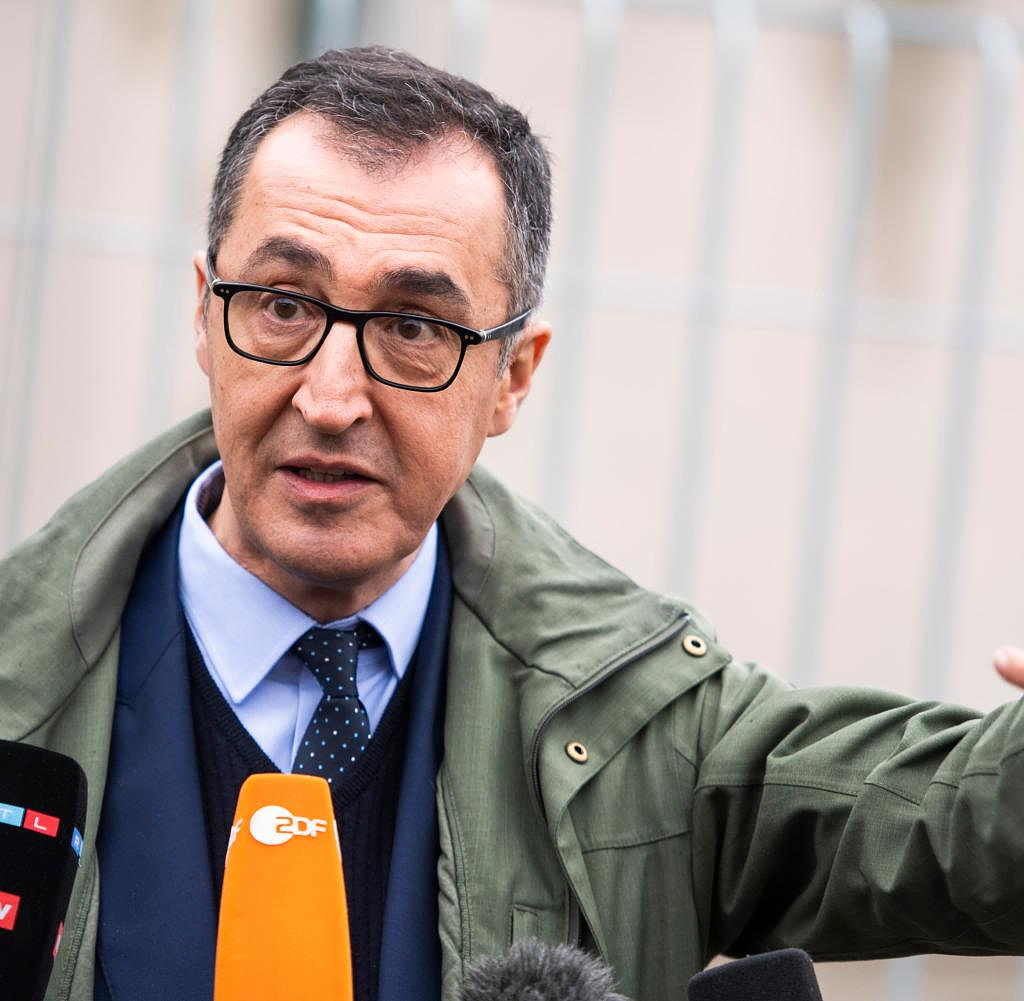 Federal Minister of Agriculture Cem Özdemir (Greens) wants to make the so-called container of food exempt from punishment. “Anyone who wants to save food that is still edible from waste containers should not be prosecuted for it. I think we all wish that our police and courts would take care of criminals instead," said the Green politician of the "Rheinische Post" (Monday).

In Germany, far too much food ended up in the trash, he lamented. This is a total of around eleven million tons a year - and more than half in private households. “Therefore, there is no single solution to solve the problem of food waste in one fell swoop. We therefore have to take a pragmatic look at where we can start,” he continued.

“Containers” means getting food that is still edible, for example, from supermarket rubbish bins. It may be a criminal offense under current law.

Özdemir also wants to significantly reduce the use of pesticides in agriculture. "My ministry will launch a reduction program in 2023 to help farmers use less pesticides," Özdemir told the Rheinische Post.

The resolutions of the recently concluded UN species protection conference in Montreal, Canada, have reaffirmed the urgency of this, said the minister. The EU reduction target of halving the use of pesticides by 2030 “is also our benchmark at national level – based on the coalition agreement. This requires a wide range of efforts from all stakeholders”.

Özdemir also defended his plans to ban the export of certain pesticides. “What is rightly not permitted here for health protection reasons should not be shipped to other parts of the world where, in case of doubt, there are no or insufficient safety standards. This double standard must end,” said the minister. People have the same right to health everywhere.

‹ ›
Keywords:
GoogleGrüneApple PodcastAmazon MusicTexttospeechPolitikNewsteamLebensmittelPolizeiBüGRheinische PostCem ÖzdemirÖzdemirCemPestizideinsatzesVerbrecherinnen
Your comment has been forwarded to the administrator for approval.×
Warning! Will constitute a criminal offense, illegal, threatening, offensive, insulting and swearing, derogatory, defamatory, vulgar, pornographic, indecent, personality rights, damaging or similar nature in the nature of all kinds of financial content, legal, criminal and administrative responsibility for the content of the sender member / members are belong.
Related News