Thuringia's Prime Minister Bodo Ramelow considers the decision not to lift the facility-related corona vaccination requirement for employees in the health sector to be wrong. 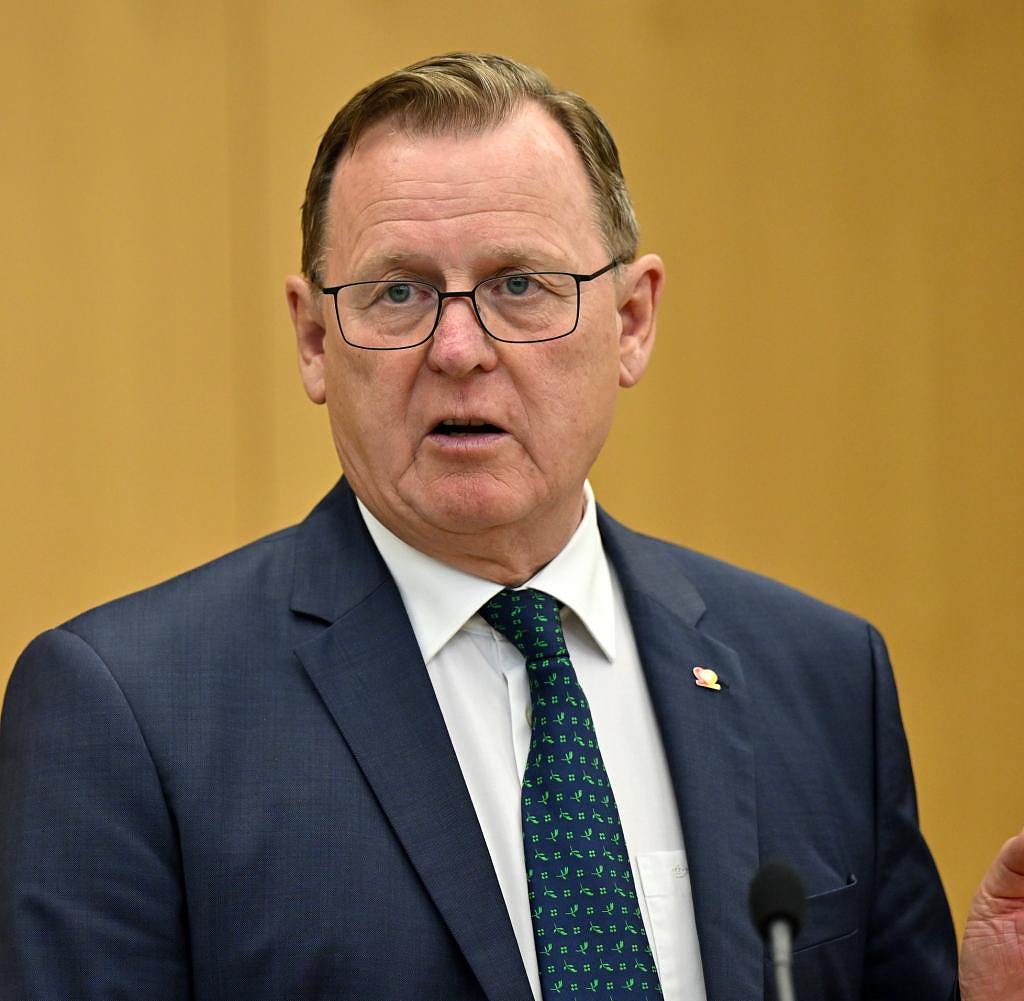 Thuringia's Prime Minister Bodo Ramelow considers the decision not to lift the facility-related corona vaccination requirement for employees in the health sector to be wrong. "I don't understand that. The Federal Infection Protection Act will not have my approval in this form, ”said the left-wing politician of the German Press Agency in Erfurt.

He will inform the members of the red-red-green state government about his position. The law is on the agenda at the Federal Council meeting this Friday. Ramelow is also currently President of the Bundesrat.

He pointed out that Thuringia's Health Minister Heike Werner (left) had also written to the federal government with criticism of this regulation in the Infection Protection Act. It is also unacceptable that the health authorities have to get into operational conflicts because of the controversial facility-related vaccination requirement, said Ramelow.

According to an internal agreement in the Bundesrat, the red-red-green coalition in Thuringia abstains if there are different views on an upcoming decision within the three parties Left, SPD and Greens. Formally, however, there is no abstention in the Federal Council, said Ramelow. "The President of the Federal Council only asks who agrees."

The President of the Conference of Ministers of Education (KMK), Karin Prien, had previously sharply criticized the new regulation of the Infection Protection Act and called for changes. The CDU politician, who is also Minister of Education for Schleswig-Holstein, sees students being disadvantaged by the Corona rules in autumn. She called the law a "disaster for students" on Tuesday. Schleswig-Holstein could not agree to this in the Bundesrat. The state chamber will discuss this on Friday. The Bundestag passed the law last week.

Background to the criticism: With the new regulation, Corona is to be included in a list of particularly contagious infectious diseases listed in the Infection Protection Act and will thus in future be in a row with cholera, measles, whooping cough or the plague. The corresponding paragraph also stipulates that people who are ill or suspected of being sick may only enter schools or day-care centers with a medical certificate or a negative test.

If a student were suspected of having corona because he or she was coughing, this would have to be cleared up with a test. In the case of a corona infection, a negative test would also be required before a child is allowed to go back to school. According to Schleswig-Holstein, the legal text does not allow self-tests, as communicated by the traffic light, but an official test would be necessary. Prien said: "It has to be improved so that the students are not worse off than we adults." According to the recommendation of the Robert Koch Institute, everyone else can take part in life again after five days.

‹ ›
Keywords:
NewsteamRamelowBodoCoronavirusGrüneDie LinkeKarriereBundestagErfurtInfektionsschutzgesetzBodo RamelowThüringenBundesrat
Your comment has been forwarded to the administrator for approval.×
Warning! Will constitute a criminal offense, illegal, threatening, offensive, insulting and swearing, derogatory, defamatory, vulgar, pornographic, indecent, personality rights, damaging or similar nature in the nature of all kinds of financial content, legal, criminal and administrative responsibility for the content of the sender member / members are belong.
Related News