More than 5,000 lawyers will commemorate the 425th anniversary of Madrid Lawyers

17 countries from 3 continents will be represented in a celebration attended by more than 50 Spanish, European, Latin American and African deans. 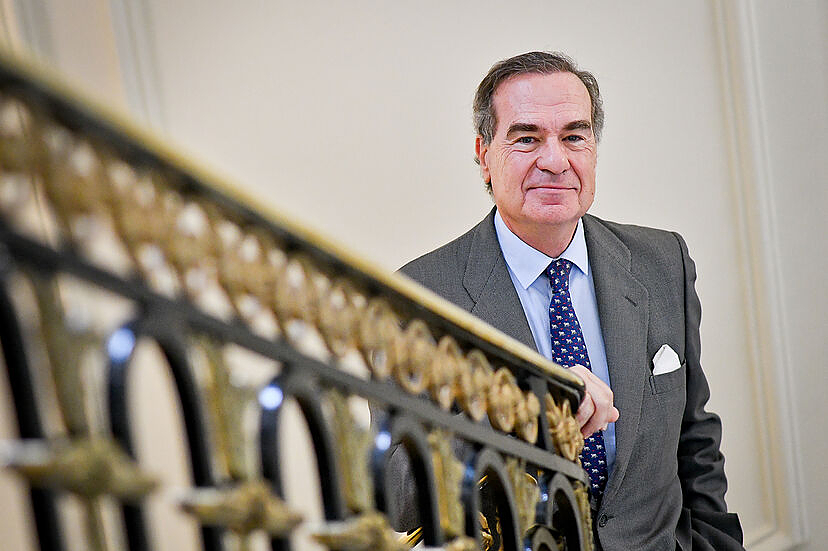 17 countries from 3 continents will be represented in a celebration attended by more than 50 Spanish, European, Latin American and African deans.

The countdown begins for the celebration of 425

Anniversary of the ICAM, whose commemorative events will take place from June 13 to 17 at different venues in the city of Madrid. As reported on Tuesday by Dean José María Alonso at an informative breakfast with the press, more than 5,000 professionals have already signed up for one of the events scheduled by the association in a "historic week for Madrid Lawyers".

A celebration that will be free to access for all the legal profession in Madrid and at no cost to the Association thanks to the "commitment and generosity" of the more than 30 sponsors of the event, whose contributions will fully cover the anniversary.

Accompanied by the deputies of the Governing Board of the ICAM Eugenio Ribón and Manuel Martín, responsible for the organization of the event and the communication area, Alonso has detailed the details of a commemorative program in which more than 150 national and international speakers will analyze the legal legacy of the corporation and will address the present and future challenges in the legal sector. In total, 17 countries from 3 continents will be represented in a celebration that will be attended by more than 50 Spanish, European, African and Ibero-American deans and that will include representatives of international institutions such as the European Commission, the FBE, the IBA, the UIBA or the International Criminal Bar.

The first stop of the anniversary will be on Monday June 13 at 12:00 at the Teatro Real, where His Majesty the King will preside over the oath or promise to abide by the Constitution and the rest of the legal system of the nearly 300 new lawyers who enter the profession. It will be in a robed act in which Felipe VI will receive accrediting recognition of his 25 years as a Collegiate of Honour. In addition to the dean and the deputies of the Governing Board of ICAM, the former presidents of the Government Felipe González and José María Aznar, both members of ICAM, will take to the stage; the presidents of the Supreme Court and the Constitutional Court, Carlos Lesmes and Pedro González-Trevijano; and the Minister of Justice, Pilar Llop.

On Tuesday, June 14, at 9:00 a.m., the Mayor of Madrid, José Luis Martínez-Almeida, and the Dean, José María Alonso, will place a commemorative plaque on the building located between Calle Mayor and Puerta del Sol, the site of the that it was the Convent of San Felipe el Real, where the first ICAM statutes were signed.

Hand in hand with some of the most relevant firms in business law, with a presence in Madrid, and with the participation of legal associations representing the legal sector, the ICAM organizes a special edition of the Justice Forum to analyze from a global perspective where the legal profession is headed. The act, which will take place on Wednesday, June 15, from 9:30 a.m. to 2:00 p.m., will take place in three morning sessions that will be moderated by the deputies of the ICAM Governing Board Manuel Martín, Luis Fernando Guerra and Eugenio Ribón.

In the first two, the managing partners of firms like Allen

On Friday, June 17, starting at 12:15 p.m., the final act of the commemorative week will feature five of the last heads of the Justice portfolio. Juan Fernando López Aguilar (2004-2007); Alberto Ruiz-Gallardón (2011-2014), Rafael Catalá (2014-2018); Dolores Delgado (2018-2020) and Juan Carlos Campo (2020-2021) will discuss the role of legal professionals as guarantors of the fundamental right of defense and legal assistance in a session moderated by the deans of ICAM, José María Alonso , and the IE Law School, Soledad Atienza.

Finally, the President of the Community of Madrid, Isabel Díaz Ayuso, and the Mayor of the Madrid City Council, José Luis Martínez-Almeida, will be in charge of officially closing the 425th anniversary of ICAM.

‹ ›
Keywords:
JuridicoactualidadtendenciasJurídicoActualidad Y Tendencias
Your comment has been forwarded to the administrator for approval.×
Warning! Will constitute a criminal offense, illegal, threatening, offensive, insulting and swearing, derogatory, defamatory, vulgar, pornographic, indecent, personality rights, damaging or similar nature in the nature of all kinds of financial content, legal, criminal and administrative responsibility for the content of the sender member / members are belong.
Related News