Former Chancellor Angela Merkel (CDU) warns against dismissing threats in the Russian war against Ukraine as a bluff. 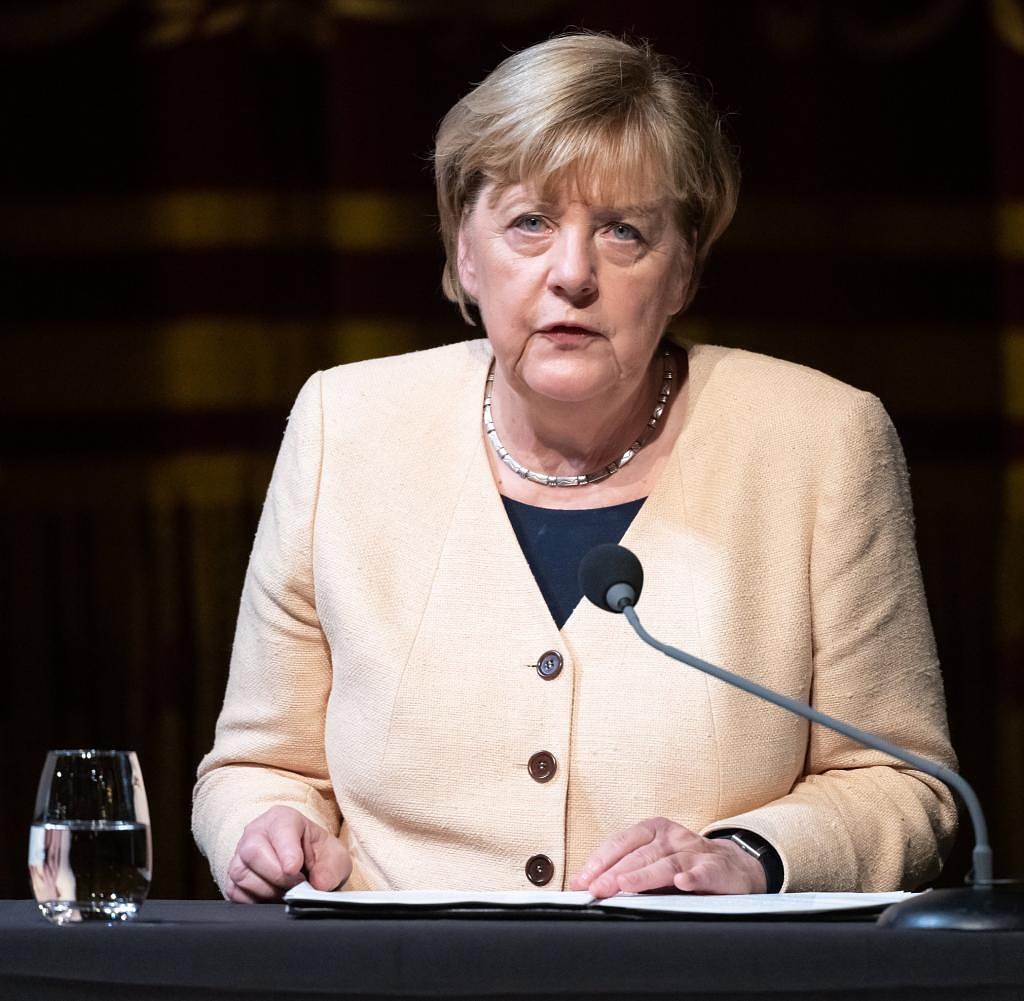 Former Chancellor Angela Merkel (CDU) warns against dismissing threats in the Russian war against Ukraine as a bluff. The attack on Ukraine was a "profound turning point," said Merkel on Thursday evening at a ceremony marking the 77th anniversary of the "Süddeutsche Zeitung" in Munich. And one where "we would all be well advised to take words seriously and deal with them seriously and not dismiss them as bluffs in the first place".

She again emphasized that a lasting peace in Europe could only come about with the involvement of Russia. "As long as we haven't really managed to do that, the Cold War isn't really over either," she said.

The 68-year-old Merkel did not run for the federal elections last year after 16 years as chancellor. In February, Merkel had already described Russia's war of aggression as a "profound caesura". She made a similar statement in a speech in June at the German Federation of Trade Unions.

Merkel has only held a few public appointments since leaving office in December. Most recently, she performed at the city anniversary in Goslar in September. She wants to publish her memoirs in autumn 2024, as her publisher recently announced.

The former chancellor gave an outlook on this at the "Süddeutsche Zeitung" in Munich: She did not feel comfortable with the term "Kohl's girl" at the beginning of her political career. "It was hardly possible for me to be perceived as an independent person," said Merkel. At the time, after 35 years in the GDR, she finally wanted to make her own opinion heard. "I found that to be quite depressing."

At the beginning of her career, Merkel was Federal Minister for Women and Youth in the cabinet of then Chancellor Helmut Kohl (CDU) and was long referred to in the media as "Kohl's girl".

One of the first articles about her that appeared in the "Süddeutsche Zeitung" in the 1990s was entitled: "Why don't we know Angela Merkel?" It said: "She is the youngest minister Germany has ever had - maybe the nicest," quoted Merkel. "Although I should quickly realize that being nice in politics is such a thing."

‹ ›
Keywords:
TexttospeechNewsteamMerkelAngelaRusslandUkraineKrieg (24.2.2022)PutinWladimirMünchenBluffCDUApple PodcastWolfgang KrachPolitikKriegUkraineAngela MerkelWladimir PutinRussland
Your comment has been forwarded to the administrator for approval.×
Warning! Will constitute a criminal offense, illegal, threatening, offensive, insulting and swearing, derogatory, defamatory, vulgar, pornographic, indecent, personality rights, damaging or similar nature in the nature of all kinds of financial content, legal, criminal and administrative responsibility for the content of the sender member / members are belong.
Related News