Masks were compulsory on Baerbock's flight to Morocco

When Federal Foreign Minister Annalena Baerbock (Greens) travels to Morocco and Denmark, unlike when Chancellor Olaf Scholz (SPD) and Vice-Chancellor Robert Habeck (Greens) travel to Canada, masks are compulsory due to the corona pandemic. 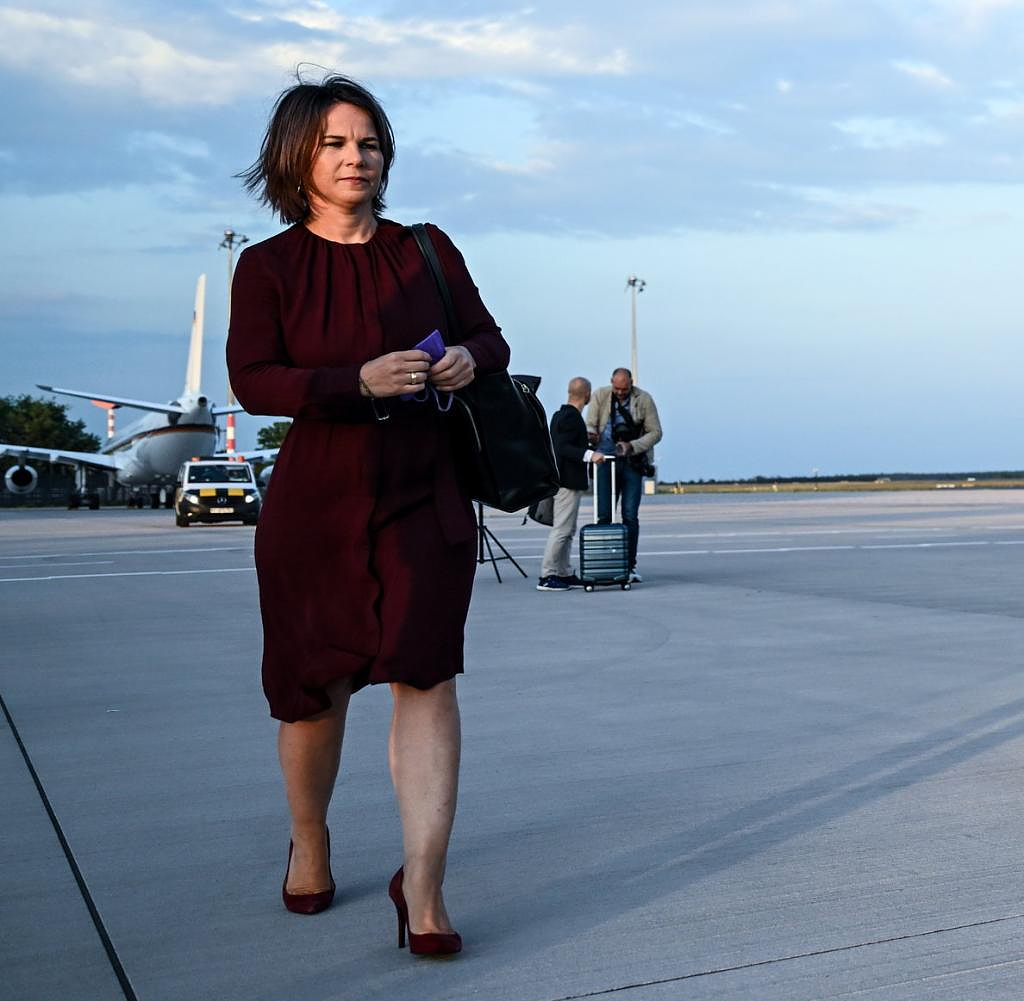 When Federal Foreign Minister Annalena Baerbock (Greens) travels to Morocco and Denmark, unlike when Chancellor Olaf Scholz (SPD) and Vice-Chancellor Robert Habeck (Greens) travel to Canada, masks are compulsory due to the corona pandemic. In addition, all passengers had to take a PCR test no more than 24 hours before departure from Berlin to the Moroccan capital on Monday evening and also a self-test on each subsequent day of travel in the morning.

In July, the Air Force lifted the general mask requirement for government pilots and has only recommended wearing masks since then. However, the organizers of the trip – i.e. the ministers, the Chancellor or the Federal President – ​​are free to take further measures. Whether the Air Force can simply be excluded from the rules that apply to other flights does not seem to be entirely clear from a legal point of view.

As the head of the delegation on the three-day trip to Canada, Scholz adhered to the specifications of the Air Force. In addition, a negative PCR test no more than 24 hours before the start of the journey was a prerequisite for traveling with you. No other self-tests were required during the trip. A government spokesman explained that the rules on board the plane “ensure a high level of protection”.

Baerbock had never lifted the mask requirement on her travels. On their current journey in an Airbus A340, almost 50 delegation members, security forces and journalists are on board.

Scholz and Habeck also flew to Canada in an A340 with more than 80 other passengers. Images of Habeck and journalists sitting close together caused criticism during the trip and sparked a debate about whether the mask requirement for scheduled flights to and from Germany should still be maintained.

Baerbock had tested positive for Corona in June during a trip to Pakistan. Habeck was also already ill with Corona. There is no known corona infection from Scholz.

On site, Germany and Morocco then restarted their relations after months of a diplomatic crisis. Baerbock and her counterpart Nasser Bourita agreed on a joint declaration in the Moroccan capital Rabat on Thursday, which provides for a resumption of cooperation in all fields. Both spoke of a "new chapter" in German-Moroccan relations.

However, disagreements over Western Sahara, a desert area claimed by Morocco, remain. However, Baerbock said that there were only "nuanced differences". Both sides would support United Nations efforts to resolve the conflict.

The dispute over Western Sahara plunged relations into a deep crisis last year. At its peak, Morocco withdrew its ambassador from Berlin for several months in May. Morocco accused Germany of being hostile. The Foreign Office rejected the allegations.

In February, a video conference between Baerbock and Bourita led to a settlement of the open dispute. Now the relations are to be put on a new footing with the declaration decided on Thursday. Among other things, it envisages intensified cooperation in the areas of renewable energies, the production of green hydrogen, combating the climate crisis, but also in security policy.

Morocco is the country on the African continent that is geographically closest to Europe. At the narrowest point of the Strait of Gibraltar between Spain and Morocco, both continents are only 14 kilometers apart. The country is a quarter larger than Germany, but has less than half as many inhabitants (about 36 million).

Morocco has occupied most of Western Sahara since the Spanish left in 1975, but membership of its territory is not recognized internationally. The Polisario liberation movement, which is supported by Algeria, has been striving for independence there for decades. A ceasefire has been in force since 1991, which is monitored by a UN mission. There are always fights.

‹ ›
Keywords:
TexttospeechNewsteamBaerbockAnnalenaCoronavirusMaskenpflichtMarokkoWestsaharaKanadaOlaf ScholzSPDAnnalena BaerbockErklärungReiseCoronaGrüneSchönefeldApple PodcastDänemarkRobert Habeck
Your comment has been forwarded to the administrator for approval.×
Warning! Will constitute a criminal offense, illegal, threatening, offensive, insulting and swearing, derogatory, defamatory, vulgar, pornographic, indecent, personality rights, damaging or similar nature in the nature of all kinds of financial content, legal, criminal and administrative responsibility for the content of the sender member / members are belong.
Related News