LR Presidency: Bruno Retailleau, "the Charentaise" in search of a break

"Retailleau? It's the slipper of this election, a notable thing. 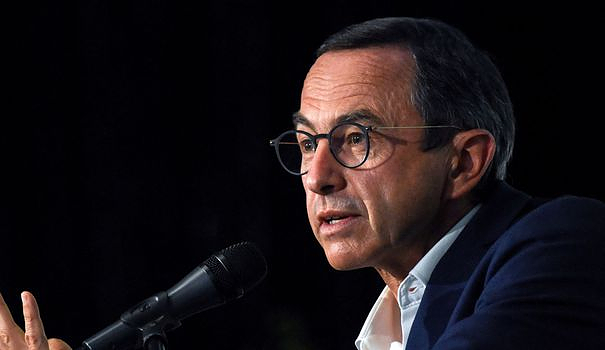 "Retailleau? It's the slipper of this election, a notable thing. He's going to make a Barnier." At the end of September, this young deputy Les Républicains (LR) confided his doubts about the campaign of the senator from Vendée for the presidency of the party. "Doing a Barnier": in the vocabulary of the right, the expression is not a compliment. LR's Larousse could define it as such: "failing in an internal election after having squandered its political capital there." The former European commissioner had missed out on the 2021 primary, finishing in a pitiful third place.

A year later, Bruno Retailleau is campaigning under the skeptical gaze of his rivals, Éric Ciotti and Aurélien Pradié. The candidacy of the Vendéen would lack meaning and narrative. To listen to her critics, she would be hit with an existential crisis. "I understand why we vote for Ciotti or Pradié. Retailleau, I do not see", mocks a close friend of the deputy of Lot. The elected 36-year-old, apostle of a social right, embodies renewal. Éric Ciotti, identified on the themes of security and immigration, promises to nominate Laurent Wauquiez as a candidate for the presidential election of 2027. Which returns it well: he has just given him his support in the columns of Figaro.

What is the purpose of Bruno Retailleau's candidacy? His liberalism and his regal firmness espouse the convictions of Éric Ciotti. He just coats his subject with an intellectual hue, when his opponent adopts a more direct and divisive phrasing. His career reveals less epic than priesthood. The boss of the LR senators did not want to get started. He allowed himself to be persuaded by elected officials, frightened by the prospect of a victory for the Southerner. Bruno Retailleau is running as a candidate for the rally, the only one capable of preserving the unity of a party in mortal danger.

Honorable, but hardly flamboyant. With a corollary danger: that of appearing as the liege man of the notables, when Éric Ciotti plays the militant card. "The deputy against the senator, the candidate of the militants against that of the executives, it is our danger", analyzes a support from Bruno Retailleau. Eric Ciotti was not mistaken, depicting his rival in September as a "status quo" candidate.

Be careful not to be a prisoner of the origins of an application. So, Bruno Retailleau works to free himself from this image. "I am stuck with this label because I have support, he confides. But I am the candidate for rupture." For several weeks, the parliamentarian has been pursuing a more radical strategy and wants to break with the past. On October 10, he published a column exhausting the balance sheets of Jacques Chirac and Nicolas Sarkozy. The right would have lacked "courage" under the presidency of the first and nothing would have "really been assumed until the end" during the mandate of the second. A few days earlier, L'Express revealed the former head of state's desire to leave LR in the event of Bruno Retailleau's victory.

In the camp of the senator, one estimates to have carried out a beautiful blow. This break would be "expected" by activists, as Nicolas Sarkozy's troubled game with Emmanuel Macron disappointed LR members. Bruno Retailleau would have finally touched on the tragedy of LR: its lack of credibility with the people of the right. "Millions of French people have left us since 2007. We tell them that they didn't understand anything? That we did everything right? No!", Says the elected official. Eric Ciotti's entourage, on the other hand, judges that Bruno Retailleau has tarnished his image as a unifier, the raison d'être of his candidacy. "We presented Ciotti as a bomb unpinned, confides a relative. He is today at the center of the device. Retailleau, he makes people leave. This tone signs a feverishness."

Stroke of genius or hara-kiri: the ballot boxes will deliver their verdict in December. But the sequence testifies to an enterprise of denotabilization. Bruno Retailleau is taking off his feather hat tinsel. He says he wants to "put the activists back at the center of the game" by giving them more power. He proposes to multiply the referendums to decide the main strategic orientations of LR.

Another proposal: to decentralize the process of investiture in the elections and to offer within this framework a right of veto to the members. This ode to militant democracy is strategic. It sets up the story of a free candidate, ready to change everything internally. "Nobody holds me by the goatee. I have never been part of the seraglio", loose the boss of the LR senators, not without bad faith. Member of the strategic council of LR, Bruno Retailleau is a pillar of the right.

The man wants to transmit the mistigri of immobility to his rivals. Hasn't Aurélien Pradié been secretary general of the Republicans since 2019? Doesn't Eric Ciotti chair the national investiture commission? The Retailleau camp recalls that the deputy is supported by MEPs Brice Hortefeux and Nadine Morano, a symbol for the young guard of LR of a lack of internal renewal. "The real candidate for the status quo is Ciotti," mocks a lieutenant of the senator.

Cajoling the activists is good. Knowing them is better. Bruno Retailleau has less control over the apparatus and the members than his two rivals. Among the senators who support him, only about ten occupy the strategic position of president of the federation. Éric Ciotti, with national notoriety, directs that of the Alpes-Maritimes. "He's a very big delay," admits one supporter. "We are starting from behind. We are obliged to make a total campaign", confirms a relative. " Bruno Retailleau holds at least five public meetings each week. "I have the impression of leading a presidential campaign", he said. he entrusted to a senator.

Hurry up. The candidate will present in the coming weeks a series of substantive proposals to occupy the land. His team has a date in mind: November 3, the deadline for joining LR and voting in the election. Like his rivals, the senator is trying to garner as many members as possible by then. He will then launch a media offensive by the start of the FIFA World Cup. Objective: to preempt the televised debate of the Congress around its proposals. In his team, we know how well Éric Ciotti had shone in the exercise in 2021.

We see the premises of this offensive. In response to the Lola affair, Bruno Retailleau will table a bill "to make the State civilly liable" when a Frenchman is "injured or killed by a foreigner who has nothing to do on French soil". "Retailleau is serious and has not accustomed us to this kind of projections", is surprised the boss of the centrist senators Hervé Marseille. A news item, a law. Sarkozy in the text. Disruption has its limits.