"Spain complies with the standards of the rule of law and respects the institutions," Llop defended in the Congress of Deputies. 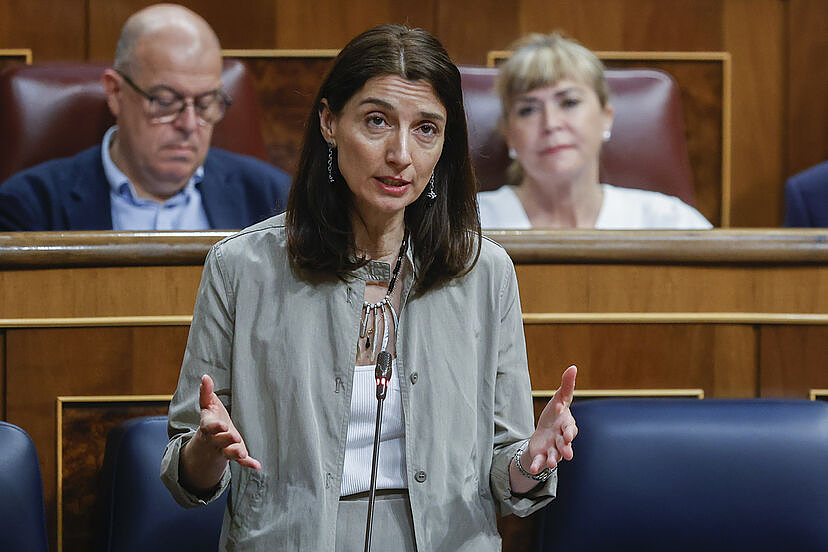 "Spain complies with the standards of the rule of law and respects the institutions," Llop defended in the Congress of Deputies.

The Minister of Justice, Pilar Llop, has warned of the "danger" that the lack of renewal of the General Council of the Judiciary (CGPJ) poses to the "plurality and diversity" of Spain, in the same way, she has said, that it has meant the judgment of the Supreme Court of the United States on abortion, "which has not responded to plurality and diversity" or "to the needs of women".

"Spain complies with the standards of the rule of law" and "respects the institutions", Llop defended when asked about this compliance with the rule of law in the plenary session of Congress by the deputy of the Plural parliamentary group Josep Pagès, although He lamented that we still have "a pending issue" such as the renewal of the CGPJ.

Due, he recalled, "to an absolutely unjustified blockade" of the popular parliamentary group, which he has accused of not allowing the governing body of the judges "to respond to that plural and diverse Parliament that we have in Spain", so that they can create it " His image and likeness".

He has thus warned of the "dangerousness" of this situation, comparing it to what happened with "the ruling of the Supreme Court of the United States, which has also failed to respond to the reality of plurality and diversity and to the needs of those of us who are half of the population in the world, to the needs of women".

The minister has pointed out that this is what a democrat should be concerned about, to which the deputy, who in his question has not alluded to the CGPJ but to the "non-compliance" with sentences of European courts such as that of ETA member Xabier Atristain, or espionage to Catalan politicians, he has replied that what his group has to worry about will be they who have to decide.

"I have not asked him about the General Council of the Judiciary or about the ruling of the Supreme Court of the United States," protested Pagès, who has chosen to question the minister about when she planned to modify the crimes of sedition and rebellion, and has warned that it would be "unacceptable" for the pardons for those convicted of the procés in Catalonia to be annulled and that this "depends on the change in a chamber of the Supreme Court" that must resolve the appeals against these grace measures.

Llop has responded by insisting that the Government is "strengthening the rule of law day by day", as well as the "social and territorial cohesion of this country", which also -he has observed- "surely matters a lot to him", and He referred to the report on the espionage of Catalan politicians, recalling that a few weeks ago the Council of Europe opposed it.

Regarding the alleged persecution of politicians in Catalonia, Llop has also highlighted that among the more than 11,000 public officials in Catalonia, "many of them pro-independence", "only seven have been convicted and pardoned by this Government".