The Minister of Justice has highlighted that the only thing she has heard from the popular representatives is that it is not a priority while she has understood that it is a question of State. 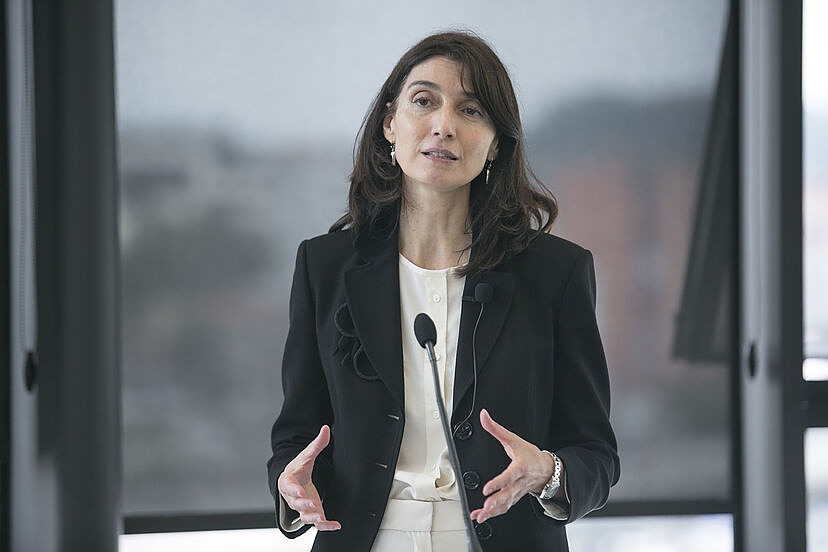 The Minister of Justice has highlighted that the only thing she has heard from the popular representatives is that it is not a priority while she has understood that it is a question of State.

The Minister of Justice, Pilar Llop, has criticized that the PP "blocks" the reform of the General Council of the Judiciary (CGPJ) when it is in opposition and has asked what the popular "fear" for not complying with the Constitution.

In statements to the media after inaugurating this Thursday the 36th Congress of Judges for Democracy in Las Palmas de Gran Canaria, he recalled that said renewal should have occurred more than three years ago but that the PP whenever it has been in the opposition "has blocked it".

Likewise, the minister has highlighted that the only thing she has heard from the popular representatives is that it is not a priority while she has understood that it is a question of State "because it directly affects citizens."

Llop has pointed out that the PP has said that it is going to make a global Justice plan where they want to frame said negotiation, "and I don't know if it will be one more excuse for not renewing the CGPJ." "What is the PP afraid of not renewing the CGPJ and not complying with the Constitution?" he asked.

For his part, he has hoped that the CGPJ can be renewed and that it be done "as usual, the magistrates of the TC can always be appointed, two by the CGPJ and two by the Government."

In addition, he pointed out that what is going to happen with the ruling on the Law that declares that the acting Council has limited powers is also pending. "That is to say, if the competence related to the appointment of the magistrates of the Constitutional Court by the CGPJ is going to be declared unconstitutional, I completely ignore the meaning that this resolution can have."

Llop has observed that it is not so clear in the Constitution what it is that must be done, as well as in the Organic Law that regulates the TC, "because many experts are asking questions about whether or not it is possible for the Government to directly appoint two magistrates of the Constitutional".

For her part, the minister has placed special emphasis on the fact that the Government defends the current CGPJ model for being "absolutely democratic" and represents that the Judiciary, like all State powers, emanates from the people, and that the appointment of the members emanates from the representatives of the citizens in the Parliament.

"The CGPJ is not a power of the judges or of the Justice groups, it is a power of the Spanish citizens. That said, we defend the umbilical cord that unites the feeling of the citizen with the feeling that the members of the Council must have" , it is finished.