"Leave it alone!" - This is how Scholz warns Putin against the use of nuclear weapons 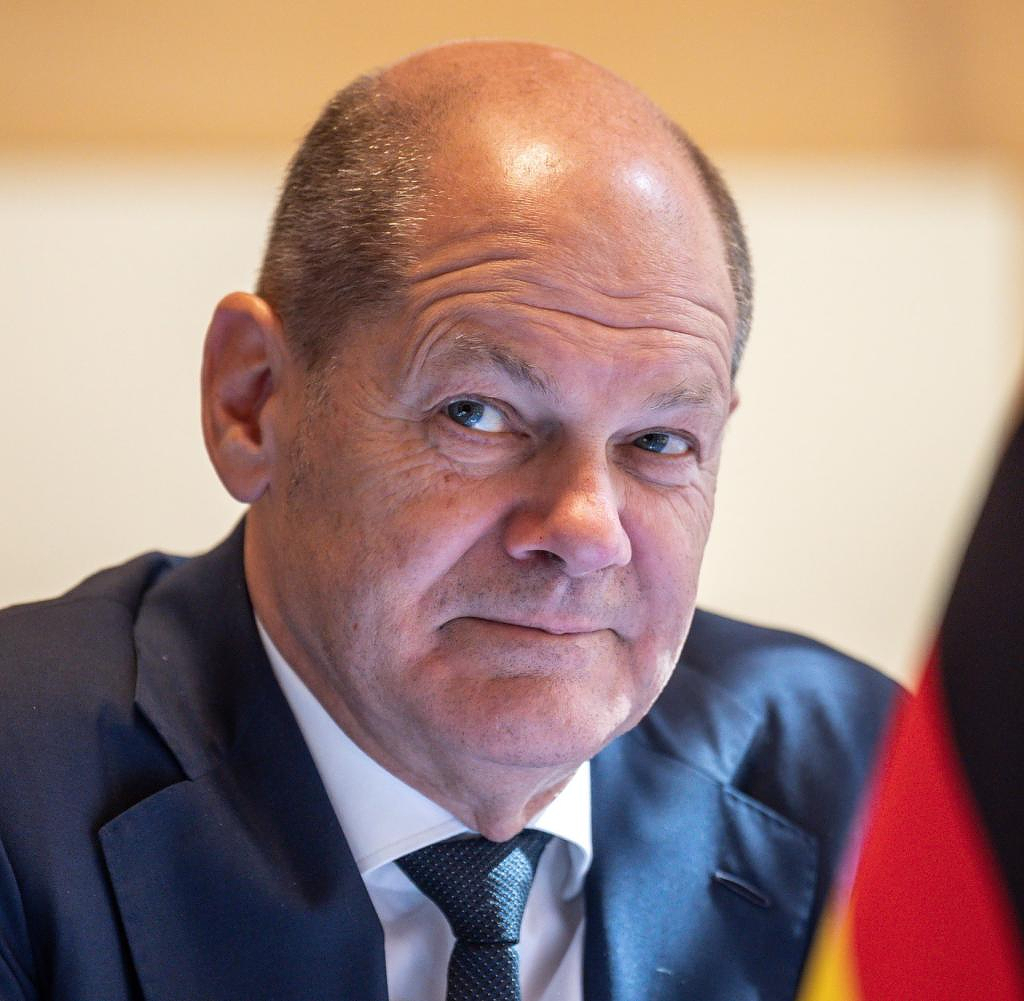 Chancellor Olaf Scholz (SPD) has warned Russian President Vladimir Putin against using atomic bombs. When asked whether Putin could carry out his threats, the chancellor said in a video interview with the Neue Osnabrücker Zeitung on Wednesday: "Who knows? Like US President Joe Biden, however, I want to say quite clearly to Russia: Let it be!”

Asked whether Germany would expand its military support to Ukraine if Russia annexed the conquered areas in eastern Ukraine, as announced, the Chancellor said: "We will not accept the result of these sham referendums and will continue to support Ukraine with undiminished strength."

The self-propelled howitzers, multiple rocket launchers and anti-aircraft tanks of the Gepard type that have already been delivered have already made “a very important contribution to the success of the Ukrainian armed forces in the east of the country”.

Partners such as the Czech Republic and Slovakia, Romania and Greece are giving tanks from Eastern European production to the Ukraine, where they can be used immediately because logistics, ammunition, spare parts and the necessary know-how are available. "In return, we are gradually replenishing our partners' inventories with Western equipment," explained Scholz. He is therefore surprised "that some critics act as if we only deliver helmets".

Regarding the question of supplying his own main battle tanks, the chancellor said: “The attitude of the federal government is clear: no going it alone; and it will stay that way.” However, the situation in Ukraine is “very dynamic and we are constantly reassessing the situation”. But his "clear course" remains: "Germany supports Ukraine to the best of its ability and at the same time does everything possible to prevent a direct conflict between NATO and Russia." That is the basis of all decisions. And "that also corresponds to the will of the vast majority of citizens," said Scholz.

In the interview, Scholz called the partial mobilization of the Russian armed forces announced by Russian President Vladimir Putin an "act of desperation and a somewhat panicky reaction to the failures of the Russian armed forces in eastern Ukraine". This caused considerable unrest in Russia. "Putin is adding mistakes to mistakes," said the Chancellor. The Russian President "could end this war immediately by withdrawing his troops and then engaging in talks with Kyiv".

‹ ›
Keywords:
NewsteamScholzOlafRusslandUkraineKrieg (24.2.2022)PutinWladimirKiewTeilmobilmachungPolitikOlaf ScholzJoe BidenOstukraineSPDUkraineWladimir PutinNeue Osnabrücker ZeitungScholz PutinRussland
Your comment has been forwarded to the administrator for approval.×
Warning! Will constitute a criminal offense, illegal, threatening, offensive, insulting and swearing, derogatory, defamatory, vulgar, pornographic, indecent, personality rights, damaging or similar nature in the nature of all kinds of financial content, legal, criminal and administrative responsibility for the content of the sender member / members are belong.
Related News