The former Vice President of the European Parliament, Eva Kaili, who is suspected of corruption, remains in prison for the time being. 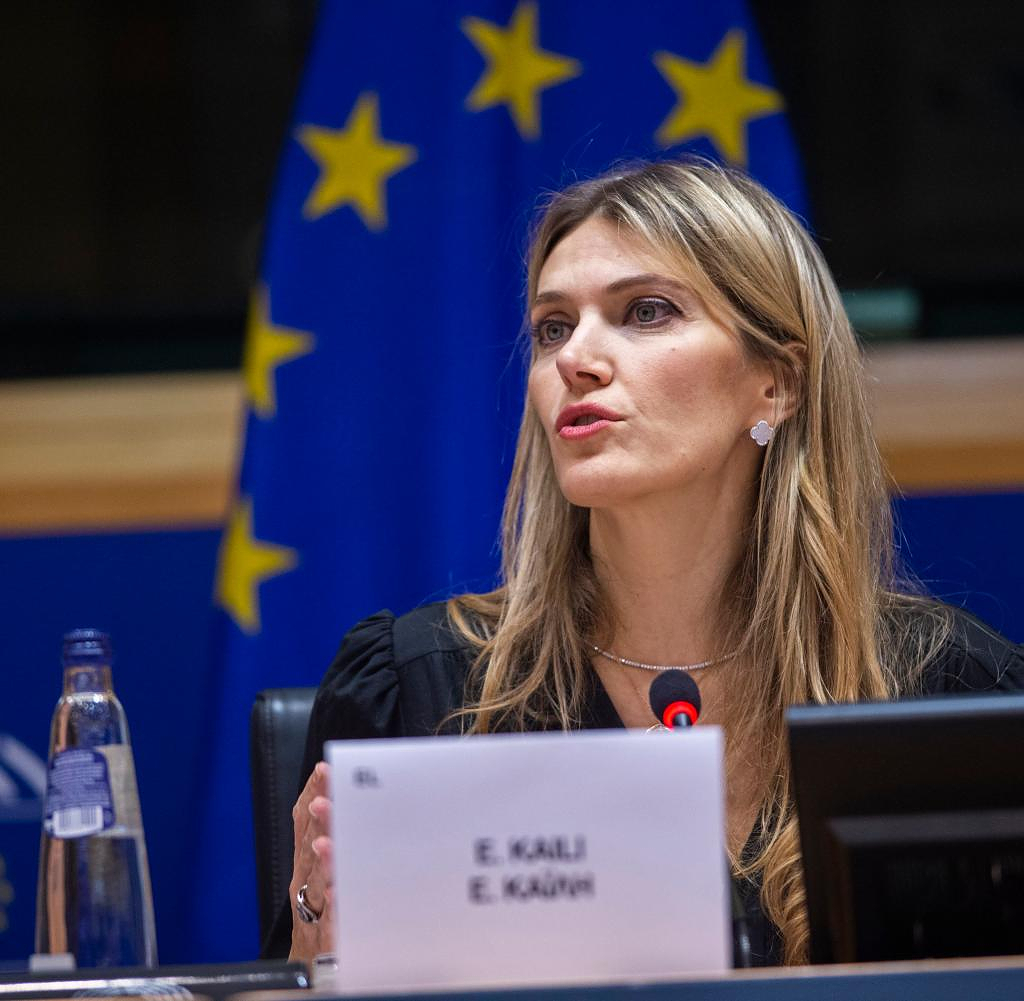 The former Vice President of the European Parliament, Eva Kaili, who is suspected of corruption, remains in prison for the time being. The competent court in Brussels extended the custody of the 44-year-old Greek woman by a month on Thursday, the responsible public prosecutor announced.

The Belgian judiciary has been investigating suspected corruption, money laundering and influence from abroad for months in the vicinity of the European Parliament. It is said that the Gulf Emirate of Qatar is said to have tried to influence political decisions with gifts of money and goods. According to reports, Morocco has tried to do the same.

Kaili and three other suspects were therefore taken into custody on December 11. They are charged with involvement in a criminal organization, money laundering and corruption. A magistrate ruled last week that two of them must remain in prison while they are being held on remand.

These are Kaili's partner, who works as an MEP's assistant, and former Socialist MEP Pier Antonio Panzeri. Another suspect was allowed out of prison with the condition of an ankle bracelet. Kaili's lawyers had also advocated for their client.

Earlier on Thursday, the Greek authorities had also confiscated a piece of property belonging to MPs and their partner. "A plot of land measuring around 7,000 square meters" on the Greek island of Paros was confiscated, which "Kaili and her partner Francesco Giorgi had bought," a Greek legal source said.

"Eva Kaili is innocent," her lawyer Michalis Dimitrakopoulos confirmed in a Brussels court on Thursday. The day before he had told Greek journalists that the former TV presenter was in poor mental health. She feels betrayed by her partner, Dimitrakopoulos said after speaking to Kaili for several hours in prison. "She trusted him, he betrayed her."

Kaili herself has so far denied any guilt and blamed her partner for the large amount of cash in the shared apartment. At the same time, however, according to her lawyer, she admitted, among other things, that on the day of the raid by Belgian investigators, she had instructed her father to bring cash from her apartment to a Brussels hotel.

Investigators found 150,000 euros in the apartment of the Vice-President of the European Parliament, who has since been deposed on suspicion of corruption, and her partner Giorgi, who works as an assistant in Parliament. Another 750,000 were found with Kaili's father in a Brussels hotel. In total, the investigators searched 20 private rooms and MPs' offices between December 9th and 12th. They found a further 600,000 euros with the former MEP Panzeri.

Before Thursday's hearing, Dimitrakopoulos stressed that Kaili was not at risk of absconding, nor was it possible for her to destroy evidence. Another argument is that Kailis' two-year-old daughter is now effectively an orphan because both parents are imprisoned. According to Greek media reports, the child is with his grandfather, the suspect's father.

‹ ›
Keywords:
NewsteamEuropäische Union (EU)KorruptionKailiEvaGriechenlandPolitikTexttospeechGriechenlandKrimiEva KailiBrüsselStaatsanwaltschaft
Your comment has been forwarded to the administrator for approval.×
Warning! Will constitute a criminal offense, illegal, threatening, offensive, insulting and swearing, derogatory, defamatory, vulgar, pornographic, indecent, personality rights, damaging or similar nature in the nature of all kinds of financial content, legal, criminal and administrative responsibility for the content of the sender member / members are belong.
Related News