Julien Bayou resigns from his position as national secretary of EELV

After the withdrawal of the Insoumis Adrien Quatennens, Julien Bayou, accused of moral harassment by his ex-companion, announced this Monday, September 26 in the morning his resignation from his post of national secretary of Europe Ecology-The Greens (EELV ) and the presidency of the environmental group in the National Assembly, denouncing an “untenable” situation in a press release. 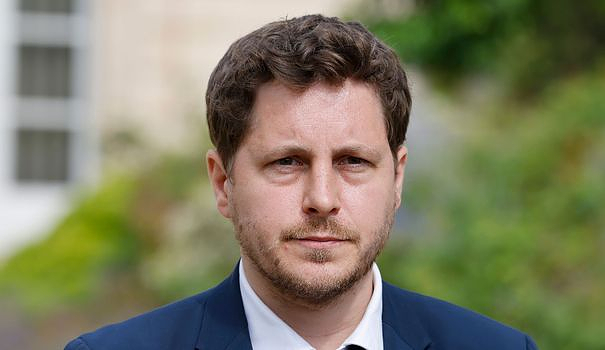 After the withdrawal of the Insoumis Adrien Quatennens, Julien Bayou, accused of moral harassment by his ex-companion, announced this Monday, September 26 in the morning his resignation from his post of national secretary of Europe Ecology-The Greens (EELV ) and the presidency of the environmental group in the National Assembly, denouncing an “untenable” situation in a press release.

"I am accused of facts which are not presented to me, of which my accusers-ices say that they are not criminally reprehensible, and which I cannot therefore defend myself since they refuse to hear me", explained Julien Bayou. He will hold a press conference at 4 p.m. in Paris.

"This situation is untenable and the deleterious context seems to prevent any discernment, at a time when society is rocking and seeking the point of balance for this so necessary feminist revolution", he added, stressing that his decision "does not call back in question" nor his mandate as a Member of Parliament nor his "present and future commitment". On FranceInfo this Monday, MEP EELV Karima Delli said "to take note of her decision", while adding, "we must, we political parties, question ourselves on the functioning of such cells."

This resignation comes as environmentalists are shaken by accusations of moral harassment against Julien Bayou, following testimony on a program a week ago by MP Sandrine Rousseau, who met his ex-girlfriend. On the set of France 5 Monday, September 19, the eco-feminist mentioned the "behaviours likely to break the moral health of women", in this case the ex-companion of Julien Bayou.

The environmental group in the National Assembly suspended Julien Bayou from his co-presidency on Tuesday. The former candidate of the Greens for the presidential Yannick Jadot had invited the politician on Sunday to put himself "withdrawn" from the national secretariat of EELV, Sunday September 25 when he spoke for the first time on the subject. during the program "Le Grand Jury" broadcast on RTL, Le Figaro and LCI. .

The resignation of the secretary general also occurs the day after the rejection by the Greens of an internal referendum to simplify the organization and adapt EELV to the "conquest of power", which was supported by the party leadership, plunging the environmental training in the crisis.