When the young Iranian Kurdish woman Jina Mahsa Amini lay dying in a hospital 100 days ago, many people in Iran were already suspicious. 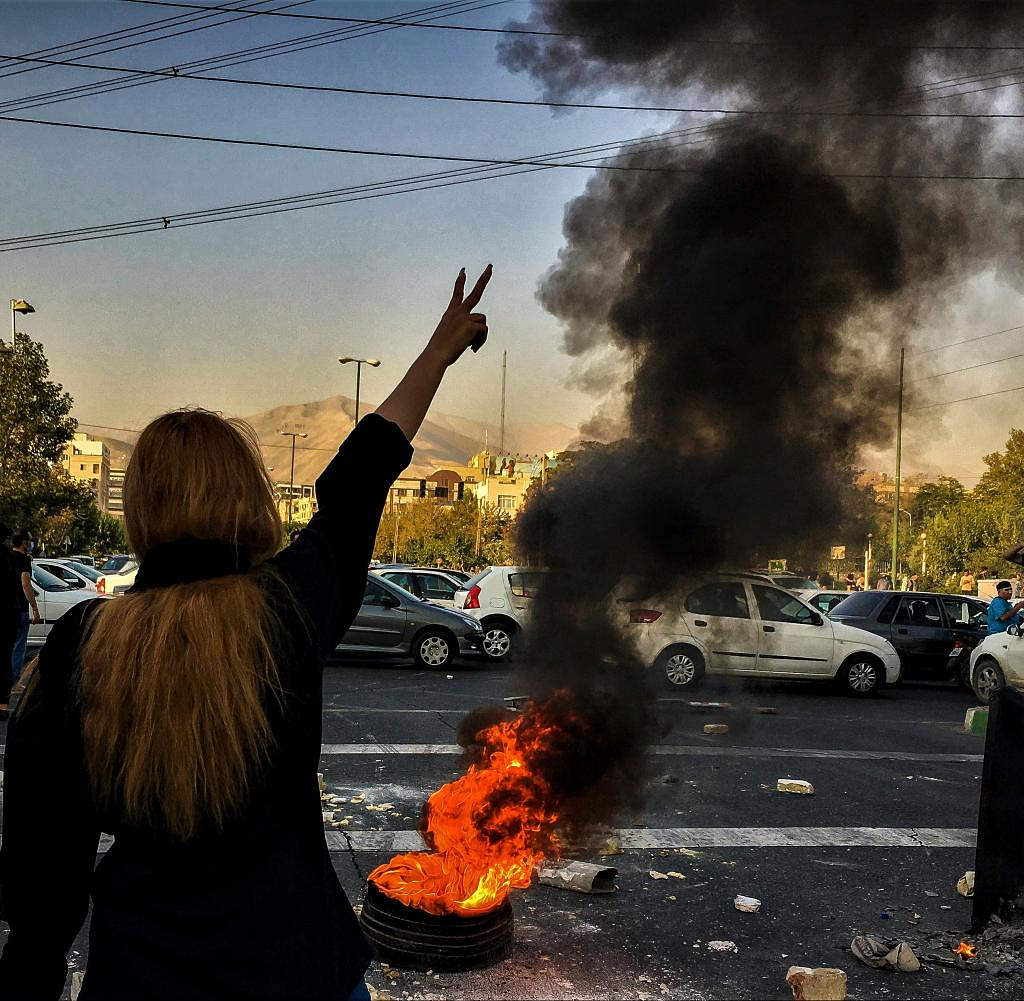 When the young Iranian Kurdish woman Jina Mahsa Amini lay dying in a hospital 100 days ago, many people in Iran were already suspicious. A photo showing the 22-year-old with a ventilation tube and closed eyes in an intensive care unit in the capital, Tehran, is spreading rapidly.

Many people already assume that Amini must have suffered violence after her arrest by the moral guards. The notorious morality police had taken the student away just three days earlier because of an ill-fitting headscarf. She dies, and the day after her death, anger and sadness erupt in a first demonstration. Starting in Amini's home province of Kurdistan, the protests are spreading like wildfire across the country.

For more than three months now, people from different walks of life and generations have been demonstrating against the repressive policies and system of the Islamic Republic. The security apparatus reacted with extreme severity, more than 500 demonstrators have already been killed, according to human rights activists.

The supporters of the protests are sometimes violently defending themselves. Even if the street protests have recently decreased somewhat after the government's action, many experts are now speaking of a "revolutionary movement."

Fatemeh Shams, assistant professor at the University of Pennsylvania in the US, describes the protests as the “biggest challenge to the core of the current regime and its ideology in the past 43 years.” She sees great resentment behind the demonstrations. "I don't think they realized how much they had lost touch with real society, with real people, with the new generation. And to be confronted with it was a great shock for them.”

The street protests are accompanied by creative protest and civil disobedience – demonstrators, for example, push the turbans off mullahs, fill public fountains with fake blood or smear posters of influential statesmen with red paint.

The leadership of the Islamic Republic continues to take a hard line against the demonstrators. In the Kurdish areas, for example, the Revolutionary Guards and the notorious Basij militias used live ammunition in armored vehicles to counter uprisings. Numerous prominent athletes, artists and actresses who show solidarity with the protests are summoned, interrogated and arrested. Tehran speaks of a "foreign conspiracy" and blames its arch-enemies, the USA and Israel, for the crisis.

Politicians from the reform camp, such as ex-President Mohammed Chatami, are trying to criticize the repressive government course. But many young demonstrators dismiss even more moderate leaders as "men of the system." No words of reconciliation can be heard from the political leadership itself.

“There is a misconception among Western politicians that the reform parties fought for women's rights. That's wrong," says Shams. She points out that a law establishing the notorious Morality Police was passed under Khatami.

Since the beginning, the protests have been accompanied by a broad wave of international solidarity. Above all, the large Iranian community abroad supports the criticism of the government's course and the demands for a political system change in Iran. Many Western governments abroad have accepted a deterioration in bilateral relations with sharp criticism of Tehran. Negotiations to revive the nuclear deal that would prevent Iran from building a nuclear bomb remain on hold.

The execution of two demonstrators in December sparked widespread criticism and dismay in Iran and internationally. Human rights activists see the executions as an attempt to stifle the protests through deterrence. However, the fast-track verdicts also met with great rejection from parts of the religious and traditional layers in Iran. "Even the majority of the country's traditional, religious population is appalled by the brutal violence in the name of Islam," explains the expert Shams. Islamic preachers in Iran also condemned the executions.

“We are dealing with a regime today that is visibly unpopular with many different social classes, with the country's new generations, with women and with the majority of male citizens,” says Shams. However, she is critical of the protest movement's hopes for a rapid system change. “If they completely shut people up this time and let the world get away with it, it would shake civil society to its core because basically people had nothing left to lose.”

‹ ›
Keywords:
NewsteamTeheranIranJina Mahsa AminiMahsa AminiIslamische RepublikApple PodcastUSAMohammed ChatamiGewaltKrisePolitik
Your comment has been forwarded to the administrator for approval.×
Warning! Will constitute a criminal offense, illegal, threatening, offensive, insulting and swearing, derogatory, defamatory, vulgar, pornographic, indecent, personality rights, damaging or similar nature in the nature of all kinds of financial content, legal, criminal and administrative responsibility for the content of the sender member / members are belong.
Related News