Post a Comment Print Share on Facebook
Famagusta 23
DOLLAR 18,57
EURO 18,53
GOLD 1.026,25
BIST 3.458,03
Also two are a band
"My freedom is curtailed because I have to fear that I will be silenced"
This Russian explained to Hitler – does his film also help to understand...
This is how the press council evaluates the WELT guest contribution “How...
The last word of the piece is "Auschwitz"
In the prison wing for hopeless cases
Just like Emperor Augustus used pictures as a means of communication
Only psychoanalysis has the answer to our problems
The best French conductor is moving to Baden-Baden
The German spirit and I

Israeli Prime Minister Jair Lapid has called on the West to renounce an agreement with Iran over its nuclear program. 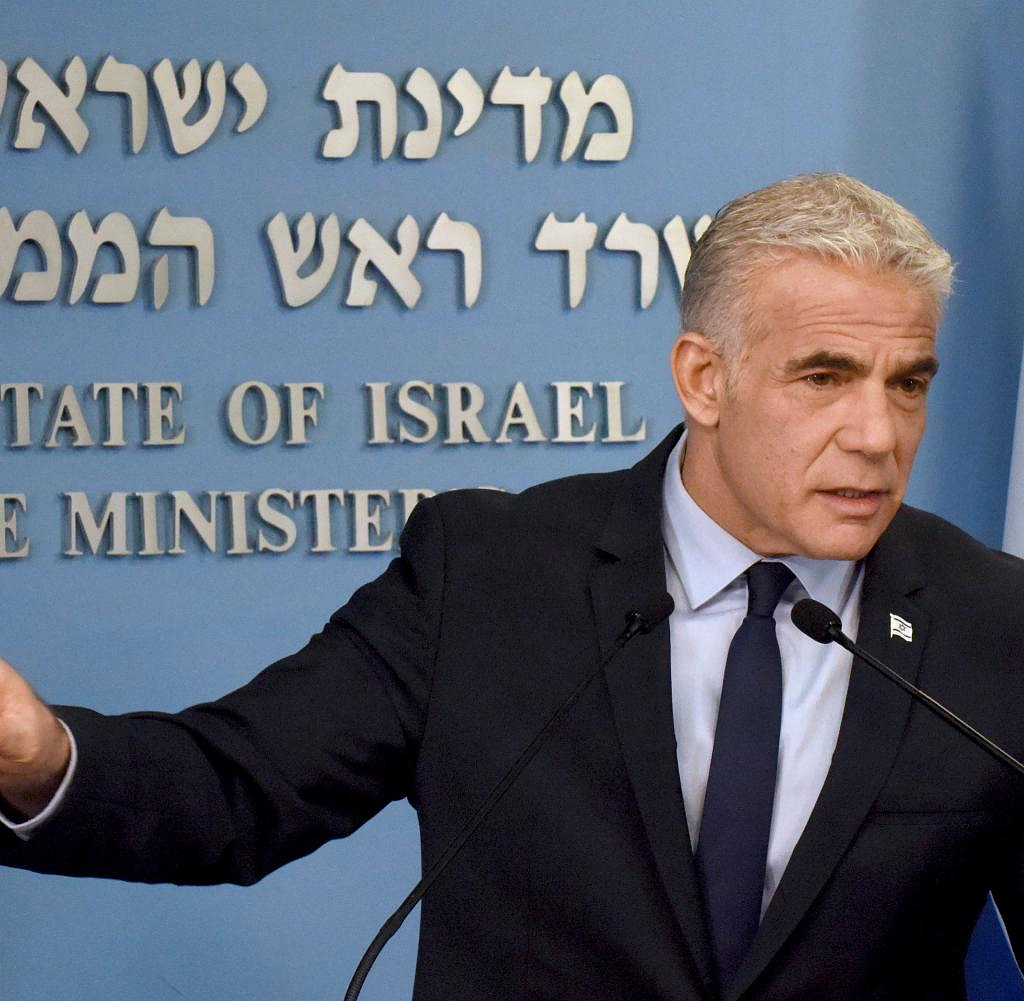 Israeli Prime Minister Jair Lapid has called on the West to renounce an agreement with Iran over its nuclear program. An upcoming deal is a "bad deal," Lapid said at a press conference in Jerusalem on Wednesday. The negotiators allowed Iran to manipulate the negotiations. If an agreement is reached, it would reward Israel's enemies, Lapid said.

Lapid criticized that "Western countries are drawing a red line, Iranians are ignoring them, and the red line is moving". The agreement that is emerging does not meet the standards set by US President Joe Biden. Lapid accused the EU and other negotiators of yielding to Iran's belated demands.

Biden has shown eagerness to reactivate the 2015 Iran nuclear deal. The deal eased sanctions on Iran. To do this, Iran had to limit its nuclear program. The deal fell through after then-US President Donald Trump withdrew the US from it in 2018.

"We are not ready to live with a nuclear threat hanging over our heads from an extremist, violent Islamist regime," Lapid said. "That will not happen. Because we won't let it.

‹ ›
Keywords:
NewsteamLapidJair (Sohn)IranIsraelPolitikNuklearer TerrorJerusalemPolitikIsraelMullahRegimeJair Lapid
Your comment has been forwarded to the administrator for approval.×
Warning! Will constitute a criminal offense, illegal, threatening, offensive, insulting and swearing, derogatory, defamatory, vulgar, pornographic, indecent, personality rights, damaging or similar nature in the nature of all kinds of financial content, legal, criminal and administrative responsibility for the content of the sender member / members are belong.
Related News