The government has just drawn up an "immediate action plan" to respond to the difficulties of caregivers. 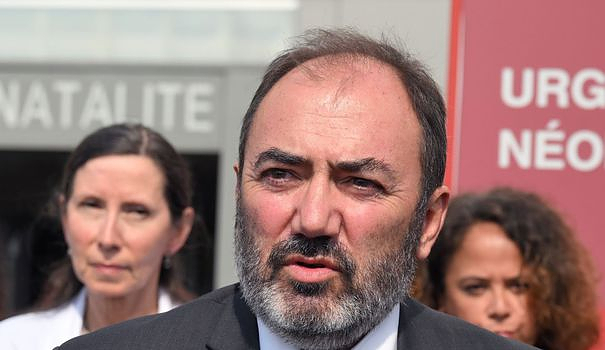 The government has just drawn up an "immediate action plan" to respond to the difficulties of caregivers. On Friday, nearly four thousand pediatric caregivers sent an open letter to Emmanuel Macron to deplore unsuitable working conditions and care, the results of "irresponsible political inaction". They highlighted a "loss of meaning" in their profession, "a consequence of bureaucratic governance and activity-based pricing, leading to overall exhaustion and a massive departure of hospital staff".

“We trigger, where necessary, the famous white plans to recall additional personnel and to have better cooperation in the territories”, detailed this Sunday, October 23 on CNews the spokesperson for the government, Olivier Véran. The "white plan" contains organizational measures intended to deal with an exceptional health situation or increased activity of a hospital.

“We have an epidemic of bronchiolitis earlier than usual which arrives on a hospital out of breath and on which it is necessary to do a thorough work”, explained the Minister of Health François Braun on BFMTV, announcing in stride. the release of 150 million euros for all "under pressure" services at the hospital. The use of this money, available "immediately", will be concerted in the coming days with the regional health agencies (ARS) and all the stakeholders, it was specified in the entourage of the minister. .

According to the signatories of the open letter to the Head of State, the bronchiolitis epidemic is indeed saturating the already "bloodless" services. For two weeks, this respiratory disease which affects babies and sometimes leads them to hospital has resulted in "a marked increase in emergency room visits" in children under two years old, followed by more hospitalizations than the year. last, underlined Thursday the director general of the regional health agency (ARS) of Ile-de-France, Amélie Verdier. The risk of saturation of hospitals hovers: in pediatric intensive care, already 16 young patients have had to be transferred outside Ile-de-France, to the CHUs of Amiens and Rouen, in particular.

The objective of the 150 million euros released is therefore to "be able to meet urgent needs", such as staff reinforcements or the enhancement of the arduousness of certain exercises (guards and night work, for example). These urgent measures are "intended to join forces with more lasting measures", promises the government. "Of course, we are going to take care of all the children who need to go to the hospital", insisted François Braun, "but we must help ourselves by avoiding going to the hospital when it is not necessary. ".

"The government was obliged to react quickly but there is a real fundamental problem", reacted for her part Isabelle Desguerre, head of the neuropediatrics department at the Necker hospital in Paris, one of the signatories of the letter to Emanuel Macron. "150 million is a figure effect. The problem is not the money but recognizing the status of caregivers, making them want to work in hospitals, putting real caregiver ratios per child", she said. .

“We explain that we want structural, urgent reforms and we are answered with a white plan used once a year since 2019. The white plan means moving nurses, canceling leave, it only stretches the way whose care we practice”, abounded Mélodie Aubart, neuropediatrician at the Necker-Enfants Malades hospital in Paris, also a signatory of the open letter. "We can't continue to permanently put bandages on a wooden leg."

The Ministry of Health has also promised the organization, in the spring, of "assizes of pediatrics" which will put "around the table all the stakeholders concerned in order to work on all the structural difficulties". In their letter, the caregivers denounced a series of dysfunctions, ranging from hospitalizations of children in unsuitable places to distant transfers, postponements of scheduled surgical interventions, or even premature discharge from hospital... of degradation which led to "delays in care" and "the endangerment of children".