During their almost one-week visit to the Vatican, the German bishops pressed Pope Francis for a decision on the future of Cologne Cardinal Rainer Maria Woelki. 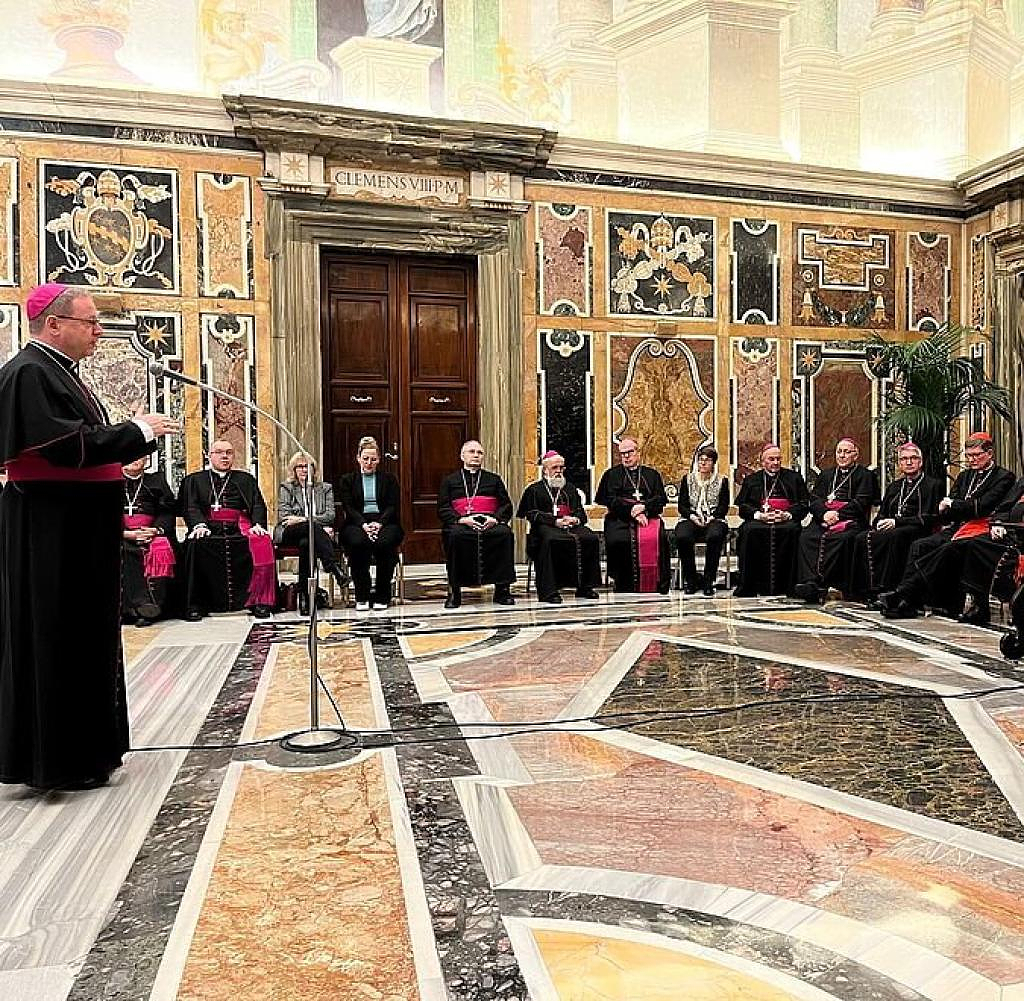 During their almost one-week visit to the Vatican, the German bishops pressed Pope Francis for a decision on the future of Cologne Cardinal Rainer Maria Woelki. The chairman of the German Bishops' Conference, Bishop Georg Bätzing, said in Rome on Saturday: "It has been made very clear that the situation in the Archdiocese of Cologne is becoming increasingly unbearable, both for the Archbishop and for the faithful."

Woelki has long been criticized for cover-up allegations in the context of the Catholic Church's abuse scandal; Pope Francis has not yet decided on Woelki's resignation. Criminal investigations against the 66-year-old have recently been launched. The allegation of false affidavit, which Woelki rejects, is being investigated.

Bätzing said Francis did not want to make a decision under pressure. However, it must also be taken into account that the pressure in Germany is becoming unbearable. The Pope has not commented on this, but wants to make the decision himself. Francis had already ordered the man from Cologne to take a break of several months last year.

More than 60 bishops traveled to Rome for the mandatory ad limina visit, which usually occurs every five years. It was the first visit of this kind in seven years. In the Vatican they met heads of important authorities of the Holy See in addition to the Pope.

He is leaving the Vatican with mixed feelings: "Relief and concern" are his two impressions, said Chairman Bätzing.

In his own words, the chairman of the bishops' conference feels relieved because all the topics in the talks with the cardinals and Pope Francis have come up on the table. But he is worried because he cannot estimate what dynamic the visit will unfold on the so-called synodal path of the German church.

The synodal path of the German Church wants to achieve reforms within the Catholic Church. In the world church, however, the German striving for reform is viewed very skeptically. Bätzing said this remained the case during the talks with the German bishops. Nevertheless, the bishops' conference stuck to their concerns. "In Rome we discussed the matter in a tough and authoritative manner."

According to Bätzing, Cardinal Marc Ouellet, the prefect of the Bishops' Congregation, fears that the synodal path in Germany could ignite a conflagration in the church. However, the German bishops had made it clear that the Church lived in a time when blockades, bans or intimidation were no longer possible. It was the first visit of this kind in seven years.

‹ ›
Keywords:
NewsteamKatholische BischöfeVatikanWoelkiRainer MariaKatholische KircheKölnRainer Maria WoelkiMarc OuelletDesignRomGeorg BätzingKircheBischof
Your comment has been forwarded to the administrator for approval.×
Warning! Will constitute a criminal offense, illegal, threatening, offensive, insulting and swearing, derogatory, defamatory, vulgar, pornographic, indecent, personality rights, damaging or similar nature in the nature of all kinds of financial content, legal, criminal and administrative responsibility for the content of the sender member / members are belong.
Related News