By signing a pact with France, the British government wants to keep one of its most important election promises and significantly reduce illegal immigration across the English Channel. 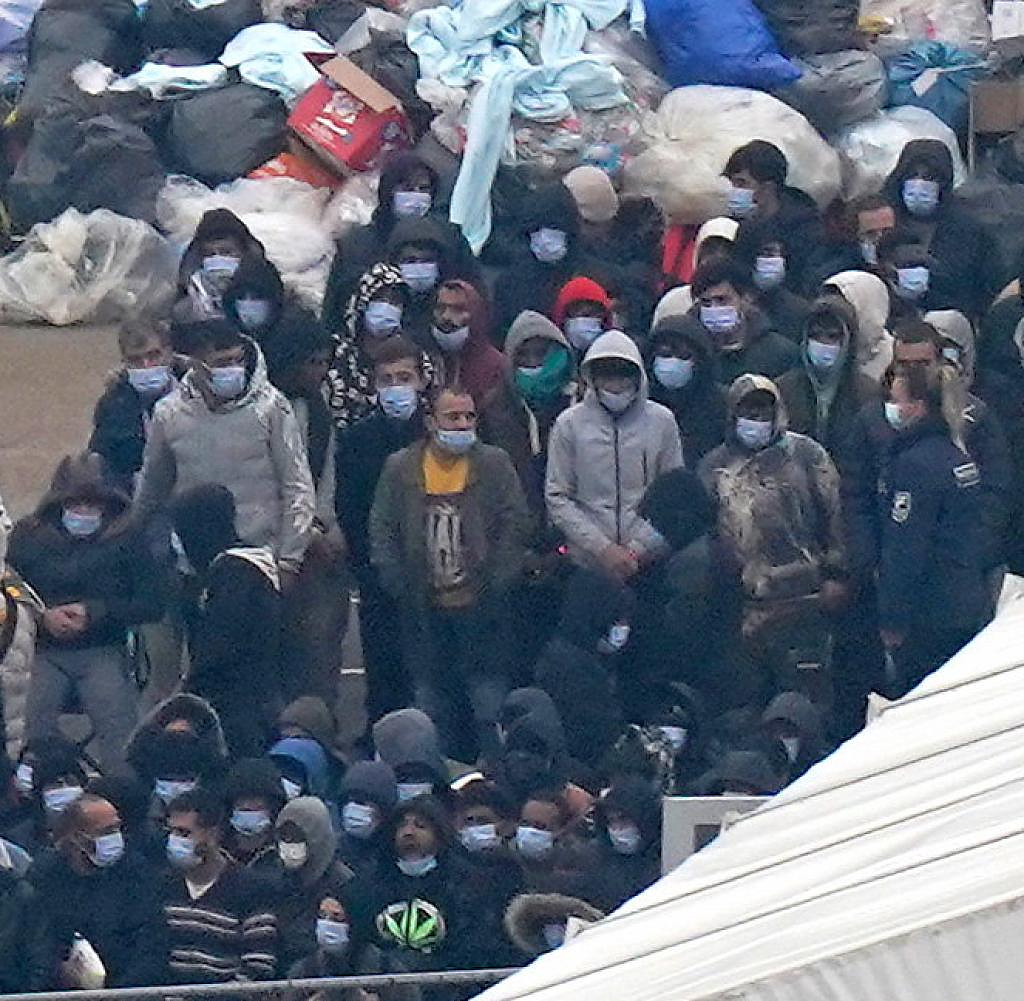 By signing a pact with France, the British government wants to keep one of its most important election promises and significantly reduce illegal immigration across the English Channel. Interior Minister Suella Braverman signed the agreement with her colleague Gérald Darmanin in Paris on Monday, which for the first time provides for British officials to be sent to France as observers – and vice versa. The number of police officers deployed on the northern French coast is to be increased by 40 percent, and new surveillance technology is to be used.

London in particular will pay for this. An amount of 72.2 million euros is planned for the period 2022/2023. In particular, both countries want to target illegal entries from Albania. According to British figures, almost a third of the migrants who make it across the English Channel come from there.

This is mainly due to the fact that criminal Albanian gangs control the refugee camps in northern France, it was said recently in London. France has now also pledged investments in reception centers in southern France. This is intended to discourage migrants coming via the Mediterranean from going to the Channel coast and give them a safe alternative.

Unauthorized immigration is one of the UK Conservative government's biggest concerns, even though the number of migrants arriving is significantly lower than in most EU countries. For years, however, the number of those who make it across the English Channel into the country has been increasing - although London has long promised to solve the problem. Over the weekend, more than 1,800 people in small, often unseaworthy boats reached the British coast. This year there are already more than 41,000 - significantly more than in the whole of 2021 and more than ever before.

The government had promised that freedom of movement would end with Brexit. Since then, a sophisticated system has been supposed to control the migration. But even the most radical plans of the conservative hardliners do not deter people. This includes the idea of ​​flying people who have entered Rwanda illegally, regardless of their background. People should then apply for asylum in the East African country, but they are not allowed to return to Great Britain. But the plan, which has been sharply criticized internationally, is still being challenged in court.

In the past, dealing with migration across the English Channel was often a bone of contention between the two countries. Recently, however, there has been a lot of praise, France is said to have prevented almost 30,000 attempts to cross. Prime Minister Rishi Sunak expressed confidence that the deal will reduce the number of crossings.

The agreement came ten days before the anniversary of a disaster in the English Channel: On November 24, 2021, 27 people drowned when their rubber boat capsized. The danger remains. At the weekend alone, 170 migrants who were on their way to Great Britain in small boats were rescued from distress off the French coast.

But human rights activists and observers are skeptical that the treaty will improve the situation. The refugee organization Refugee Council demanded that London rather ensure safe entry routes and work more closely with the EU. Lucy Moreton of the British border guards union ISU told Times Radio stopping migrants and then forcibly releasing them does not change the situation. Thousands of people are waiting for a crossing in northern France.

Added to this is the often chaotic situation in Great Britain. As reported by the Refugee Council, citing the Ministry of the Interior, more than 120,000 people were recently waiting for their asylum application to be processed - almost four times as many as in December 2017.

Conditions in the Manston reception center in south-east England have recently caused a stir. Designed for 1,600 people, up to 4,000 migrants were accommodated there. Recently there have been several cases of diphtheria. The conservative government relies on toughness. Home Secretary Robert Jenrick claimed over the weekend that migrants were taking advantage of Britain's generosity. ""Hotel Britain" must come to an end," wrote the politician and called for simpler accommodation for people: "Illegal immigrants are not entitled to luxury hotels."

Observers warn that the tone, which is often perceived as inflammatory, fuels racism and right-wing extremism. Just a few weeks ago, a white man threw several incendiary devices at a reception center in Dover.

‹ ›
Keywords:
NewsteamFrankreichPolitikGroßbritannienPolitikTexttospeechFrankreichÄrmelkanalGroßbritannienLondonGérald DarmaninParisSuella BravermanDoverRefugee CouncilTimes RadioRuandaNordfrankreichMittelmeerBrexitRechtsextremismusMigration
Your comment has been forwarded to the administrator for approval.×
Warning! Will constitute a criminal offense, illegal, threatening, offensive, insulting and swearing, derogatory, defamatory, vulgar, pornographic, indecent, personality rights, damaging or similar nature in the nature of all kinds of financial content, legal, criminal and administrative responsibility for the content of the sender member / members are belong.
Related News