Foreigners' right to vote: when the majority revives an old sea serpent

In politics, some proposals are part of what are commonly called "sea serpents". 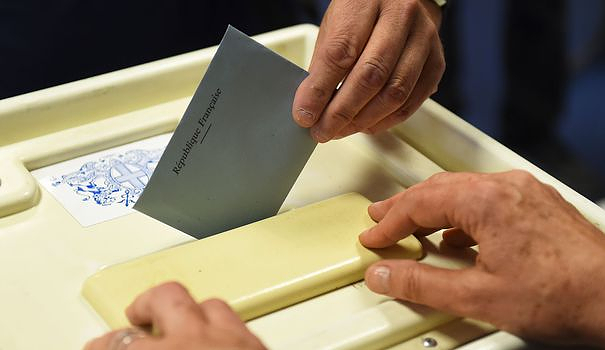 In politics, some proposals are part of what are commonly called "sea serpents". In other words, a subject that resurfaces at regular intervals in the debates, but without finding a solution. This is the case with the issue of foreigners' right to vote in local elections. Renaissance MP (ex-LREM) Sacha Houlié tabled a bill on Tuesday, August 9 to "grant the right to vote and stand as a candidate in municipal elections" to all foreigners, even non-Europeans. This bill "filed in a personal capacity" will be presented to the Renaissance group at the start of the parliamentary term.

Since the Maastricht Treaty in 1992, only citizens of member countries of the European Union can vote in municipal elections. Sacha Houlié wants to lift this condition. "This recognition is long overdue. Yet we owe it to those who have often and for a long time participated in the dynamism of our society", defends the text of the proposal. He also denounces "discrimination between two categories of foreigners".

However, this measure was immediately rejected by Gérald Darmanin. The Minister of the Interior, who proposed a debate in Parliament next October on immigration, "is firmly opposed to this measure", his entourage told AFP. Close the ban, once again, when this measure has been proposed many times over the past forty years to always be better buried?

In 1981, François Mitterrand included this "marker of the left" in his 110 proposals for the presidential election. It specifies that "all adult French nationals of both sexes, enjoying their civil and political rights, are electors, under the conditions determined by law". But from August 1981, the reform was postponed to the Greek calendar after the protests aroused by favorable statements by Claude Cheysson, then Minister of Foreign Affairs, recalls in 2005 Le Monde.

In 1985, in an interview on TF1, the President of the Socialist Republic explains that the French are not ready and "do not allow this reform to be hastened", as Franceinfo reminds us. A few months before the 1988 presidential election, the president, a candidate for re-election, revived the debate: "I am among those who think that this right should be extended." But faced with the hostility of public opinion, he finally abandoned this measure in his "Letter to all French people", which takes stock of his seven-year term. François Mitterrand is then content to "deplore personally" that "the state of our morals" does not allow us to go all the way to adopt this measure.

On May 2, 2000, the National Assembly, then dominated by the plural left, adopted a constitutional bill to this effect. But the Prime Minister, Lionel Jospin, renounces transmitting it to the Senate because the reform would have little chance of succeeding in a period of cohabitation. Indeed, it requires a revision of the Constitution in order to modify article 3, which specifies that the voters are "French nationals of legal age". This can therefore only be done with a majority of 3/5ths of Parliament or by referendum. On December 8, 2011, the Senate, at that time dominated by the left, in turn adopted a bill granting this right to vote to non-EU foreigners. But with the National Assembly leaning to the right, the measure still has no chance of succeeding.

During the 2012 presidential campaign, François Hollande took up the idea in his 60 commitments. This is his 50th proposal, where the socialist candidate promises to grant the right to vote in local elections "to foreigners who have been legally resident in France for five years". On May 2, 2012, during the debate between the two rounds against Nicolas Sarkozy, he said he was ready to go as far as a referendum if the measure did not receive three-fifths of parliamentarians.

From the following September, however, the government expressed its first doubts: the Minister of the Interior at the time, Manuel Valls, considered that the reform did not represent "a strong demand", before calling for "not to rush ". But the Socialist Party does not disarm. Rue de Solférino multiplies the pressure on the executive to push him to move forward. Seventy-seven Socialist deputies thus appealed to keep François Hollande's campaign promise "quickly" in a column published in Le Monde, dated September 17, 2012. "The reform must intervene quickly, to give itself the means to apply it during the next municipal elections" of 2014, write these elected officials, where we find in particular Karine Berger, Élisabeth Guigou, Christian Paul or Jean-Jacques Urvoas. On December 12, 2012, the First Secretary of the PS, Harlem Désir, wrote an open letter to all parliamentarians, published in Liberation, to call on them to support this reform "key to integration" which "will make it possible to fight against the withdrawal of identity ".

François Hollande undertakes on May 16, 2013 to present a text after the municipal elections of 2014, stressing that Parliament "will (it) adopt it if it wishes". On May 6, 2014, the President of the Republic reaffirmed during an interview on BFMTV and RMC that a legislative text on this right to vote would be "again proposed" before the end of the five-year term, "so that, in the preparation" municipal "in six years, there can be this reform". While acknowledging that there was "no majority today to vote for this text". During his speech Monday, December 15, 2014 at the Museum of the History of Immigration, François Hollande once again said he was "favorable" to this measure, calling on the "republican forces" to "take their responsibilities" to remove political obstacles .

A headache for the executive, the right to vote for foreigners in local elections is however buried a year later. "This is no longer the subject", said Prime Minister Manuel Valls on November 3, 2015, saying he was "convinced" that this campaign promise by François Hollande "will not be implemented" and "will not be proposed again to the next presidential election. Interior Minister Bernard Cazeneuve agrees: at Liberation, he said that it had "no chance of being applied in the short term".

On the right, some officials have come out in favor of this measure. At the beginning of October 2002, in a text entitled "For a new integration policy" which he sent to the Prime Minister at the time, Jean-Pierre Raffarin, to François Fillon and to Nicolas Sarkozy, Yves Jego, deputy (UMP) of Seine-et-Marne, declares itself in favor of the participation of non-EU residents in local elections.

Nicolas Sarkozy has evolved on this subject. As Le Parisien recalled in 2011, he came out against "unambiguously" in 1997, because this right "must be reserved for French citizens". In 2001, in his book Libre, he declared himself in favor of it this time, for foreigners in a regular situation who "pay taxes", "respect our laws" and justify five years of residence. In October 2005, he is still in favor, but now subject to ten years of residence, he said in an interview with Le Monde. He then attracts the wrath of his own camp. The President of the Republic, Jacques Chirac, and the Prime Minister, Dominique de Villepin, firmly opposed, refer to naturalization, the only condition in their eyes for access to the right to vote. President of the Republic, Nicolas Sarkozy said, in April 2008, for "an intellectual title" but assures that he does not "have the majority". Change of posture three years later, on November 23, 2011: he opposes it by pinning the "hazardous" initiative of the PS in the Senate.

"This is an essential question that deserves education, support and debates, so as not to fall into caricatural positions", judge in Marianne Bruno Cautrès, CNRS researcher at the Center for Political Research at Sciences Po, the CEVIPOF. He also points out that for Macronie, it would nevertheless be "an opportunity to mark its difference with the Republicans and to revive the famous 'at the same time'." A "at the same time" already quickly closed by Gérald Darmanin.