Everything you need to know about the Midterms 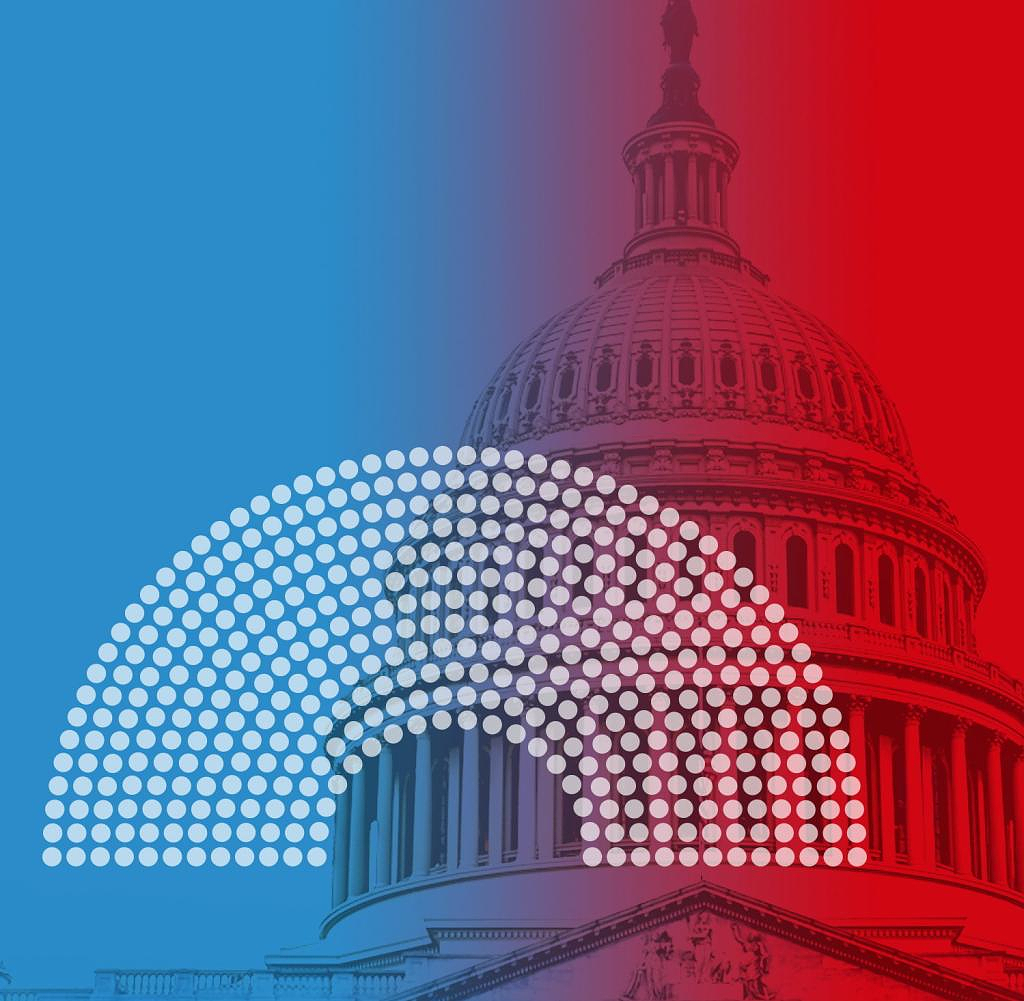 The midterms always take place on the Tuesday after the first Monday of the respective November election. This year it is November 8th. The first polling stations close at 6 p.m. Eastern Standard Time (midnight in Germany) in Indiana and Kentucky, the last one closes at 1 a.m. in Alaska (7 a.m. in Germany).

The US Congress consists of two "houses", the 435-seat House of Representatives and the 100-seat US Senate. In the United States Senate election, 34 of the 100 Senate seats are up for election. The 34 regular elections were joined by an extraordinary election in Oklahoma with the announced resignation of Republican Jim Inhofe. Of those 35 seats, 14 are currently held by Democrats and 21 by Republicans.

In the United States, basically only two parties play an important role in the political system: the Democratic Party and the Republican Party. The Democrats currently have a majority of 222 to 213 seats in the House of Representatives, and both parties each have 50 seats in the Senate. Of the 35 Senate seats up for election, 14 are currently held by Democrats and 21 by Republicans.

But even before November 8th it's exciting. Because in all 50 states there will be primaries by then. In these so-called primaries, it is determined who Republicans and Democrats will send into the race on election day.

Not only the House of Representatives and the Senate are being re-elected, the governors in 36 states are also up for election. Of these, the Republicans will have 20 before the election and the Democrats will have 16.

As of August 2022, 17 of the 36 governorships are potentially contested, according to experts and forecasting sites such as Real Clear Politicis.

From a historical perspective, it is common for the presidential party to lose the midterms. America's inner turmoil is relatively new: between the parties, between town and country. Democrats and Republicans, once almost indistinguishable from each other, are growing further apart.

The Republicans, stronger than ever under the thumb of ex-President Donald Trump, are blocking, sometimes moving to the right like a sect. The midterms are also overshadowed by the debate as to whether Trump will stand again in the next presidential election. He himself hints at it again and again, but it is also disputed among his supporters whether an early determination before the midterm elections really improves the Republicans' chances - or whether he is not doing much more to drive the Democrats to the ballot box.

Most recently, this effect was indicated after the judgment of the Supreme Court. The Supreme Court is two-thirds conservative and decided in July to abolish the nationwide abortion law. The Republicans cheered - albeit possibly prematurely. Because even in the staunchly conservative state of Kansas, 59 percent of citizens voted in a recent referendum for abortion rights. Trump had won in Kansas 2020 with 56 percent.

The Supreme Court's decision could mobilize Democratic voters for the midterms -- and perhaps even motivate Republican voters to cross their minds elsewhere this time.

However, Joe Biden still suffers from low approval ratings. Since the end of August 2021, American sentiment has shifted, and a majority think he's not doing a good job. A slight upward trend can be seen since Biden's Democrats have notched up some wins:

The US Congress recently passed a climate protection and social package worth billions – an important political victory for Biden. It includes $370 billion for energy security and climate protection - the largest investment in the fight against global warming in US history.

The killing of the leader of the al-Qaeda terrorist group, Aiman ​​al-Zawahiri, was a foreign policy success for Biden – especially after the initially chaotic US withdrawal from Afghanistan.

Nevertheless, Biden's support among voters remains mixed, the Republicans could win an election in 2022. This would widen the political divide - and make Biden a lame duck.