As the Mondial de l'Automobile opens this Monday in Paris, Emmanuel Macron confided his vision and his program on the electric car to the daily Les Echos in an interview published today. 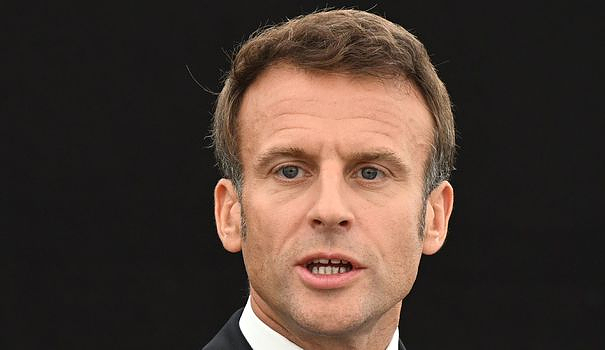 As the Mondial de l'Automobile opens this Monday in Paris, Emmanuel Macron confided his vision and his program on the electric car to the daily Les Echos in an interview published today. The President of the Republic defends the objective of 100% electric vehicles by 2035, "an opportunity to reindustrialize our country" and a necessity, according to him, "to meet our climate objectives". The Head of State wants France to produce two million electric vehicles in 2030, with French and foreign investment. "It's ambitious, but I have confidence in the excellence of our sector, in its leaders and its employees" he assumes, announcing that the million vehicles will be reached in 2027.

Emmanuel Macron intends to develop a "sector 100% produced in France", in order to avoid becoming dependent in particular on China, a major exporter in the field. The president thus hopes that the country will become autonomous on batteries "by 2027", explaining that three major gigafactory projects were on the table. But to achieve this objective, the French must buy these cars, the price of which is still too high for most households. The president therefore announced an increase in the ecological bonus, without giving a precise date.

This, currently 6,000 euros, will be increased to 7,000 euros for half of the poorest households buying an electric vehicle. This aid is valid for vehicles sold for less than 47,000 euros, either compact electrics or SUVs, such as the Renault Mégane or the Peugeot 2008. But it will not, for example, be compatible with a Tesla. This type of bonus has made it possible to take off the electric market in many countries, while they remain much more expensive to buy than their petrol or diesel equivalents. But several governments have already lowered the amounts of aid.

Asked about the American policy favoring the purchase of cars made in the USA, the French president wished to reinforce the "European preference", that is to say the advantages of buying cars made in Europe. The Paris Motor Show also has a large number of Chinese manufacturers this year, who want to launch their electric models on the European market.

"The Americans are buying American and are carrying out a very offensive state aid strategy. The Chinese are closing their market. We cannot be the only space, the most virtuous in terms of the climate, which considers that there is no no European preference, pointed out Emmanuel Macron. I strongly defend a European preference on this aspect and strong support for the automotive sector. We must assume it and it must happen as soon as possible. "

The tariff shield on energy prices will also be extended to refills on electric terminals from January 2023, announced Emmanuel Macron. “Today the prices remain reasonable, we are going to make sure that they will remain so”, affirmed the Head of State, specifying that France had 1.1 million terminals in total for 70,000 public terminals. "Today, 3,000 more terminals are installed each month. We will have 100,000 public terminals on this part at the end of the first half of 2023. And 400,000 in 2030", he assures.

Car rental (leasing) at 100 euros per month for the most modest households should be launched in parallel between the second half of 2023 and the beginning of 2024. "We are working technically on this measure which I want, and above all to define the timetable, precisely to allow the device to be deployed in parallel with the increase in production in France", explains the Head of State. It was a campaign promise.