The police plan to clear the lignite village of Lützerath, which is occupied by activists, early next year. 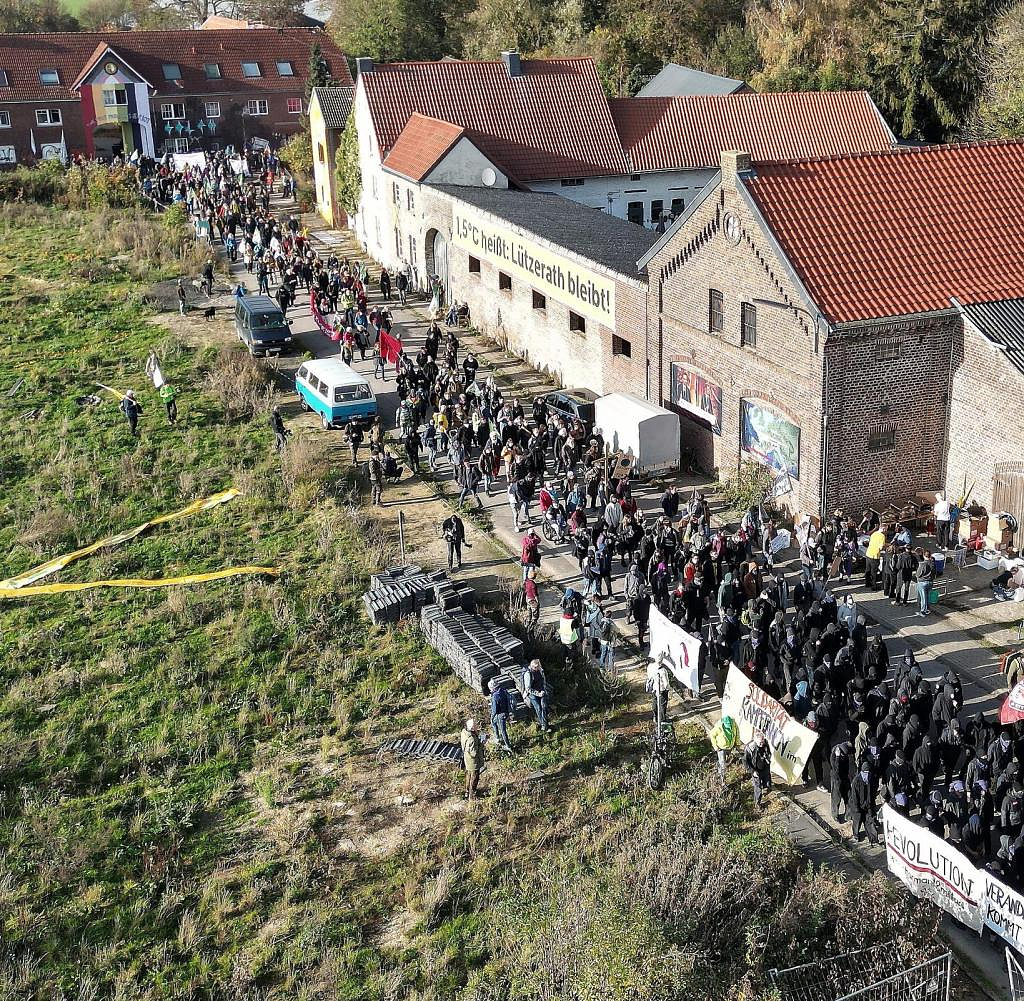 The police plan to clear the lignite village of Lützerath, which is occupied by activists, early next year. "The eviction will probably take place in January," said a spokesman for the Ministry of the Interior in Düsseldorf on Saturday. Specifically, a decision will be made if there is a request for enforcement from the municipality. The "Spiegel" had previously reported about it.

North Rhine-Westphalia's Interior Minister Herbert Reul (CDU) announced on Thursday a large-scale operation in which squatters would be taken away, barricades removed, houses demolished and trees cleared in one fell swoop. According to the ministry spokesman, the responsible municipality – i.e. the city of Erkelenz – must contact the police with a request for enforcement.

Lützerath is to be dredged for coal production. Activists who want to fight for the place live in the houses whose former residents have moved away. At the beginning of October, the Green-led economics ministries in the federal government and North Rhine-Westphalia agreed with the energy company RWE to phase out coal in the Rhenish Revier by 2030.

‹ ›
Keywords:
NewsteamBraunkohleBraunkohledorf LützerathDüsseldorfHerbert ReulCDUKrimiRWENRWPolizeiVollstreckungsersuchenWirtschaftsministerien
Your comment has been forwarded to the administrator for approval.×
Warning! Will constitute a criminal offense, illegal, threatening, offensive, insulting and swearing, derogatory, defamatory, vulgar, pornographic, indecent, personality rights, damaging or similar nature in the nature of all kinds of financial content, legal, criminal and administrative responsibility for the content of the sender member / members are belong.
Related News