Because of massive professional doubts about the formal quality of his doctoral thesis, CSU Secretary General Martin Huber has decided not to use his doctoral title. 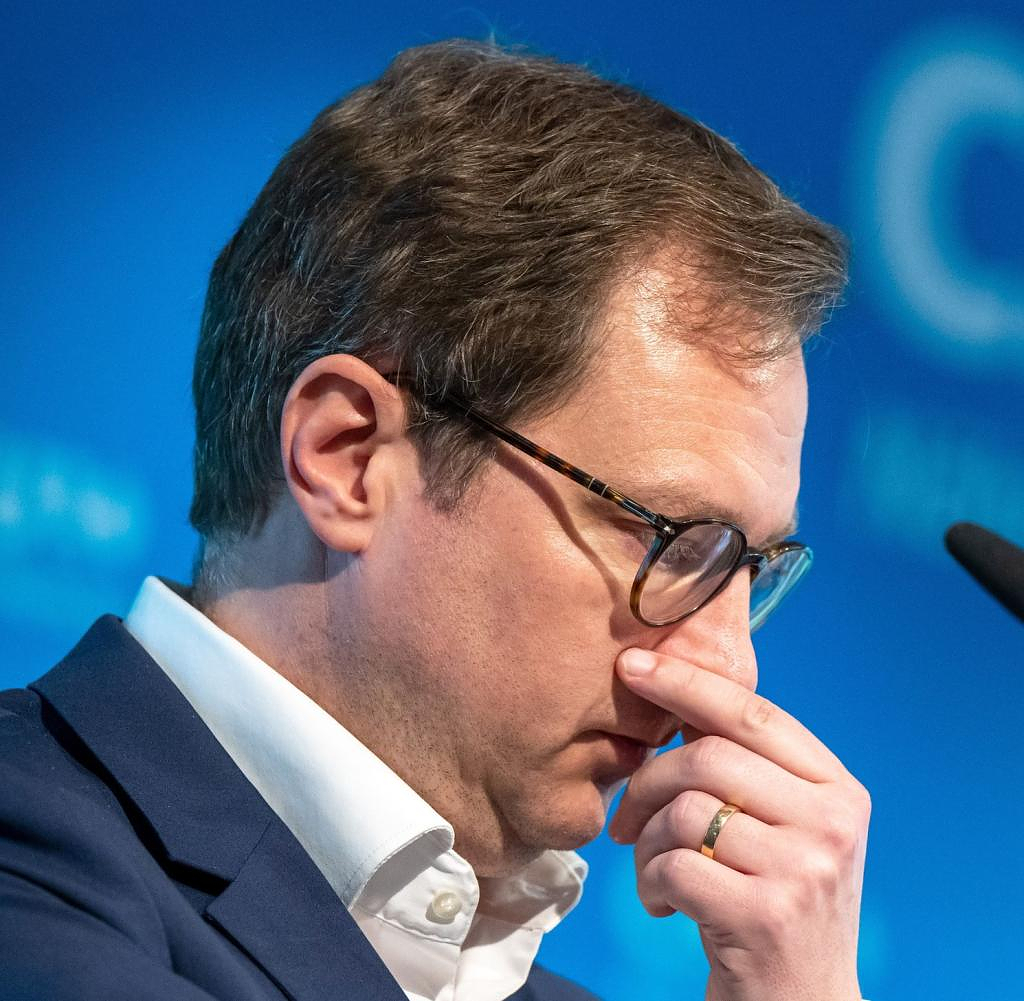 Because of massive professional doubts about the formal quality of his doctoral thesis, CSU Secretary General Martin Huber has decided not to use his doctoral title. With this announcement, Huber reacted on Friday to the results of a review of the doctoral thesis by Munich's Ludwig Maximilian University (LMU).

According to a statement from the LMU, the responsible doctoral committee did not ultimately see any “proven deception”. However, he stated "that the handling of the formalities as a scientific technique does not correspond to the scientific requirements of a dissertation". Huber's work "should not have been accepted as a dissertation work" at the time, but "should have been returned to him for revision".

"I wrote my doctoral thesis to the best of my knowledge and belief," said Huber shortly after the LMU announcement was published. "The assessment of the university is surprising and disappointing for me, but I accept and respect it. As a personal consequence, I will no longer use my doctorate.”

CSU chairman Markus Söder is sticking with Huber as general secretary. "I accept his decision. That's the end of it. Martin Huber remains Secretary General and is doing a very good job,” said Söder.

Shortly after his appointment as CSU General Secretary in May, Huber himself asked the LMU to review his work again “for reasons of transparency”. The reason for this were allegations by the plagiarism researcher Jochen Zenthöfer, who initially spoke in the “Bild am Sonntag” of quotations without or with incorrect source information in the dissertation. At the time, Zenthöfer told the dpa that the standards of good scientific work had not been met in the dissertation. The errors went beyond individual citation errors.

In 2007, Huber published a thesis entitled “The Influence of the CSU on the Western Policy of the Federal Republic of Germany from 1954-1969 with regard to Relations with France and the USA”.

The LMU announced on Friday that Huber had specified the literature that had been taken over. However, he did not comply with the scientific conventions in dealing with research literature, according to which literal and content-related assumptions are to be distinguished. "The fact that the subject and the readership are left in the dark about the relationship between their own work and the work of other authors raises the suspicion of deception," the statement continued. However, an intention to deceive could not be proven without a doubt, since Huber "consistently stated his templates and the supervisor of the work assessed this working method as acceptable".

Huber is not the first top politician, not even from the CSU, against whom there have been allegations of plagiarism. In several cases, however, these weighed noticeably heavier. In 2011, for example, the former CSU General Secretary Karl-Theodor zu Guttenberg had to resign as Minister of Defense - he is said to have copied most of his doctoral thesis from other authors and not marked it. In 2013, the then Federal Education Minister Annette Schavan (CDU) had to vacate her post in the Federal Cabinet, in 2021 the then Federal Minister for Family Affairs Franziska Giffey (SPD). All three got their doctoral degrees – unlike Martin Huber – formally revoked.

Doctor trouble also had Huber's predecessor as CSU General Secretary, Andreas Scheuer. In 2004, he acquired a “small doctorate” at the University of Prague. Since the academic standards of the two countries are not comparable, he is only allowed to use the title to a limited extent in this country - meanwhile, Scheuer no longer uses the title at all.

Huber is under pressure in view of the Bavarian state elections next year. He therefore emphasized after the LMU examination on Friday: "It's good that the examination is now complete, my full concentration is still on my work as CSU General Secretary."

‹ ›
Keywords:
NewsteamPlagiateCSUHubertMartinTexttospeechMartin HuberMarkus SöderLMUTäuschungsabsichtDoktortitelDoktorgradesKrimi
Your comment has been forwarded to the administrator for approval.×
Warning! Will constitute a criminal offense, illegal, threatening, offensive, insulting and swearing, derogatory, defamatory, vulgar, pornographic, indecent, personality rights, damaging or similar nature in the nature of all kinds of financial content, legal, criminal and administrative responsibility for the content of the sender member / members are belong.
Related News