The blocking of Friedrichstrasse in Berlin for cars is illegal according to a court decision. 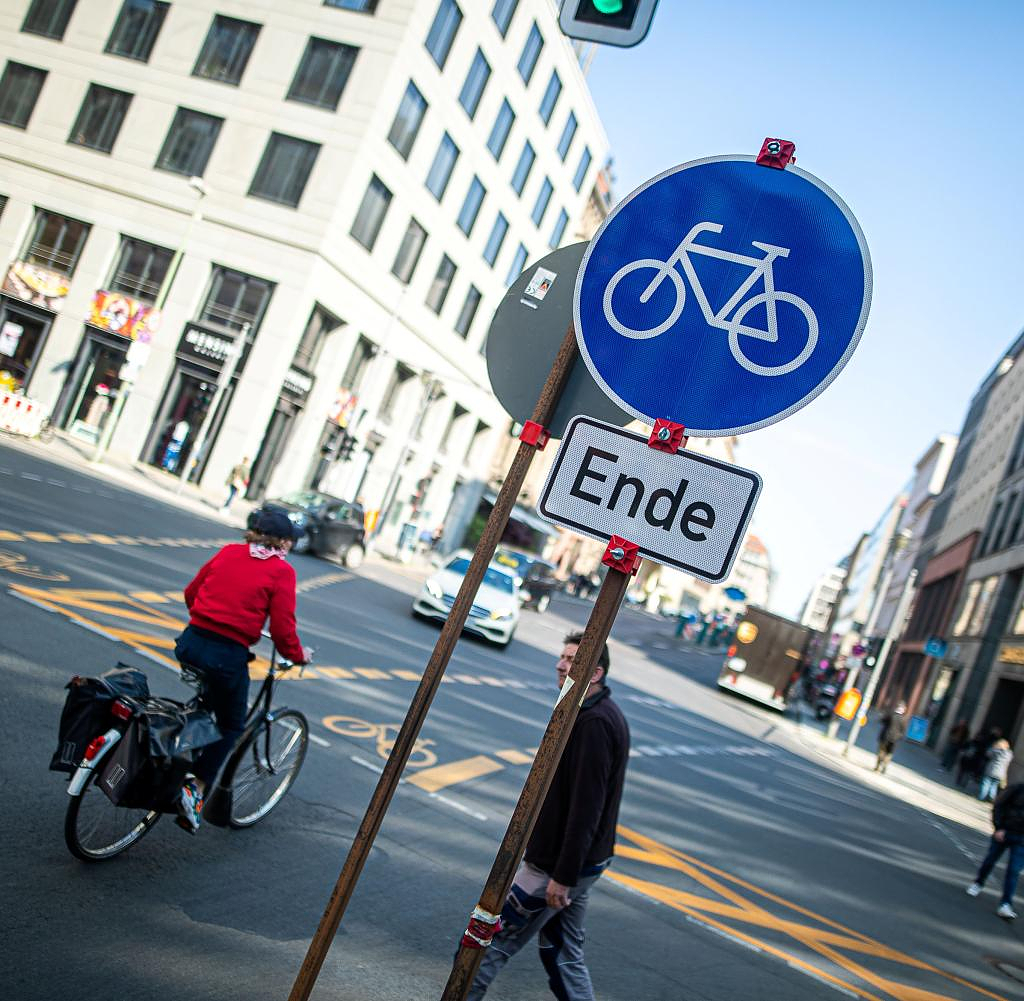 The blocking of Friedrichstrasse in Berlin for cars is illegal according to a court decision. Such a road closure by the Senate is only possible for security reasons, but this requirement does not exist, the Berlin Administrative Court decided, as announced on Tuesday. In an urgent decision, the court agreed with a retailer who had sued.

The Senate Transport Administration, led by Bettina Jarasch (Greens), cited the better quality of stay in Friedrichstrasse as a commercial street for their decision. According to the court, there is no legal basis for this in the road traffic regulations.

The plaintiff runs a wine shop on a parallel street. Traffic had shifted to this street after the closure.

Representatives of the CDU, FDP and AfD welcomed the court's decision. "If your own ideology means that you don't care about legislation and the concerns of local people like in Friedrichstrasse, then that's deeply problematic," wrote Sebastian Czaja, chairman of the FDP parliamentary group in the Berlin House of Representatives, on Twitter.

The decision is not yet final. The Senate Transport Administration announced that it would review the verdict. You can lodge a complaint with the Higher Administrative Court. If the decision becomes final, the Senate must open Friedrichstrasse to cars again within two weeks.

However, the Senate administration has already submitted an application to the Mitte district office to partially remove the road from car traffic. This would turn Friedrichstraße into a pedestrian zone and result in a completely new legal situation. Green Senator Jarasch said on Tuesday that she wanted to continue with this plan.

The traffic test to the "Friedrichstrasse promenade" began in August 2020. Since then, cars have been taboo on a 500-meter-long section with many shops. The experiment cost more than 200,000 euros.

However, the hoped-for upswing for the formerly fashionable shopping street, which at times overtook the Ku'damm but later had increasing problems, has not materialized so far.

‹ ›
Keywords:
NewsteamFriedrichstraßeBerlinJaraschBettinaTexttospeechBündnis 90Die GrünenGrüneBerlin FriedrichstraßeKrimiTwitterAutoVerkehrsversuch
Your comment has been forwarded to the administrator for approval.×
Warning! Will constitute a criminal offense, illegal, threatening, offensive, insulting and swearing, derogatory, defamatory, vulgar, pornographic, indecent, personality rights, damaging or similar nature in the nature of all kinds of financial content, legal, criminal and administrative responsibility for the content of the sender member / members are belong.
Related News