You have the right not to speak. All people know that police cannot question suspects without giving them their Miranda rights. 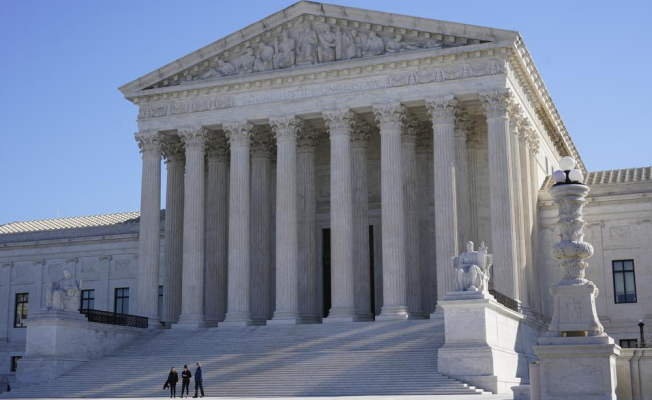 What happens if law enforcement officers fail to read the rights of suspects? On Wednesday, the Supreme Court debated whether a deputy sheriff can be sued for money damages after violating rights of a hospital worker accused of sexually assaulting patient.

The question is whether the Miranda warning, which was recognized by the court in Miranda v. Arizona in 1966 and reaffirmed 34-years later, is a constitutional rights or a less defined status.

A woman suffering from a stroke claimed she was attacked at a Los Angeles hospital. Terrence Tekoh, a hospital worker, was her attacker. Tekoh signed a confession to the attack after Carlos Vega, Los Angeles County Sheriff, spoke to her.

Both sides agree that Vega didn't read Tekoh's rights prior to their conversation at the hospital. They disagree on whether Tekoh was forced to confess.

Tekoh was acquitted of all criminal charges, even though he gave a statement at trial. Tekoh sued Vega for civil damages over his conduct, which he won twice. A federal appeals court decided that Tekoh should be given another chance.

The Supreme Court accepted the appeal of the deputy and agreed to hear the case.

Section 1983, a federal law that allows citizens to sue government workers and police officers for violating constitutional rights, is a federal law.

Justice Elena Kagan stated that she is concerned that Vega will be ruled against by the court. This would "undermine Dickerson," the 2000 decision written by Chief Justice William Rehnquist. Although he was critical of Miranda's decision, he said that it had been ingrained in American culture.

Several justices, however, noted that Rehnquist appeared to have chosen his words carefully in that opinion. Chief Justice John Roberts was a Rehnquist law clerk more than 40 years before he said that his former boss "didn’t say Miranda is in The Constitution." He spoke about the constitutional underpinnings and constitutional basis.

Lawyers for Vega, as well as the Biden administration, argued that civil suits against police officers should be denied because they are not ultimately responsible for any rights violations. They argued that a defendant's rights can be violated only if prosecutors use a statement they have obtained without a Miranda warning during trial.

Vivek Suri, a Justice Department lawyer, said that Miranda was a constitutional right.

Paul Hoffman representing Tekoh said that his client doesn't have any other legal options if he cannot sue Vega. "I am standing here for Mr. Tekoh who was acquitted, and has no other recourse than a Section 1983 violation. Hoffman stated that these actions had destroyed his life.