Consulting firms: "There have been abuses" of ministries, recognizes Bruno Le Maire

The McKinsey affair, and more broadly that of consulting firms, has not finished tormenting the executive. 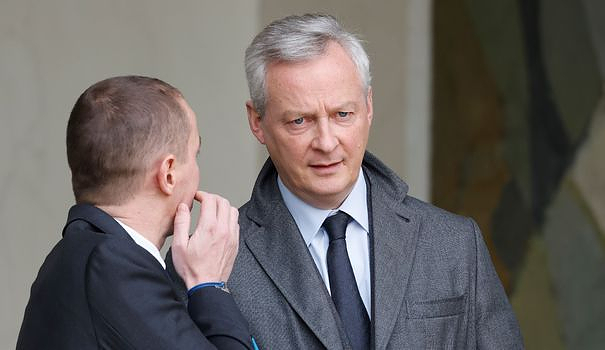 The McKinsey affair, and more broadly that of consulting firms, has not finished tormenting the executive. Following an article in Le Parisien, published on November 24, revealing that the national financial prosecutor's office had opened two judicial inquiries at the end of October - one "on the conditions for the intervention of consulting firms in the electoral campaigns of 2017 and 2022" d 'Emmanuel Macron, the other on suspicion of "favoritism" concerning them -, the Minister of Economy and Finance Bruno Le Maire did not fail to react this Sunday, November 27 in the program "Sunday in politics" , broadcast on France 3.

"I think that there has indeed been a drift, and that it has been corrected. (...) I readily admit it, we have gone too far, for years, we have had too much recourse to firms advice, whether it is this government, previous governments, previous majorities (...) We had probably gotten too used to saying "the administration is not capable of doing this work, we are going to outsource and ask consulting firms. "There have certainly been abuses," admitted the tenant of Bercy, specifying that he did not wish to comment on the legal proceedings in progress.

"This drift was corrected in particular by the circular of the Prime Minister", Élisabeth Borne, who asked all the administrations "to reduce by 15% the use of consulting firms", he assured. And to emphasize that his ministry had "reduced the use of consulting firms by 34%" between the first half of 2021 and 2022. Asked on BFMTV about the statements of his supervisory minister, the Minister Delegate in charge of Public Accounts, Gabriel Attal, for his part mentioned "examples which had actually been given on certain missions which had been carried out and of which we did not really understand the object or what it brought".

The two judicial investigations, entrusted to investigating judges, are in addition to a preliminary investigation opened on March 31, 2022 for "aggravated money laundering of tax fraud" targeting the consulting firm McKinsey, after the publication of the report of a commission of Senate inquiry. In addition to the fact that the American firm had not paid corporate tax between 2011 and 2020, while it achieves in France an annual turnover of several hundred million euros, the parliamentarians had also revealed that the contracts concluded between the State and consulting companies in general had "more than doubled" between 2018 and 2021, to reach the record amount of one billion euros last year.

The insubordinate deputy of La France Clémentine Autain did not mince her words, this Sunday, with RTL, LCI and Le Figaro, denouncing the collusion present in these circles. "Between the macronists and the business community, it's a great love story, and the cuckolds are the French", launched the elected representative of Seine-Saint-Denis. According to her, "what happened is that since Mr. Macron was in the Attali commission [charged in 2007 with proposing reforms favorable to growth, at the initiative of the president of the Nicolas Sarkozy, Editor's note], he forged ties with McKinsey, then campaigned. He was elected, and the budget dedicated to consulting firms has doubled since 2018 to reach one billion euros. Same story on the side of the communist Fabien Roussel who, on Radio J, denounces a “State scandal”.

The secretary general of Renaissance, Stéphane Séjourné, interviewed by France Inter, Franceinfo and Le Monde, called on Sunday to let justice work without interference. He also wanted to recall that "the campaign accounts (of Emmanuel Macron, editor's note) were filed in 2017 and were validated. Those of 2022 have been filed and are being validated". On the merits, he underlined, "our program for 2022 (...) has not been influenced by a growing liberalism of American consulting firms", any more than that of 2017. "The president has -even arbitrated the elements of the program", which "was not influenced by any transatlantic influence".

This is the first time that the National Financial Prosecutor's Office, created in 2013, has opened an investigation against a President of the Republic in office... After having done so against his Secretary General, Alexis Kohler and his Minister of Justice, Éric Dupond-Moretti.