China's fishing trips - "Our sea can no longer withstand the pressure"

To track how the Chinese fishing fleet is moving off the coasts of South America, the Ecuadorian government uses reconnaissance flights from its air force and surveillance specialists from its navy. 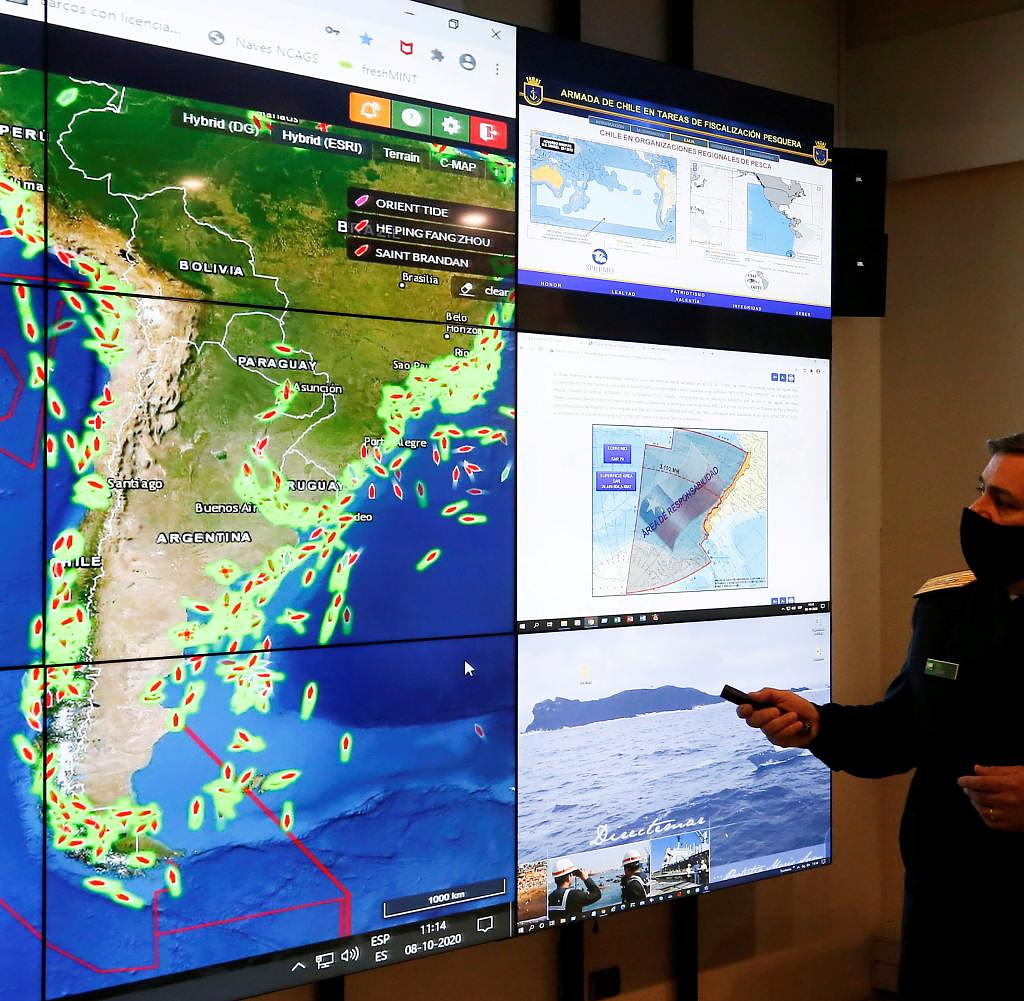 To track how the Chinese fishing fleet is moving off the coasts of South America, the Ecuadorian government uses reconnaissance flights from its air force and surveillance specialists from its navy. In June, Ecuadorian Rear Admiral John Merlo told El Universo newspaper: "Today we have just the right water temperature for squid hunting, so they're almost approaching the limit of the area."

What is meant is the border of the area off the coast in which Chinese ships are still allowed to fish. Such observations are now routine, between 2009 and 2021 the number of ships sailing under the Chinese flag, some of which fish for months in the South Pacific, increased eightfold.

At least since the Ecuadorian authorities were able to arrest the "Fu Yuan Yu Leng 999" with 300 tons of fish, including 6620 sharks, in 2017, there has been concern that China is dramatically overfishing the coasts.

The confiscated illegal catch came from the protected waters off the Galapagos Islands, which are particularly sensitive due to their ecological diversity.

According to estimates, the Chinese deep-sea fishing fleet currently comprises around 17,000 vessels. Only Beijing knows the exact number. China does this with precision, fishing only in international waters and making maximum use of fishing rights.

This is not illegal, but ethically highly controversial when China's ships advance to the maritime borders of the Latin American countries on the other side of the planet. Apparently, however, some Chinese ships also circumvent these borders, as the case "Fu Yuan Yu Leng 999" proves.

A study by scientists found that of the 12 shark species found on the ship, 11 are native to the archipelago and nine have been classified as endangered or critically endangered. That said, the sharks found in the ship's holds almost certainly came from Galapagos waters.

Most national governments on the ground now have such close ties and partnerships with Beijing that criticism of China's behavior is comparatively quiet.

Billions in loans, the ties with the Latin American infrastructure and the growing direct or indirect influence of the Chinese media have ensured a steadily increasing relationship of dependency.

If the observations of environmentalists are correct, then the Chinese fishing fleet migrates with the seasons from the coasts of Ecuador via Peru to Argentina - always up and down.

"With the long-distance fleet operating in the South American Pacific, particularly for the giant squid, it is a fact that most of the vessels fly the Chinese flag, but there are also fishing vessels flying the flags of South Korea and Taiwan," said Global Fishing spokeswoman Nancy De Lemos Watch on request from WELT with. Global Fishing Watch has listed their findings on the NGO's website.

"Our sea can no longer withstand this pressure," Alberto Andrade, a Galapagos fisherman, recently told the New York Times. Not even the pandemic stopped the Chinese ships.

Their presence is making it increasingly difficult for local fishermen to survive in the territorial waters of Ecuador, which is after all a UNESCO World Heritage Site. The technical superiority of the Chinese ships is added to this.

While in 2020 it was still 96.2 percent of the ships sailing under the Chinese flag in international waters off the coast of South America, in 2021 it will be as much as 98.7 percent.

The squid fishery off the South American coast is completely in Chinese hands, the number of fishing days rose from around 95,000 to 98,543.

The handling of the goods usually takes place on the open sea, hidden from the eyes of the public. In 2020 there were still 19 port visits by 13 ships in the Peruvian ports of Chimbote and Callao, but in 2021 the number fell to three. The number of handling encounters at sea was 2511 in 2021 - around 1000 more than in the previous year.

Greenpeace's Luisina Vueso recently told Argentina's Bariloche Digital portal: "Transhipments at sea allow fleets to operate out of sight of authorities, making it easier for them to hide illegal catches and giving them more time at sea." to stay."

Global Fishing Watch began monitoring the squid fleet in remote waters in 2019 after first Peru, then Chile and Ecuador decided to make their VMS data transparent. The Vessel Monitoring System (VMS) is an automatic satellite-based monitoring system for fishing vessels.

The countries were keen to get more information about the movements and locations of long-distance fishing vessels, which usually operate near their exclusive economic zones, the NGO explains its approach.

Ecuador's government, like so many others, remains cautious and is striving to expand trade relations with China.

President Guillermo Lasso just announced a renegotiation of his foreign debt with Beijing in September, which should allow the country to save more than $1.4 billion by 2025. According to Lasso, this is a great success for Ecuador's economy. NGOs and fishing companies probably see things differently.

‹ ›
Keywords:
ChinaPolitikFischereiEcuadorLateinamerika
Your comment has been forwarded to the administrator for approval.×
Warning! Will constitute a criminal offense, illegal, threatening, offensive, insulting and swearing, derogatory, defamatory, vulgar, pornographic, indecent, personality rights, damaging or similar nature in the nature of all kinds of financial content, legal, criminal and administrative responsibility for the content of the sender member / members are belong.
Related News