Caroline Cayeux leaves the government, her declaration of assets was deemed "undervalued" 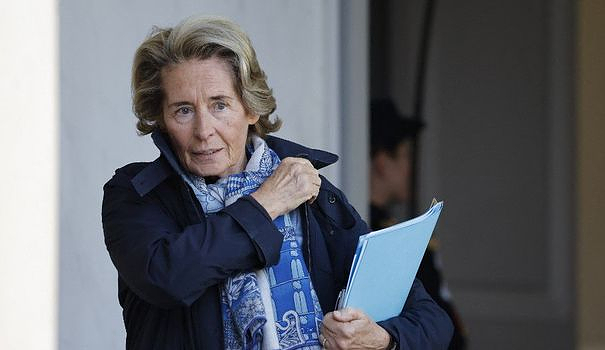 The Minister Delegate for Local Authorities, Caroline Cayeux, resigns. "At his request", Emmanuel Macron put an end to his functions on Monday, November 28, the attributions of which are taken over by his colleague in charge of Rurality Dominique Faure, announced the Elysée. Dominique Faure, thus becomes "Minister Delegate to the Minister of the Interior and Overseas Territories and to the Minister for Ecological Transition and Territorial Cohesion, in charge of Local Authorities and to the Minister for Ecological Transition and Cohesion of the territories, in charge of Rurality", specified the Elysée.

Caroline Cayeux justified herself in the process in a press release: "Following my declaration of assets, the High Authority for the transparency of public life told me that it considered it undervalued". "Caroline resigns to be able to defend herself better and not to interfere with the action of the government", confided one of her supporters to the Parisian.

The HATVP, contacted by AFP, indicated that it would not communicate immediately, pending the meeting of its college on Tuesday.

The timing is tight for the executive. This case comes just a few days after the revelation of the opening of two investigations by the National Financial Prosecutor's Office into the intervention of consulting firms in Emmanuel Macron's 2017 and 2022 election campaigns.

This sudden change of course would therefore have nothing to do with the controversy that followed the appointment of the minister at the very beginning of the summer. For several months, Caroline Cayeux has indeed been accused of homophobia by defenders of the rights of LGBT people, for her positions deemed homophobic. In 2013, at the time of the heated debates on marriage for all, when she was then a UMP senator (now Les Républicains, LR), Caroline Cayeux had described the union open to homosexuals and adoption for same-sex couples as a "reform of whim and design that goes against nature".

These remarks earned him a platform, in the magazine Têtu, on July 11, signed in particular by elected officials on the left, calling for the resignation of "ministers with a past Manif pour tous", Gérald Darmanin and Christophe Béchu were also cited. Asked about the subject by Public Senate on July 12, the former mayor of Beauvais assumed her position: "I obviously stand by my words. But I have always said that the law, if it were passed, I would apply it". Before adding: "I must tell you all the same, I have a lot of friends among these people. Frankly, it's a bad trial that I'm being made and it upset me a lot". Faced with the outcry aroused by the expression "these people", in reference to same-sex couples, Caroline Cayeux then declared "regret" past remarks "stupid and awkward".