They attack, advance, and don't give in: behind the front lines in Kreminna, a strategically important city in eastern Ukraine controlled by Russian troops, Ukrainian soldiers are fighting doggedly for every inch of land. 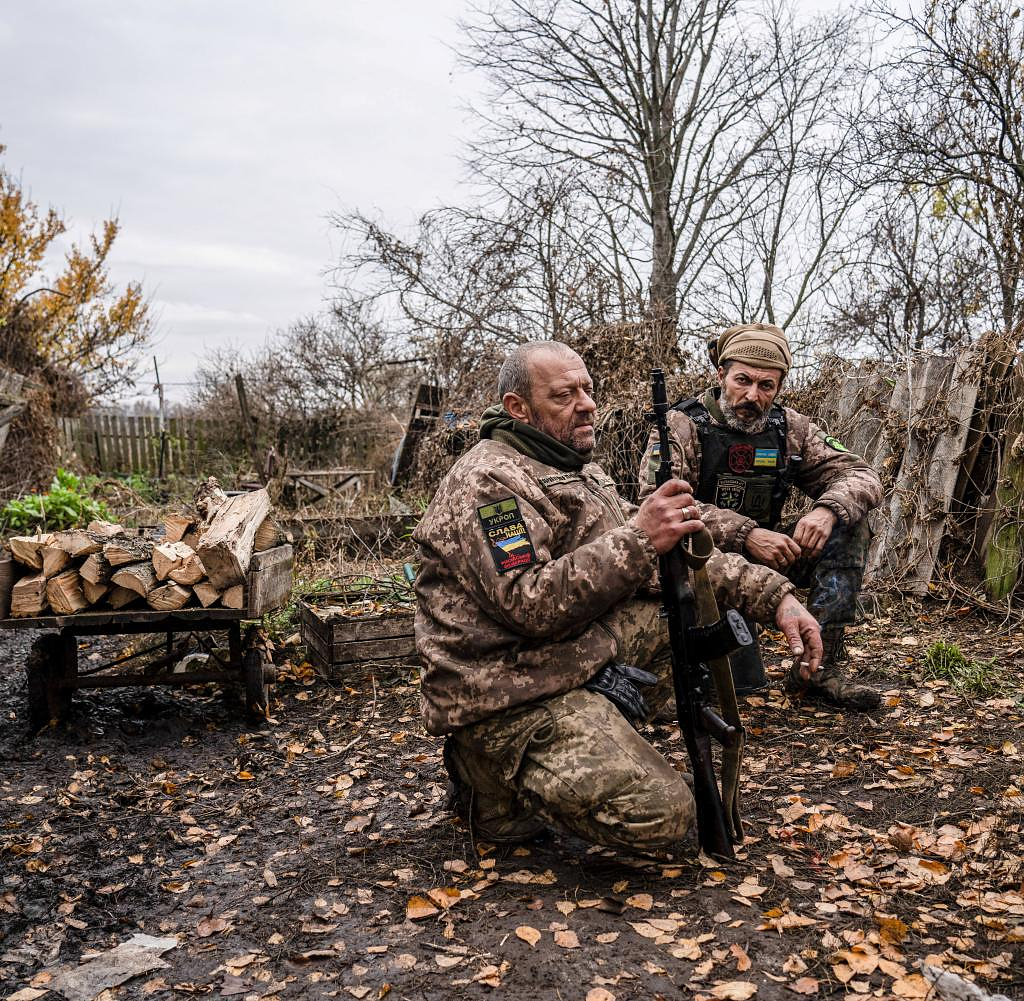 They attack, advance, and don't give in: behind the front lines in Kreminna, a strategically important city in eastern Ukraine controlled by Russian troops, Ukrainian soldiers are fighting doggedly for every inch of land. "We fight them every day, in all weathers," says a 24-year-old Ukrainian soldier, nicknamed Kulak. They would keep attacking the enemy towards Kreminna, he says. But it's not easy.

His people have "a few successes" to show for themselves, says Kulak. But the enemy does not give up. "They are good, they are tough," Kulak told the AFP news agency in Jampil, a village 30 kilometers west of Kreminna. Ukrainian troops recaptured Yampil in a large-scale offensive at the end of September.

Here it is teeming with military vehicles. There are almost as many soldiers as civilians in the largely destroyed village about ten months after the start of the Russian attack on Ukraine. The Russian artillery is audibly close.

In a field behind half-abandoned houses, soldiers are busy servicing two tanks they have christened "Natalia" and "Salvador". They captured them when the Russian army retreated.

"If we liberate Kreminna, we will cut off the Russian supply route to Rubishnye, Severodonetsk and Lysychansk," says a soldier named Vlad, referring to other occupied cities in the region. The Kiev native does not want to put up with Russia's territorial gains. "We want to push them back, get it over with," he says.

Kreminna is in the east of the Luhansk region – along with Donetsk, Kherson and Zaporizhia one of four regions in southern and eastern Ukraine that Moscow declared annexed in September. The city has been the scene of fierce fighting in recent days.

Regional governor Serhiy Gajdaj has been spreading encouraging, albeit contradictory, news in recent days. The Ukrainian troops had advanced two and a half kilometers towards Kreminna within a week, he wrote in the online service Telegram on Thursday. A day earlier he had said the Russians had sent reinforcements but expressed confidence in a recapture early next year.

According to the US think tank Institute for The Study of War (ISW) on Wednesday, the Russian armed forces in the Luhansk region are "apparently preparing for a decisive operation". However, it is "not clear whether these are defensive or offensive missions".

Meanwhile, a few kilometers north of Jampil, bitter fighting is raging around the village of Torskje. The shelling has increased in recent days. It's "reasonably tolerable," says Olga, a retired 69-year-old teacher, but it would be better without the "deafening noise."

Olga meets other villagers in front of the village shop every day. The local grocery store is these days both a collection point for humanitarian aid and a meeting place in one.

Despite the cold, Olga and a few other villagers are sitting around a table. As army vehicles rattle by, they discuss. "This is our living room, we come here to talk," Olga says with a smile, while a woman next to her complains about power outages and a lack of support in the village. "They don't care about us," she says.

A few yards away, an 84-year-old woman wearing a blue headscarf bursts into tears in front of her badly damaged home. "When help arrives, they take everything with them, they don't share anything - why?" she asks.

But Julia Ribalko from the local administration assures that nobody is starving in Jampil. She organizes the distribution of relief supplies such as food, clothing and firewood provided by organizations.

Before the Russians marched in on February 24, 2,500 people lived in Jampil. Today the village has only 600 inhabitants. But most of them would definitely return at some point, says Olga, the former teacher. After all, nowhere is “better than at home”.

‹ ›
Keywords:
NewsteamKreminnaUkraineJampilRubischnjeLyssytschanskLuhanskMoskauOstukraineSwatoveNachschubwegSewerodonezkPolitik
Your comment has been forwarded to the administrator for approval.×
Warning! Will constitute a criminal offense, illegal, threatening, offensive, insulting and swearing, derogatory, defamatory, vulgar, pornographic, indecent, personality rights, damaging or similar nature in the nature of all kinds of financial content, legal, criminal and administrative responsibility for the content of the sender member / members are belong.
Related News