Jen Psaki, White House Press Secretary, stated Tuesday that she was positive for COVID-19 again and would not travel with President Joe Biden to Europe for meetings about Russia's invasion in Ukraine. 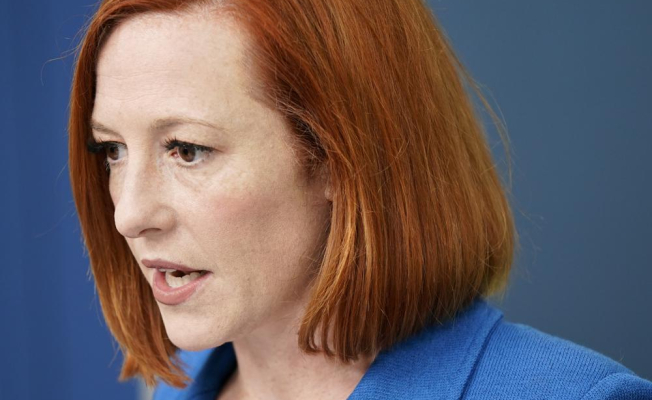 Biden was negative for HIV on Tuesday, she stated.

Psaki posted that she had taken a COVID-19 laboratory test in preparation for the trip. She was later notified that her results were positive.

According to her, she met Biden twice on Monday in "socially distant" meetings and is not considered a close contact under the guidelines of the Centers for Disease Control and Prevention. She stated that she shared the information "out of an abundance for transparency."

Psaki tweeted a statement a few minutes before she was due to enter the White House press box for her daily briefing. She was accompanied by Jake Sullivan (National Security Adviser), who was there to discuss the trip.

After a short delay, Chris Meagher (a deputy press secretary) introduced Sullivan to a waiting White House media corps. He then proceeded with his briefing.

Psaki stated that she would follow CDC guidelines and not accompany Biden to Belgium for a series meetings with European leaders about Russia's war against Ukraine.

Psaki claimed she only had mild symptoms. She also credited her being vaccinated against COVID-19. According to White House COVID-19 protocols she will work remotely and return to work after a five-day period of isolation and a negative test.

It is the second time COVID-19 forced Psaki out of her trip to accompany Biden abroad. After disclosing her positive test, she sat out the last fall's trip in Rome and Glasgow, Scotland.