Would the municipal election in Paris have been brought forward to next week? Information taken, this is not the case. 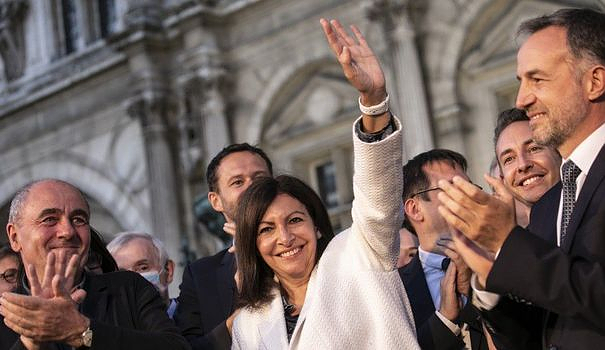 Would the municipal election in Paris have been brought forward to next week? Information taken, this is not the case. But because the lessons of the past are so quickly forgotten, tempers are already heating up, almost four years before the election. It's a classic of our public life: the capital drives politicians crazy. Paris is a screen, Paris is a setting and, in 2024, it will once again be the center of the world. She is well worth a party, even if she is more of a debt.

The skirmish between Anne Hidalgo and the Minister of Public Accounts Gabriel Attal - the first wants to attack the second for defamation after he compared the management of the capital to a "Ponzi pyramid" - is not only part of in the eternal face-to-face between the State and the first city of France, while a setting under guardianship would raise, it, of a completely exceptional event; it bears witness to an unhealthy climate. As Anne Hidalgo assured that she would not run again in 2026, we must expect everything from the one who had sworn not to be a candidate for the Elysée in 2022 and had undertaken not to increase the property tax.

Macronism is not a cure for this madness. Because the great chef obtained 89% of the votes in the second round in 2017 and just under five years later (85%), everyone feels at home in Paris. No extreme right on the horizon, Marine Le Pen not exceeding 15%, that is to say if the place would be clean. Benjamin Griveaux, as soon as Emmanuel Macron was elected, saw himself at the top of the bill, except that the Tarpeian rock is really not far from the capital. Today the ministers' ball resumes, from Clément Beaune to Marlène Schiappa via Olivia Grégoire and Gabriel Attal - he was elected from the Hauts-de-Seine, as his little comrades never fail to remind us and we know that crossing the ring road with a parachute is a perilous exercise, Nathalie Kosciusko-Morizet, from Longjumeau, in Essonne, paid to realize it. Everywhere the weapons are sharpened, Rachida Dati is not the type to play the discreet, Yannick Jadot is announced to the senatorial to better present himself then to the municipal ones, without the socialists. Paris is magic, which makes you lose all lucidity: the proud Philippe Séguin had to fall back in front of Jean Tiberi and the inoxidable Jack Lang retire even before having fought. The story continues.