Alexis Kohler indicted: what is accused of Macron's right arm in the MSC affair

Targeted since June 2020 by a judicial investigation for "illegal taking of interests", "influence peddling", and "failure to report to the High Authority for the transparency of public life", Alexis Kohler was indicted, Friday, September 23, for this first reason and placed under the status of assisted witness for the second. 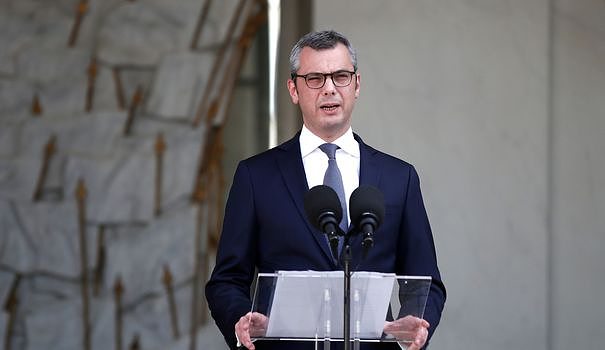 Targeted since June 2020 by a judicial investigation for "illegal taking of interests", "influence peddling", and "failure to report to the High Authority for the transparency of public life", Alexis Kohler was indicted, Friday, September 23, for this first reason and placed under the status of assisted witness for the second. This was indicated on Monday, October 3, by the national financial prosecutor, Jean-François Bohnert. Close to Emmanuel Macron, Alexis Kohler has been the Secretary General of the Presidency of the Republic since May 2017.

The case concerns alleged arrangements that Alexis Kohler would have allowed between the State and the Italian-Swiss shipowner MSC, when he was director of the cabinet of Emmanuel Macron at the Ministry of Economy and Finance, between 2014 and 2016. The MSC company, a major client of the "Chantiers de l'Atlantique", based in Saint-Nazaire, is run by the cousins ​​of Alexis Kohler's mother, the Aponte family, hence the suspicions of conflicts between interests between family and professional views.

In June 2018, the National Financial Prosecutor's Office (PNF) opened an investigation, after the Anticor association - specializing in the fight against corruption - filed several complaints. The economic crime repression brigade had then drawn up two contradictory reports. In June 2019, we could read that Alexis Kohler had “taken no steps to organize a formalized deportation”, when, a month later, the same investigator said the opposite.

This imbroglio had been perceived by the Anticor association as a desire of the State to interfere in the judicial power. She had therefore filed a new complaint in June 2019, by becoming a civil party. This led to this indictment. Despite this rebound, the Elysée confirmed, on Monday, the secretary general in his functions. In a statement, Alexis Kohler's lawyer said his client "strongly contested having committed any offense", and that the rest of the procedure would "allow him to demonstrate his innocence".