Post a Comment Print Share on Facebook
Famagusta
DOLLAR 18,84
EURO 20,21
GOLD 1.136,25
BIST 4.505,34
The state of NRW has to burn millions of masks and van Laack smocks
"That's the only thing I want - drugs"
How Goethe plunged his son into misfortune
"America will soon be in civil war"
Here you can now get funding for the renovation
"It's not just about having sex, it's about much more"
The "Komet" brought Udo Lindenberg his first number 1 hit
Fall and demolition after an abstruse jump to 161.5 meters
"I felt like my heart was being ripped out"
What you should now know about organ donation

Aid organizations warn against the legitimacy of pushbacks

Human rights activists and development organizations warn that illegal rejections of migrants at the EU's external borders could be legitimized by a new legislative proposal. 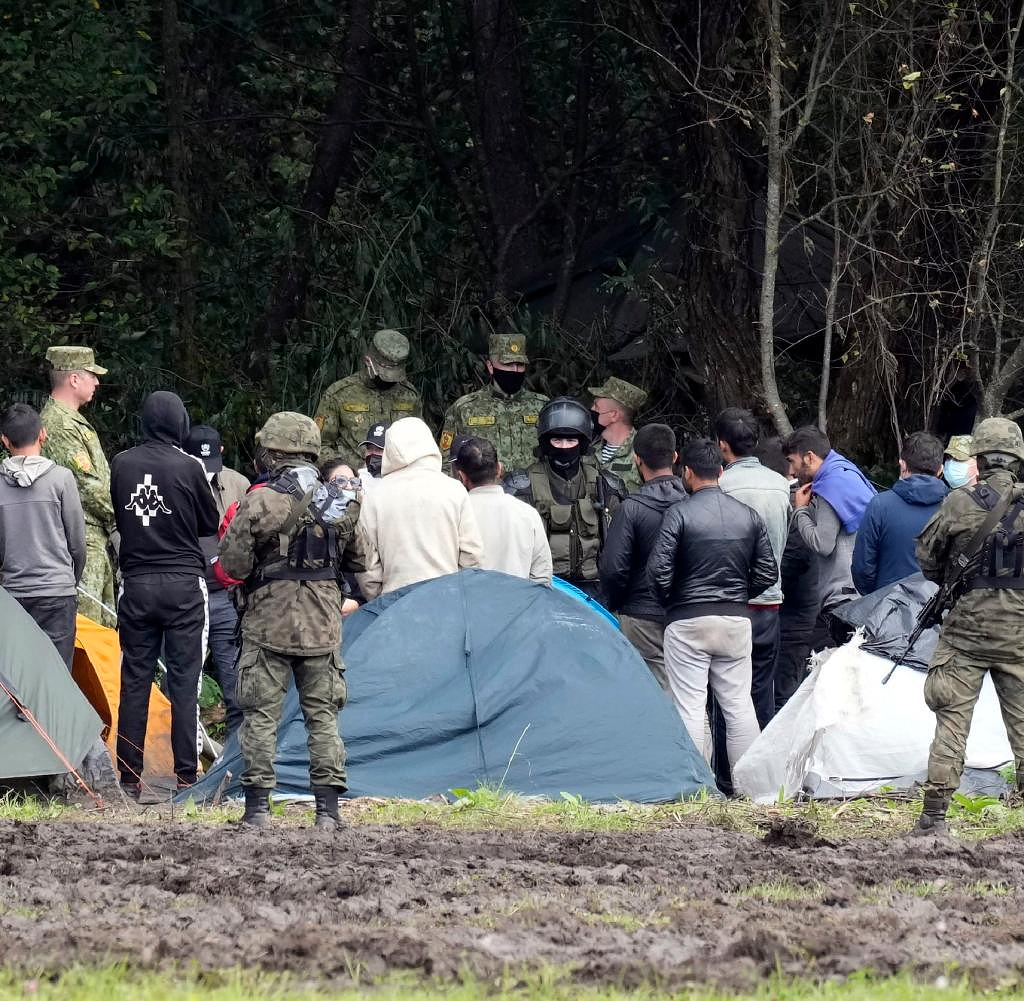 Human rights activists and development organizations warn that illegal rejections of migrants at the EU's external borders could be legitimized by a new legislative proposal. "We call on the federal government to reject the planned instrumentalization regulation," said Andreas Grünewald, migration officer at "Brot für die Welt", the Evangelical Press Service.

The so-called instrumentalization regulation of the EU should allow the member states to deviate from the applicable asylum law. The EU interior ministers could decide on the project at their meeting in Brussels on Thursday. The background to the ordinance took place in autumn 2021. Belarusian dictator Alexander Lukashenko threatened the EU, saying it would "flood the union with migrants and drugs" and lured thousands of migrants to the border with Poland with false promises.

Since then, the EU has been looking for a solution against the instrumentalization of migrants. In December 2021, the Commission presented a proposal for a regulation. The Czech Council Presidency wants to reach an agreement at Council level in December, said Grünewald. In an open letter, "Brot für die Welt" and 34 other aid organizations opposed the regulation.

According to Grünewald, Germany's vote is one of the decisive factors in whether such an agreement is reached. According to the coalition agreement, the parties in the traffic light government want to end the “illegal rejections and suffering at the EU’s external borders”. With the federal government's approval of the regulation, this goal would be a long way off, said Grünewald. "It is really very disappointing that the federal government has not yet positioned itself clearly."

In the fight against the instrumentalization of migrants, the EU is not addressing the third countries that instrumentalize people, but the migrants, said Grünewald. Among other things, the regulation provides that border points are closed in the event of instrumentalisation. Migrants can be detained for five months without starting an asylum procedure. Your registration may take up to three weeks. "In practice, we know that such long periods of time lead to pushbacks because people are not officially in the country yet," said Grünewald.

The definition of what constitutes instrumentalization remains dangerously vague. However, the regulation stipulates that private actors could also be responsible for this. Italy, for example, wants to interpret the regulation in such a way that sea rescue can also be considered instrumental, said Grünewald.

‹ ›
Keywords:
Apple PodcastTexttospeechNewsteamAlexanderEU (Europäische Union)FlüchtlingeMigrationMigrantMigrationspolitikBelarusLukaschenkoAlexander LukaschenkoEvangelische PressedienstAndreas Grünewald
Your comment has been forwarded to the administrator for approval.×
Warning! Will constitute a criminal offense, illegal, threatening, offensive, insulting and swearing, derogatory, defamatory, vulgar, pornographic, indecent, personality rights, damaging or similar nature in the nature of all kinds of financial content, legal, criminal and administrative responsibility for the content of the sender member / members are belong.
Related News