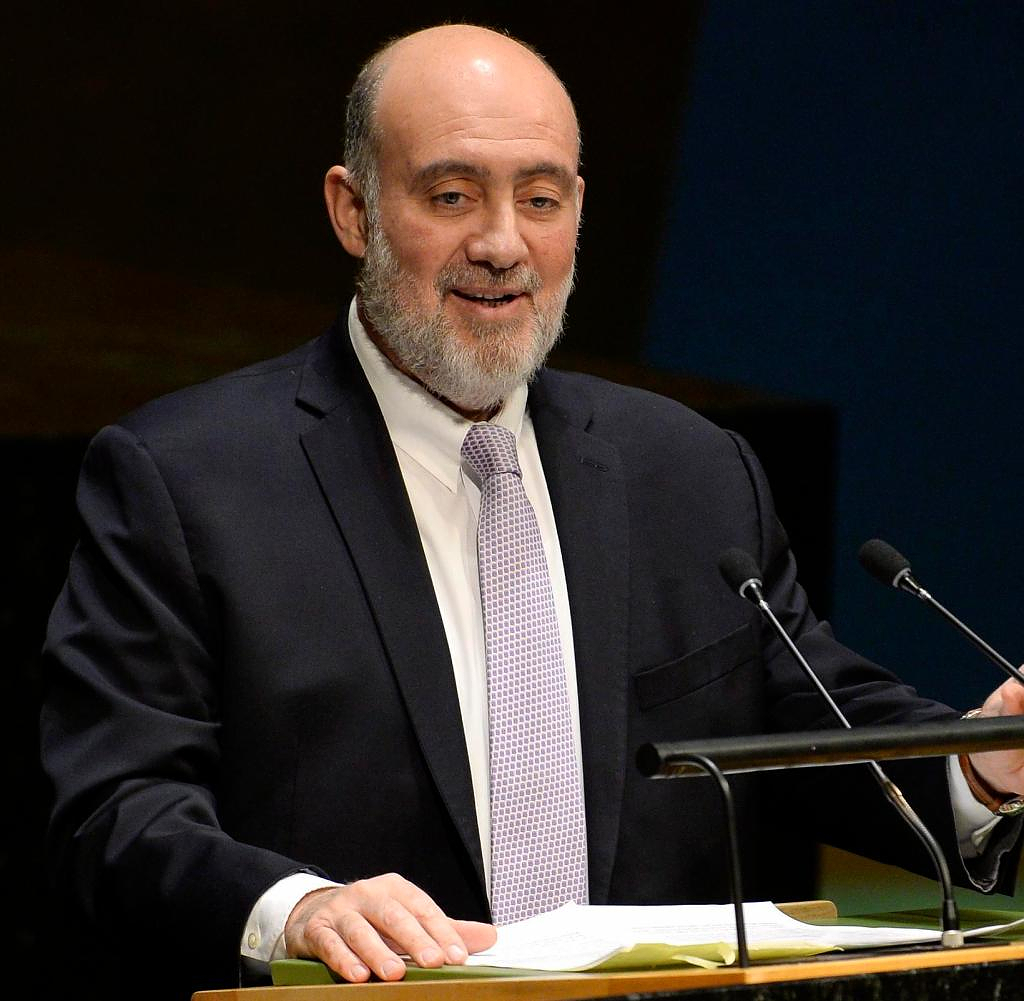 Inaugural visit to Berlin: The new Israeli ambassador to Germany, Ron Prosor, will officially take office this Monday. The former UN ambassador wants to hand over his credentials to Federal President Frank-Walter Steinmeier in the morning.

The 63-year-old Prosor has German roots: his father Uri was born in Berlin in 1927. At the age of six he fled to Palestine with his parents to escape the Holocaust. In Berlin, Prosor will replace Jeremy Issacharoff, who has been Israel's ambassador to Germany since August 2017.

The accreditation of prosors in Germany follows a fixed procedure in Bellevue Palace, the official residence of the Federal President. First, the designated ambassador is received with a small military ceremony in front of the official residence. He then signs the guest book. In the Langhans Hall of the palace, Prosor then presented the Federal President with his letter of credentials and his predecessor's letter of dismissal.

According to the Office of the President, an initial conversation not only offers an opportunity to get to know each other, but also to transmit political news.

When Prosor was appointed ambassador to Germany, the then Israeli Foreign Minister and current Prime Minister Jair Lapid wrote at the end of last year that this "symbolizes the importance of Israeli-German relations and the further strengthening of cooperation with the new government in Berlin". Prosor said on his appointment that he was moved from the bottom of his heart to return to Germany as Israel's ambassador.

Prosor has held several important diplomatic posts and is considered one of the most distinguished Israeli diplomats. Between 2011 and 2015 he was Israel's Ambassador to the United Nations. During his tenure, he accused the UN of having prejudice against Israel. Between 2007 and 2011, the trained artillery officer with the rank of major represented his country in Great Britain. From 1988 to 1992, Prosor was at the embassy in Bonn and maintained connections in the GDR. After the fall of the Berlin Wall in 1989, he established contacts in the new federal states.

When he arrived in Berlin in early August, Prosor emphasized in fluent German that German-Israeli relations had long been close to his heart. Because of his family roots in Berlin, the post of ambassador closes a circle for him: "For me it is not only a professional task, but also a personal one." He not only wants to deepen relations between governments, but also between peoples.

There should also be close contact between Berlin and Jerusalem on a personal level in the future: in a tweet about the inauguration of the former German government spokesman Steffen Seibert as the new ambassador to Israel, Prosor used the familiar form of his counterpart. He called Seibert a dear friend.

Even before he officially took office, Prosor made it clear that he would continue to raise his voice against anti-Semitism in the future. After the Holocaust comparison made by Palestinian President Mahmoud Abbas during his visit to Berlin last week, he called on Twitter not to accept such statements in Germany.

On Tuesday, Abbas accused Israel of multiple "Holocausts" against the Palestinians, triggering outrage.

‹ ›
Keywords:
TexttospeechNewsteamIsraelProsorRonApple PodcastHolocaustPolitikHolocaustLeugnungTwitterVereinte NationRon ProsorMahmud Abbas
Your comment has been forwarded to the administrator for approval.×
Warning! Will constitute a criminal offense, illegal, threatening, offensive, insulting and swearing, derogatory, defamatory, vulgar, pornographic, indecent, personality rights, damaging or similar nature in the nature of all kinds of financial content, legal, criminal and administrative responsibility for the content of the sender member / members are belong.
Related News